Editor’s Note: Playing in bands and attending music festivals was a big part of Southern California native Austin Whitney’s youth. But when he sustained a spinal cord injury at the age of 18, his life changed dramatically. As is the case for most SCI survivors, the first few months of recovery proved difficult for Whitney. Yet just six months post-injury, he found his way back to music by attending a festival in his wheelchair. For the first time since his accident, he was enjoying himself. His insecurities about being different and the anxiety of not knowing what the future held were drowned out by the sounds of bands and cheering crowds.

Years later, wanting to bring the music festival experience to other individuals with disabilities, Whitney, together with his childhood friend Oren Shani, successfully turned his passion into a career when they founded Ten Fifty Entertainment and its nonprofit, Accessible Festivals. The former provides ADA compliance plans and guest services for live events. The latter advocates for higher accessibility standards at festivals and recreational events across the United States. Wheel:Life writer Betsy Bailey caught up with Whitney on the phone while he was prepping for his next show. 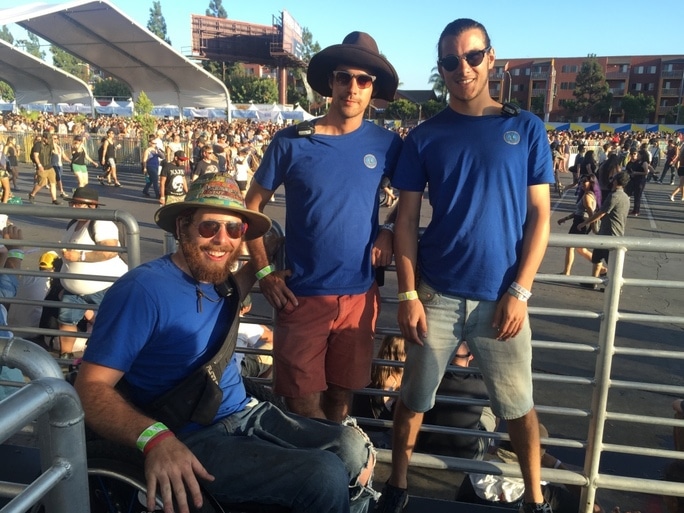 In college, I did some work with accessibility at music festivals, but when I started law school, I put that all behind me. While at UC Berkeley studying law, some friends of mine called me about designing an ADA plan for a festival I really liked, so I agreed to help. After that, I kept getting contacted to work on other events. I had enough potential clients for that summer that I talked to my good friend Oren Shani about turning this into a viable business opportunity together. Having seen the accessibility challenges of events around the country and also having a legal background that allowed me to understand the compliance aspect of things, I thought it would be a good idea.

That's how Ten Fifty Entertainment and Accessible Festivals got started. We're on our sixth year now.

We started our first year with 11 events. This year, we'll be a little north of 80. 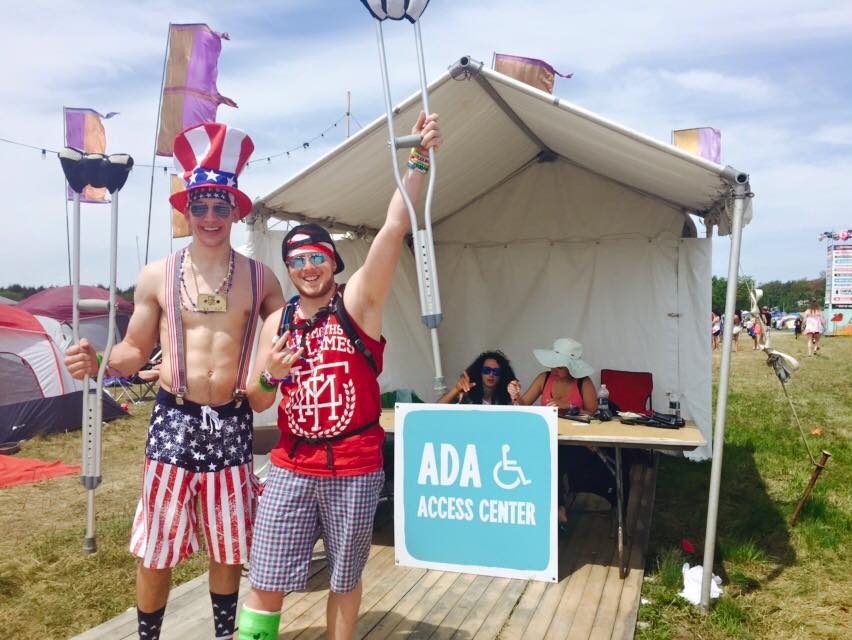 We discovered that if we can figure out how to put together an ADA compliance plan for the chaos that is a music festival, most other types of entertainment settings are fairly tame in comparison. Consequently, we also decided to do conventions as well as political, municipal, and sporting events. We did Pope Francis' visit to Philadelphia with over 1 million people in attendance. We also do LA Pride, the NFL Draft, and popular conventions such as New York Comic Con and Star Wars Celebration.

Everybody's disability is unique. One person in a wheelchair might have totally different challenges than somebody else in a wheelchair. We factor that into the plan. However, at a base level, you have to break things into groups. For example, we'll start out developing a plan for people with mobility disabilities: walkers, crutches, wheelchairs, power wheelchairs, canes, etc. Then we make our plan for guests with auditory and visual disabilities. We also have to think about attendees with dietary disabilities such as celiac disease. How to deal with service animals is included in the design as well. 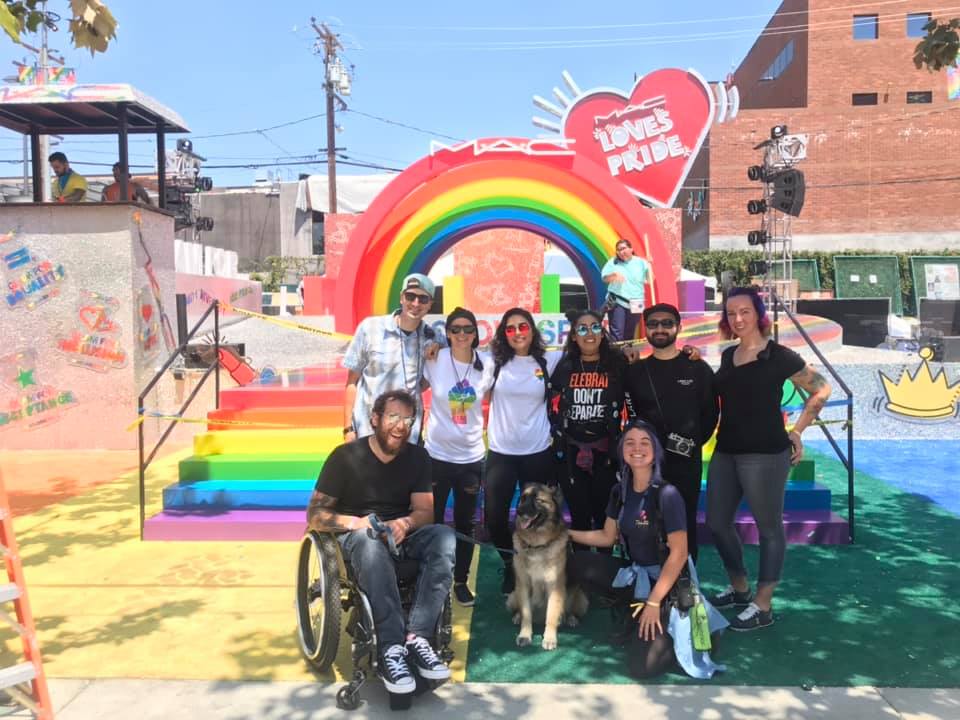 With mobility disabilities, we need to figure out how people are getting to and from the event. Is there accessible transportation available in the area? If people are camping, we need to make sure there are accessible shower units and restrooms nearby. What happens if someone needs to charge a scooter overnight? Is there going to be an accessible pathway, so people can get to and from parking lots, camping sites, venue entrances and exits, stages, vendors, restrooms, and any other major activity areas? We also want to make sure people can see the stages. These are just some of the challenges that we look at and evaluate in determining how to make an event accessible. It all depends on the show. There's no black and white answer.

Our job is to figure out how someone with a condition, ailment, injury, or whatever it might be is going to have an equal chance to enjoy the festival as anybody else.

That's a really big deal. We always aim to do better than ADA compliance because that's a fairly low threshold. We want our events to be welcoming to people with disabilities. 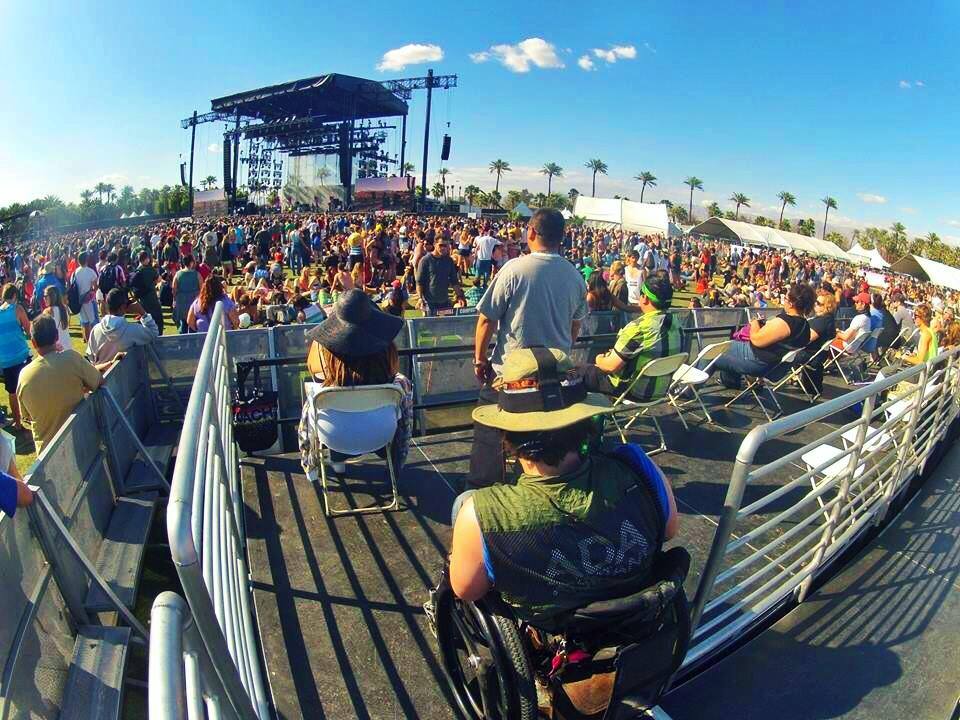 When I first got into this, it was my second year of law school, and I really thought all we'd be doing is selling promoters on limiting their legal liabilities and decreasing their risk of ADA lawsuits. The funny thing is, I rarely spend my time doing that when I'm talking to new clients.

Most promoters really do want to do the right thing.

They spend millions of dollars to build these incredible environments, and they don't want people with disabilities to be excluded. In a lot of cases, they just don't have the skill set to know what they need to do to make it accessible. I think that's why Accessible Festivals and Ten Fifty Entertainment grew pretty quickly. It's something the industry really wanted; it just didn't exist much before we got into it.

At Abilities Expo LA, we would ask people who came by our booth if they liked music. Almost everyone replied with a yes. However, when we would ask if they’d ever been to a music festival, so many people in wheelchairs said no. They just assumed they weren’t accessible. That's why I'm actively living my life to try and break that stereotype.

People imagine Woodstock in their mind and think, “How could that ever be accessible?”

But the fact of the matter is, all of the major music festivals across the country have some sort of ADA compliance program at this point. For Coachella, I have a team of 30 people dedicated to accessibility. I have a fleet of wheelchair-accessible golf carts to help get people around. We put a lot of effort into making sure our guests are accommodated. Most event websites include ADA information, and they also have an email address you can send questions to. There are ways to get personalized answers.

Preparing for a Festival

There are certainly a lot of steps one should take to prepare for a festival. Figuring out how to practice radical self-reliance is one of them.

Think about what your needs are going to be and how to be as independent as possible.

What will you do if a caster on your wheelchair breaks or a tube pops? Music festivals get both very cold and very hot, so you should be ready for that. Make sure to pack all the medical supplies you need for the duration of the festival as well as some extras in case a bag gets misplaced. I also recommend a headlamp and gloves to people in chairs. 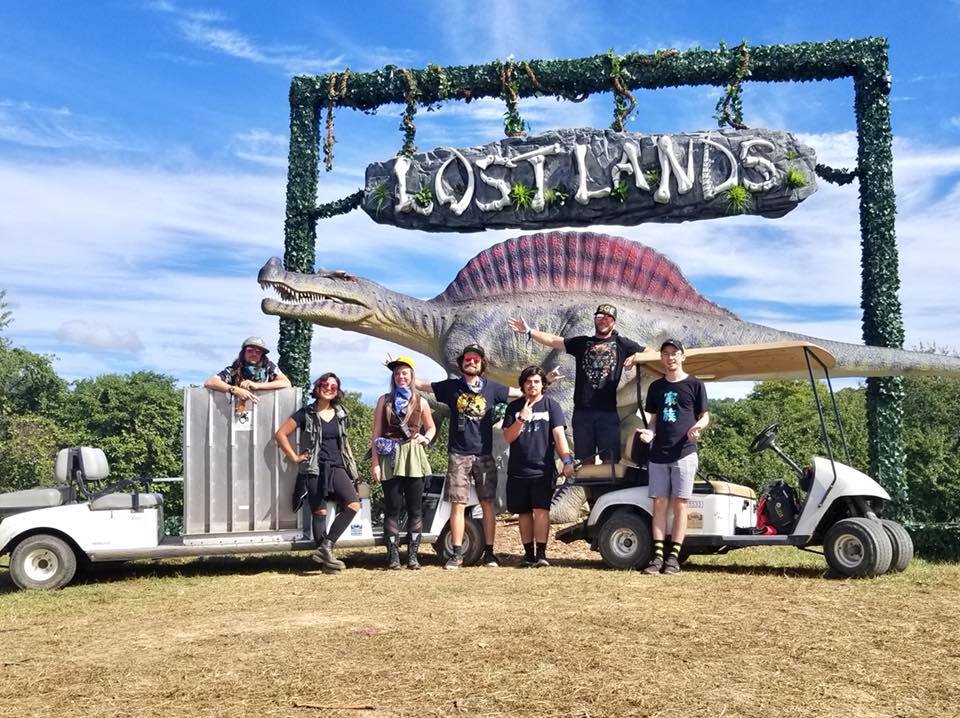 We currently work with a number of nonprofits around the country to get newly injured people out to music festivals, and we'd like to see that continue.

We also partner with an organization to help create something called the Inclusion Festival. It’s this amazing event that was started last year by two friends: a speech pathologist and a special education teacher. They wanted to build a music festival for families who have children with autism, so they created something that was truly fully inclusive, and they pulled it off. They'll be holding the event again this August, and we're really excited to see the progress with that.

Accessible Adventures is a brand we're hoping to launch this year.

We want to help people with disabilities enjoy outdoor recreational activities such as camping, rafting, and hiking.

Why should somebody go to a music festival? Because it’s fun! It's a great place to hear the bands you care about and meet like-minded people. Music festivals attract a certain type of person resulting in forward-thinking and accepting crowds. It's a great place to go with friends for a fun weekend. The world exerts enough pressure on all of us on a day-to-day basis that it's just wonderful to go on a short vacation that might be in your local town or somewhere across the world.

Getting to enjoy good music, see cool art, eat good food, and drink beers are just fun things to do.

Most people in wheelchairs would be surprised how accessible these things can be. It’s our hope that the services and infrastructure we set up will ultimately help make events accessible to everyone, regardless of ability.

Editor’s Note:  Follow Accessible Festivals on Facebook and Instagram. Need help with an ADA plan for an upcoming event? Get in touch with someone at TenFiftyEnt.com.