All Different Directions – A New Book on Finding Purpose

Editor’s Note: The summer after finishing his college football career and graduating from the University of San Diego, Damien Minna took a much-deserved vacation with his family. The gap between student life and the working world was quickly closing. While on a boat soaking up the sun, Minna decided to jump into the lake to cool off. When his body hit the water, an awkward angle of contact resulted in a C4-C5 spinal cord injury. Instead of reporting to the new job he had lined up, he spent the next few weeks in the hospital recovering and learning about paralysis. Several years later, Minna is sharing his story and helping others find purpose through his new book, All Different Directions. 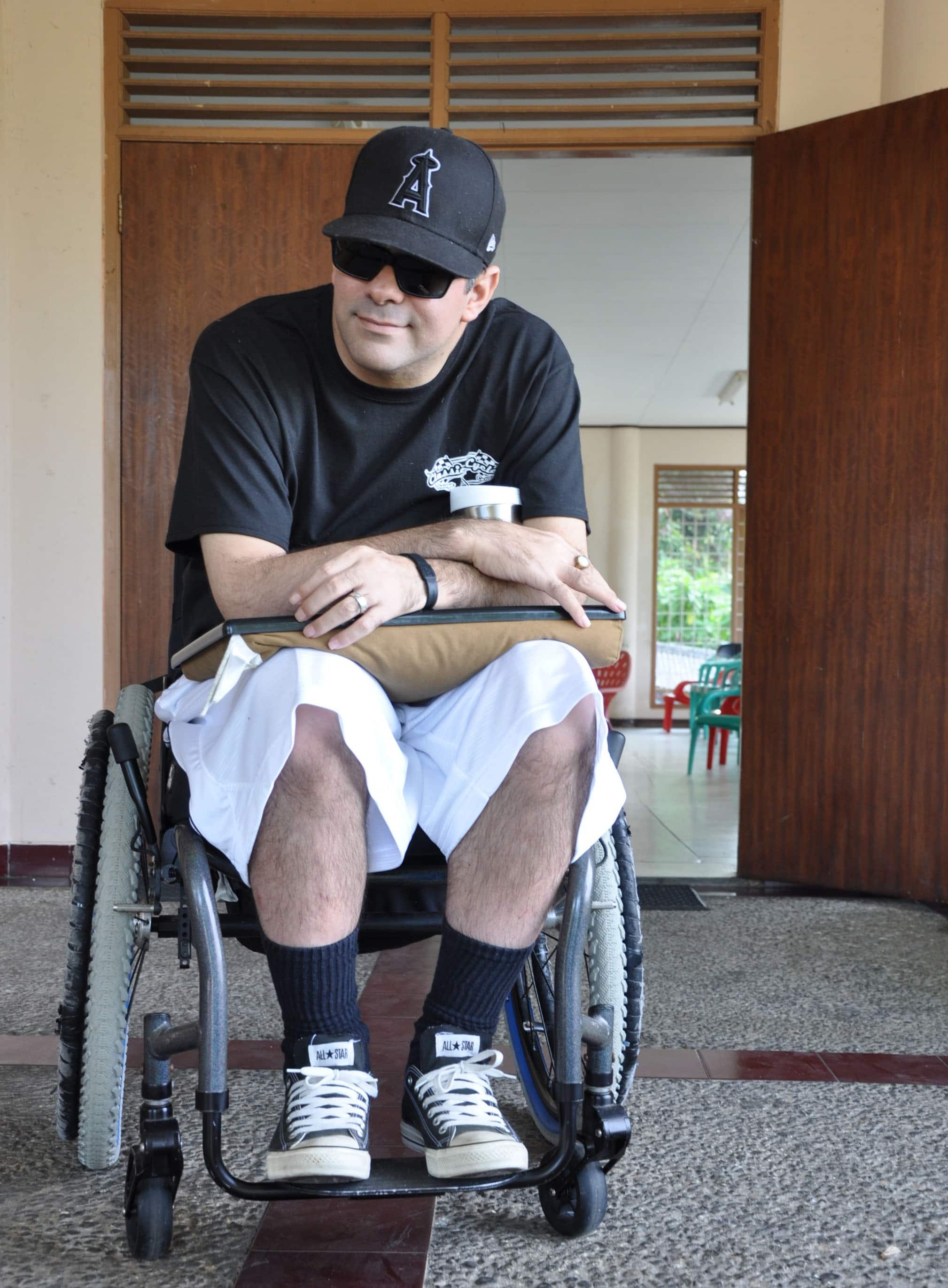 Initially, while going through the emotional aspects of the injury, I considered it to be a nightmare. It was completely devastating. In relationship to what I understood life to be before I got hurt, I was being unplugged from everything. There was so much shock that I didn't know what to do.

Over the years, dealing with my injury became a mental process. Interestingly, my experience overlays with life. As our bodies get older, we physically can no longer do the things we used to do, so we have to develop the mental strength and perspective that enables us to see the things we can do. This injury forced me into that. I had a very strong personality before the accident; I did whatever I wanted to do. Then, this injury said, "You're going to sit down, and you're going to figure this out."

Some people try to avoid the inevitable, but others choose to become mentally stronger.

When I got hurt, finding love was one of my biggest worries. I didn't know how or where to begin. I was so far out of my wheelhouse and very hurt and broken. I had a girlfriend at the time of my injury, but it didn't work out. 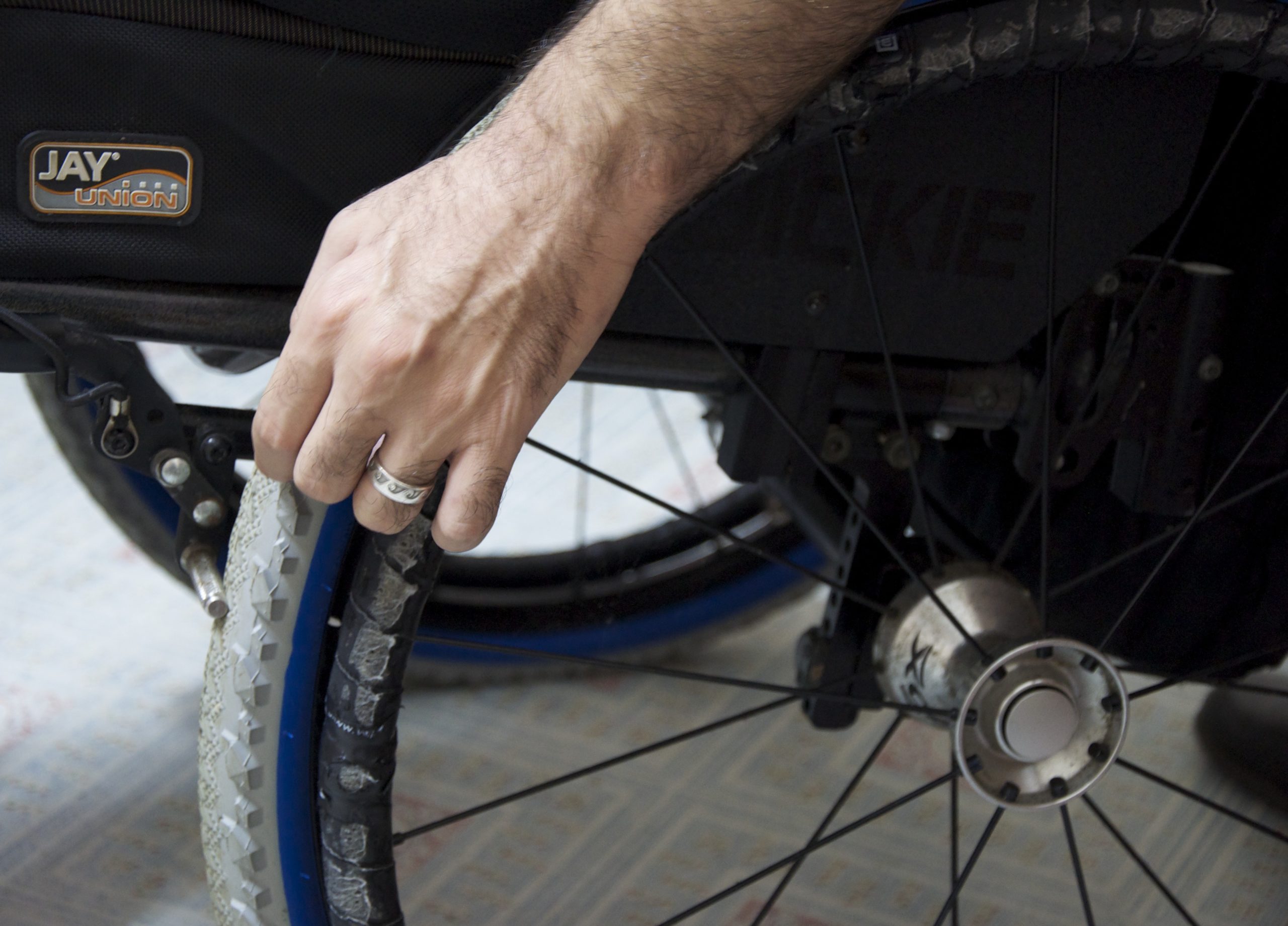 A few years later, I was looking for a caregiver for weekend help. The ad I posted was quirky. I wanted to put myself out there entirely and wear my emotions on my sleeve. A woman replied with an amazing response. I didn't usually hire women, but I had to meet this person. She came over with a bag of freshly baked cookies and her resume. I looked at her and said, "There's no chance. I'm 6', 200 lbs. You're 5'." She looked at me and said, "Don't judge a book by its cover. I'm mighty. Give me a shot." I thought she was cute and crazy, so I went with it.

We eventually started liking each other. She came to me one day and told me she couldn't accept my money anymore because it felt like we were almost dating. That sounded good to me because it meant I had extra money to spend on the weekends when she came out.

Our relationship happened organically. She was my friend first.

This woman is now my wife and a superhero. Heroes are the type of people that do things that everybody sees; they’re in the limelight. They're the inspirational, motivational people.

But superheroes are the people who operate in the dark.

They're the people who do the stuff behind the scenes and don't get all the attention. They’re the ones completing the picture. That's who my wife is. 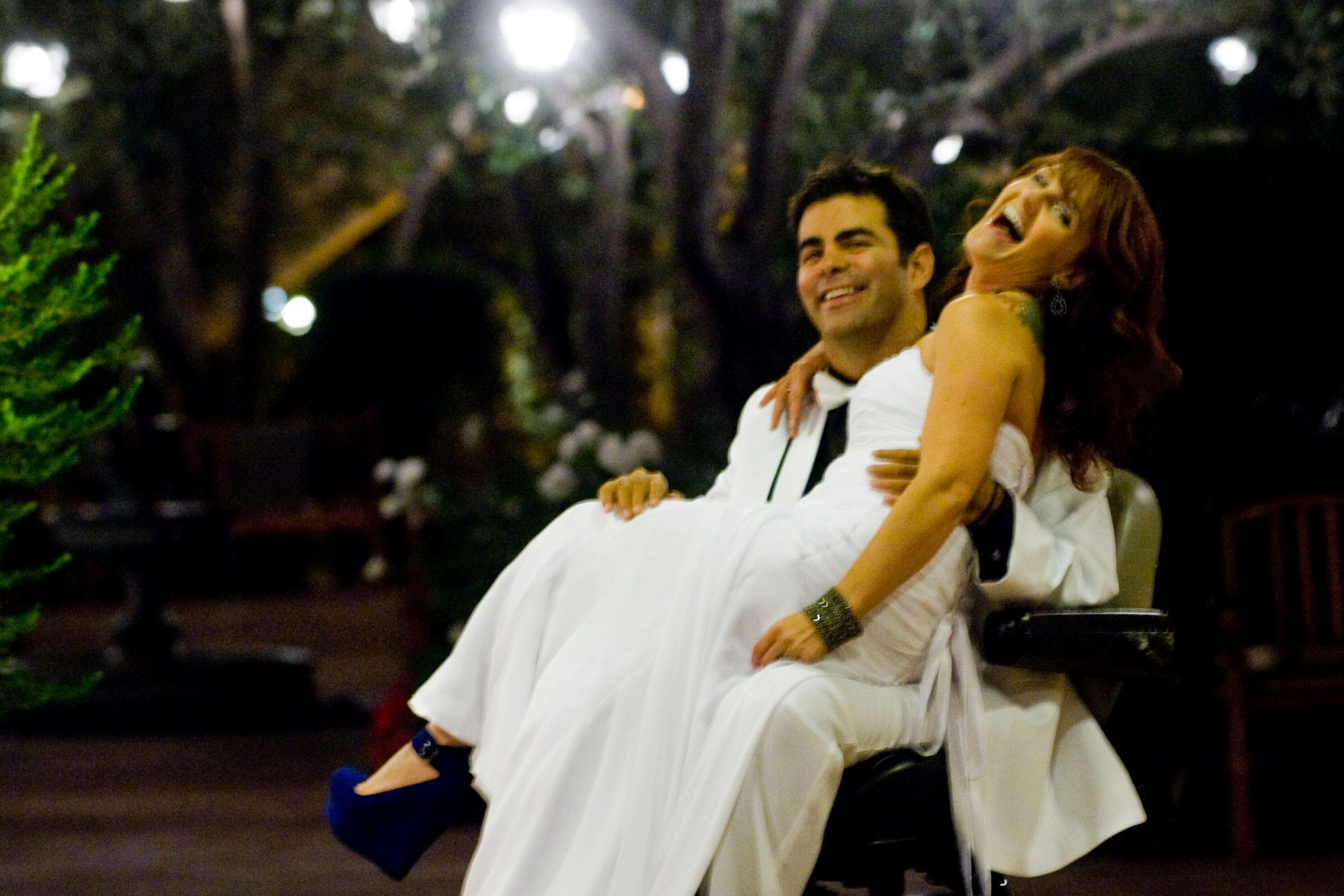 I didn’t wake up one day and figure out my purpose. I desperately stumbled through getting over myself.

I thought I understood what happiness meant.

Then, I broke my neck, and I could no longer do any of the things I had equated with happiness. On top of that, the relationships with the people that helped me exercise my idea of happiness changed, and I realized I had to as well. 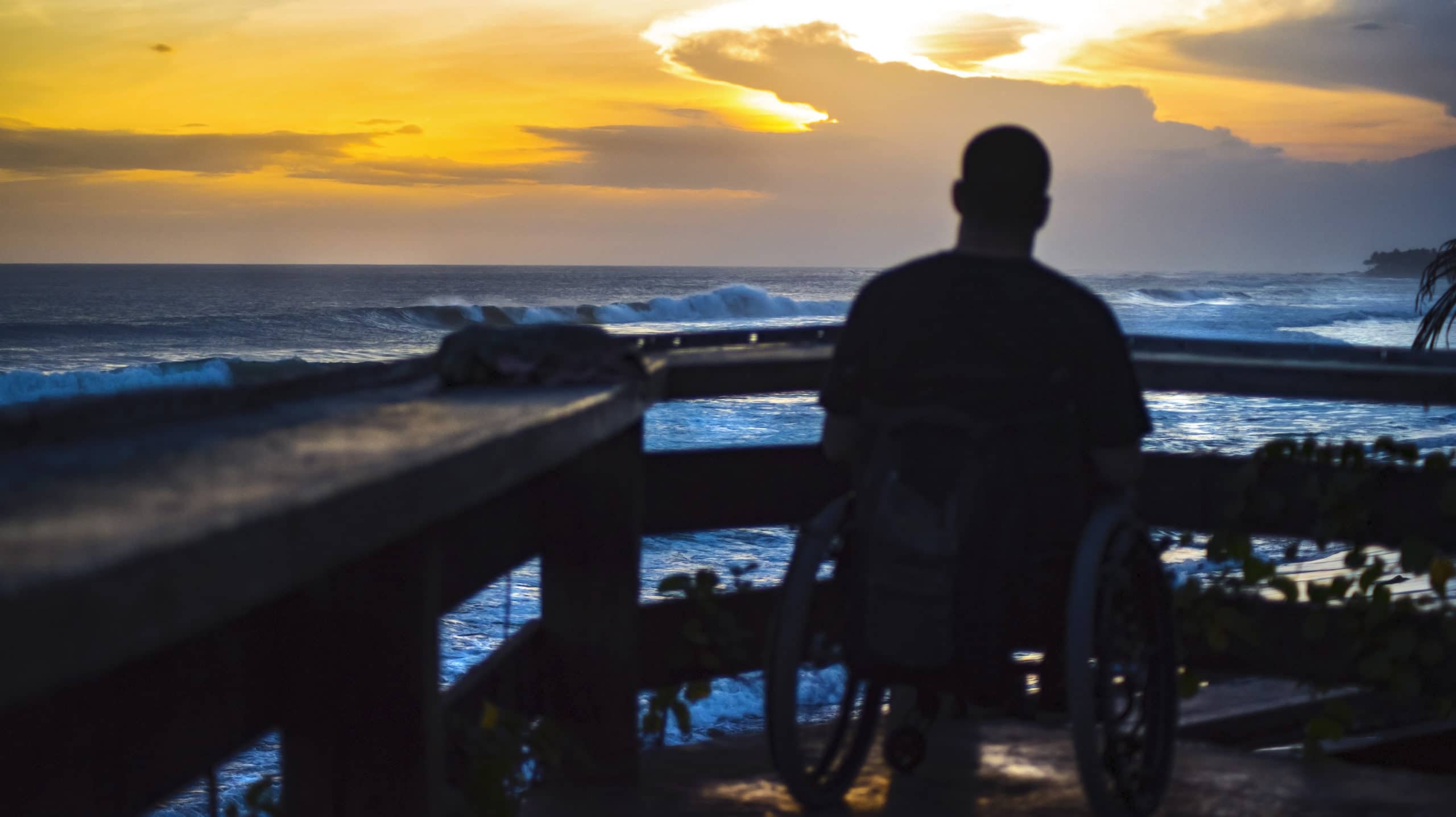 My first thought was, "Get up out of the chair. Be the guy who recovers from a spinal cord injury. There's your purpose." I worked hard, and I had a great support system. They were the reasons I was able to receive so many different therapies, but I wasn't getting better. So, I decided I would continue trying to walk, but I would also give back to the people who helped me by creating a wellness center. However, it wasn’t that simple, so I pulled away from that for a while. 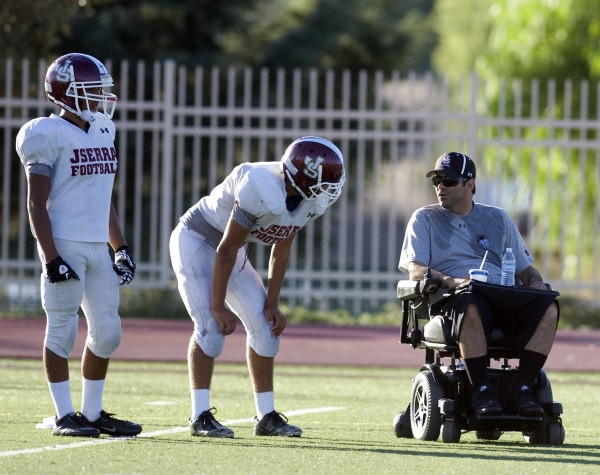 Then, I thought I needed to fulfill myself through something that had been surrounding me all along. So, I began dedicating my time to sports and started coaching football. Shortly after, a friend asked me if I wanted to go to Indonesia and see a Shaolin healer. So, I dropped everything and went to the eastern side of the world for three years.

Being detached from everything I'd come to know my entire life, whether it be in or out of a wheelchair, gave me the perspective to turn inward.

I started meditating, and at one point, something just clicked.

I realized the journey isn't about anything going on outside of you; it's on the inside. The more you work on the person on the inside, the more you'll be able to give yourself outwardly. 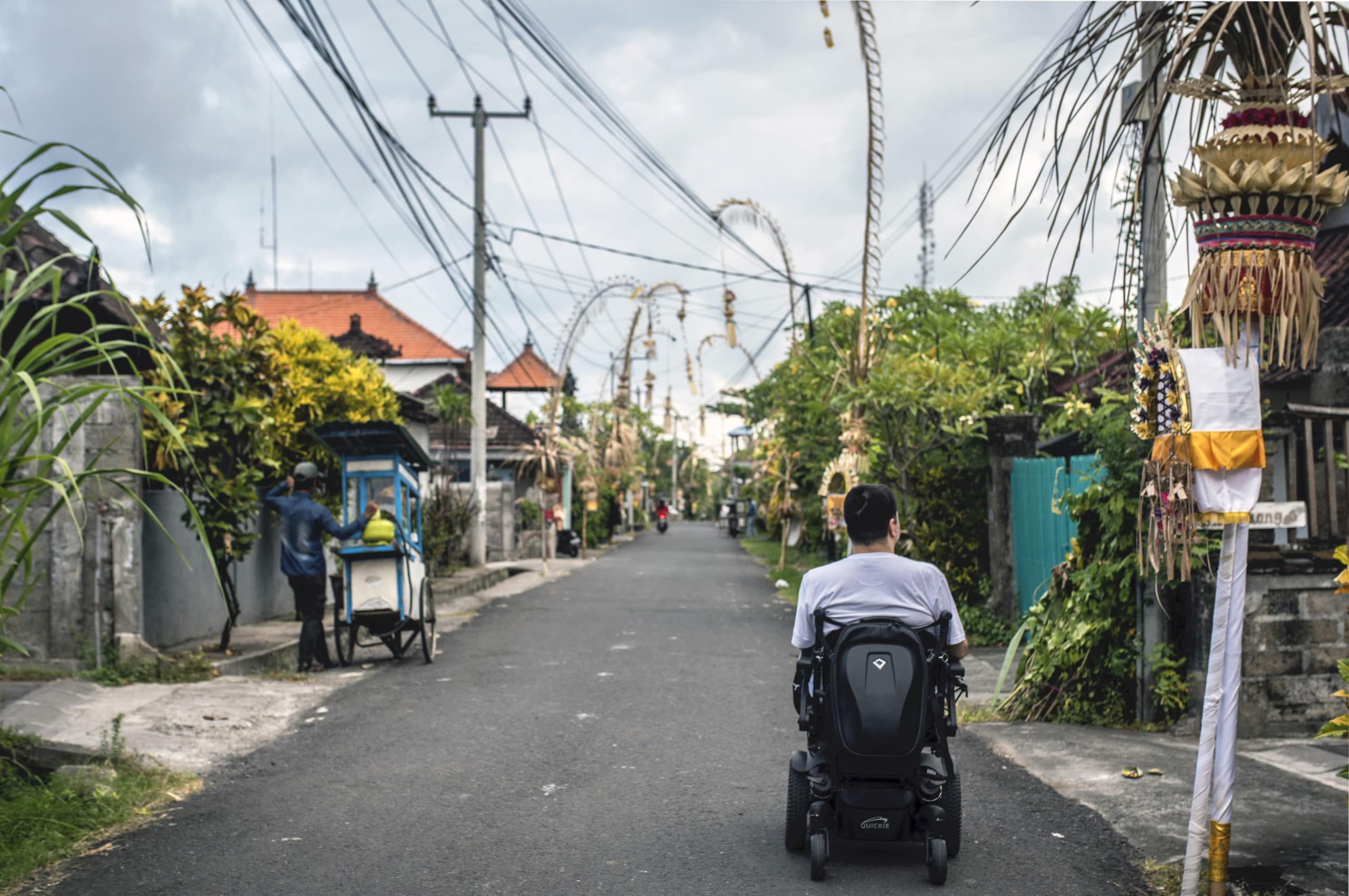 The minute you find purpose, time stops, and life takes on a different meaning. It's so significant to me that I'm over the fact that I have a spinal cord injury. It's inconvenient, and I have to deal with it every day, but we all have difficulties to manage in life. I'm pushing toward doing something greater than my own drama.

With time away, mediation, and the healing I experienced in the East, I realized that through my situation, I have a special skill set, and my purpose is to be able to show people that by turning inward, they can see their true self. In doing so, they’ll understand what they need to do.

Everybody gets knocked down, and being able to understand how to get back up and continue moving forward is extremely critical.

I think you only develop that skill set if you've gone through it. I'd like to share that with people. My purpose is to inspire people by showing them themselves. 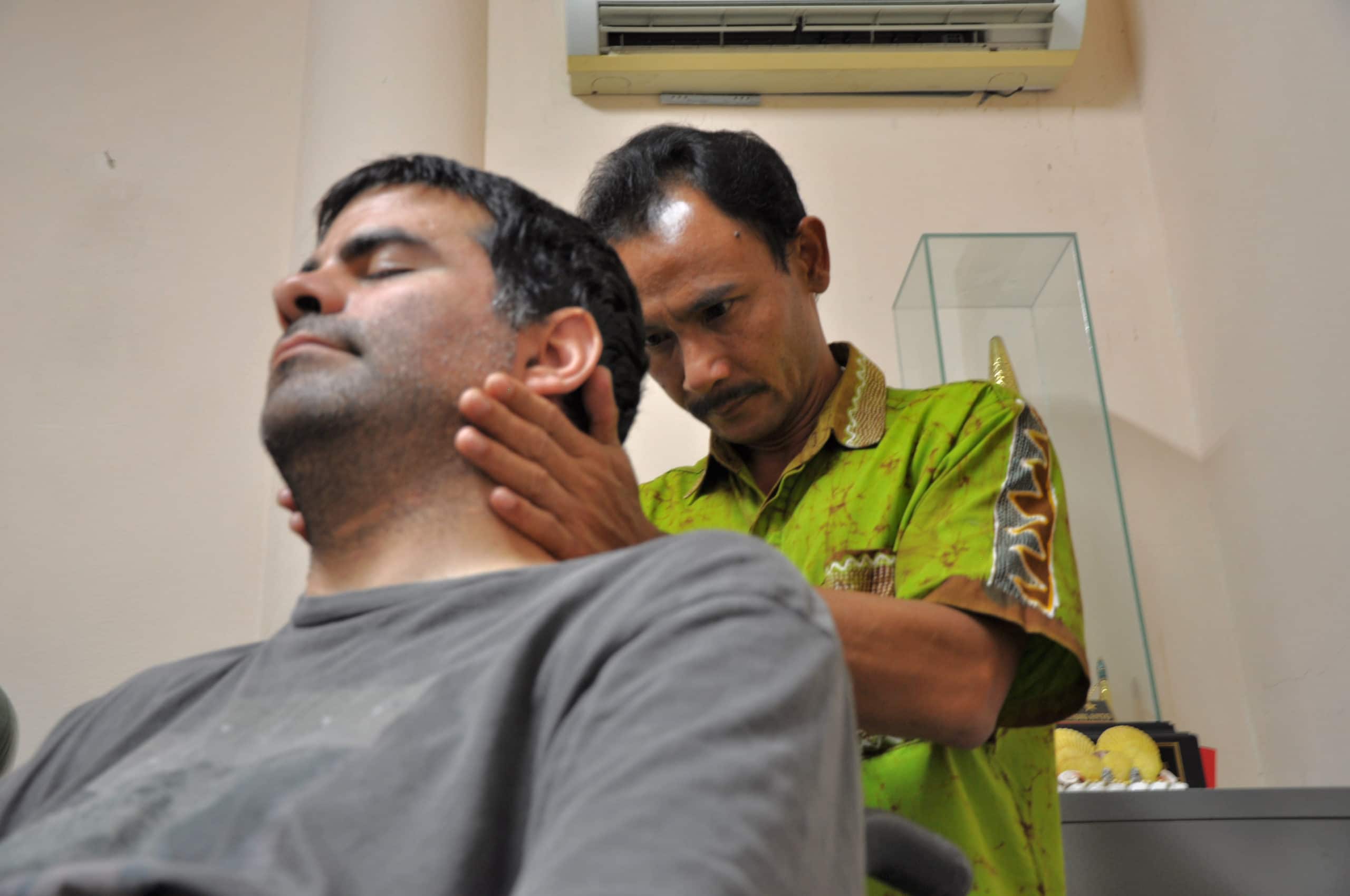 My whole life, I'd always wanted to write a book. I was caught up in myself, though, and never took the time to do it. In Indonesia, I began writing, and it served multiple purposes. The process of putting everything down was therapeutic and uncomfortable at the same time.

Seeing my story on paper and revisiting it was gut-wrenching.

Expressing myself emotionally, staying true to the story, and being both objective and subjective at the same time pushed me to my limits. But, I got through it, and I'm glad I did it. It helped me understand this whole experience.

Now that the book, All Different Directions, has been published, I think it will have its own value in each person's life who reads it. I would like people to get out of it whatever it is that serves them in their life at the time. I want people to be entertained, but at the same time, be challenged by what I wrote. This could be anybody's life. Nobody is exempt from having to deal with trauma.

I want people to read it, then look in the mirror and ask themselves how they will react to struggles in life.

I tried to write the book not about this poor wheelchair guy, but about any person who runs into adversity. You're going to need to build a skill set, and honestly, you’ll probably fail before you succeed. It’s part of the process, and you shouldn't beat yourself up about it. You should realize that nobody ever bats 1000 in life. 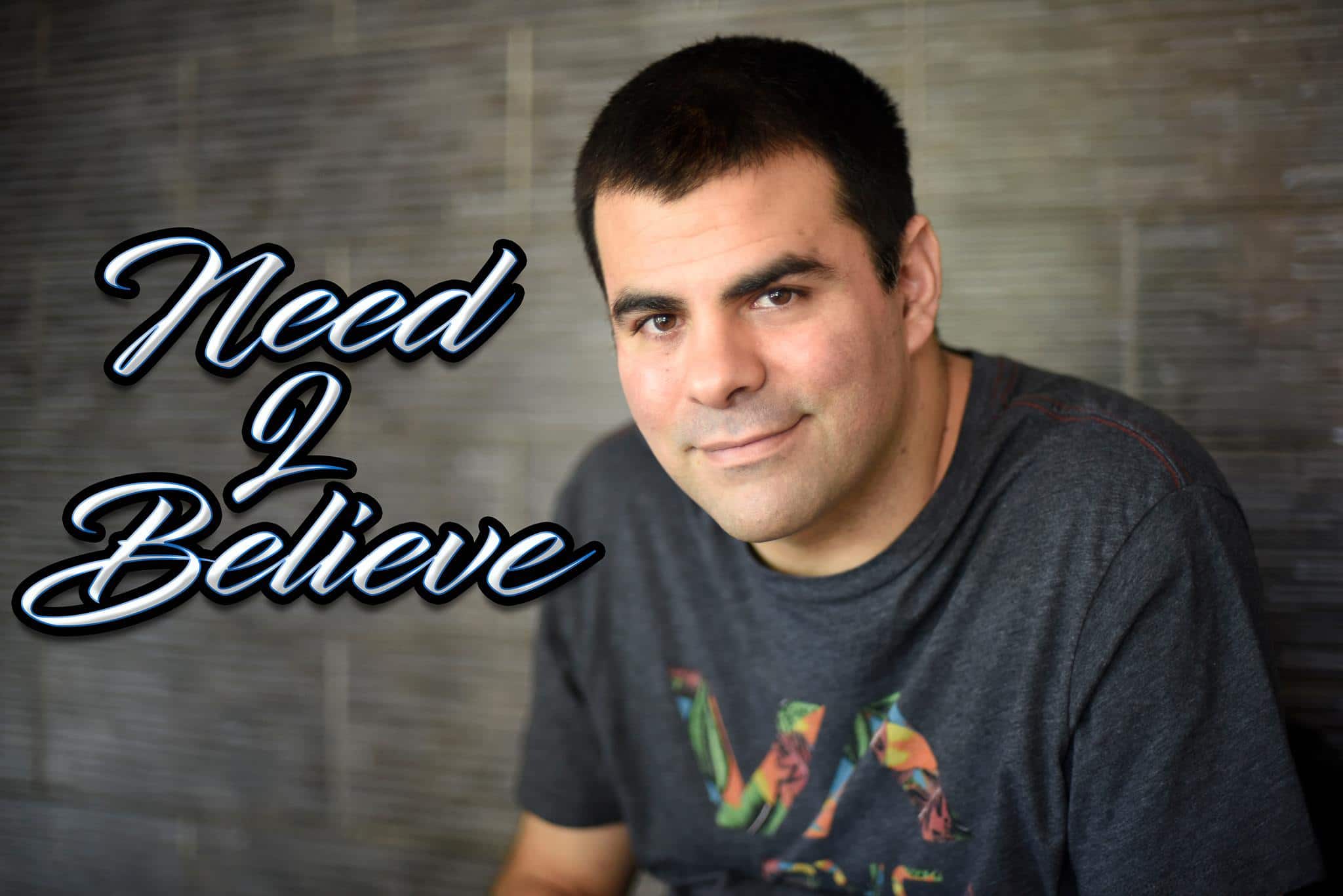 Editor’s Note: Minna’s book, All Different Directions, can be purchased on Amazon, Barnes & Noble, and Google Play. Connect with Minna on his website, Need2Believe.net, Facebook, and Instagram.

All information in this article was obtained by an interview and various forms of communication with Damien Minna.