Many young adults who acquire their disability when still a minor struggle with finding their independence later in life. Oftentimes, this is a result of worrisome parents not willing to surrender their child to the outside world. This is the case of three protagonists in a new dramedy titled Come As You Are which premiered at this year’s SXSW Film Festival. 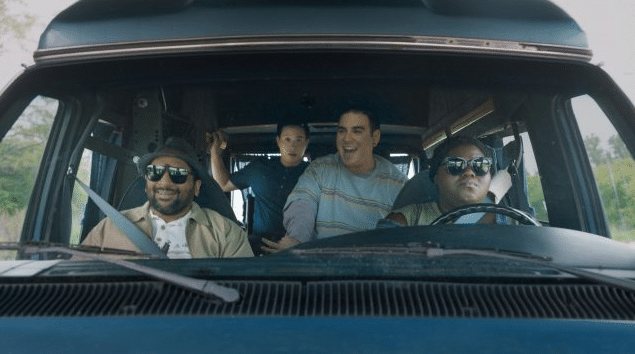 A remake of the 2011 Belgian movie Hasta la Vista, Come As You Are is based on true events albeit fictionalized to better relate to a North American audience. The story revolves around 24-year-old Scotty (Grant Rosenmeyer), a rapping power wheelchair user who lives with his caregiving mother. Having settled into a routine, the mom (Janeane Garofalo) goes through the motions of feeding and bathing her son while babbling on about what’s happening in her life or watching the latest episode of her favorite TV show.

The highlight of Scotty’s day is working with Becky, his sultry physical therapist, until a new guy, Matt (Hayden Szeto), shows up and unintentionally steals his time slot. Scotty, in an attempt to mark his territory, dubs him “Biceps” in jest of the manual wheelchair user’s brawny arms. Matt initially wants nothing to do with the childish bully, but little by little, Scotty convinces him, along with Mo (Ravi Patel), a visually impaired employee at their PT clinic, to go on a road trip to Montreal to a brothel catering to people with “special needs.” On a quest to lose their virginity and find some respite from their overprotective parents, the three of them hire nurse Sam (Gabourey Sidibe) and her van and hit the road. 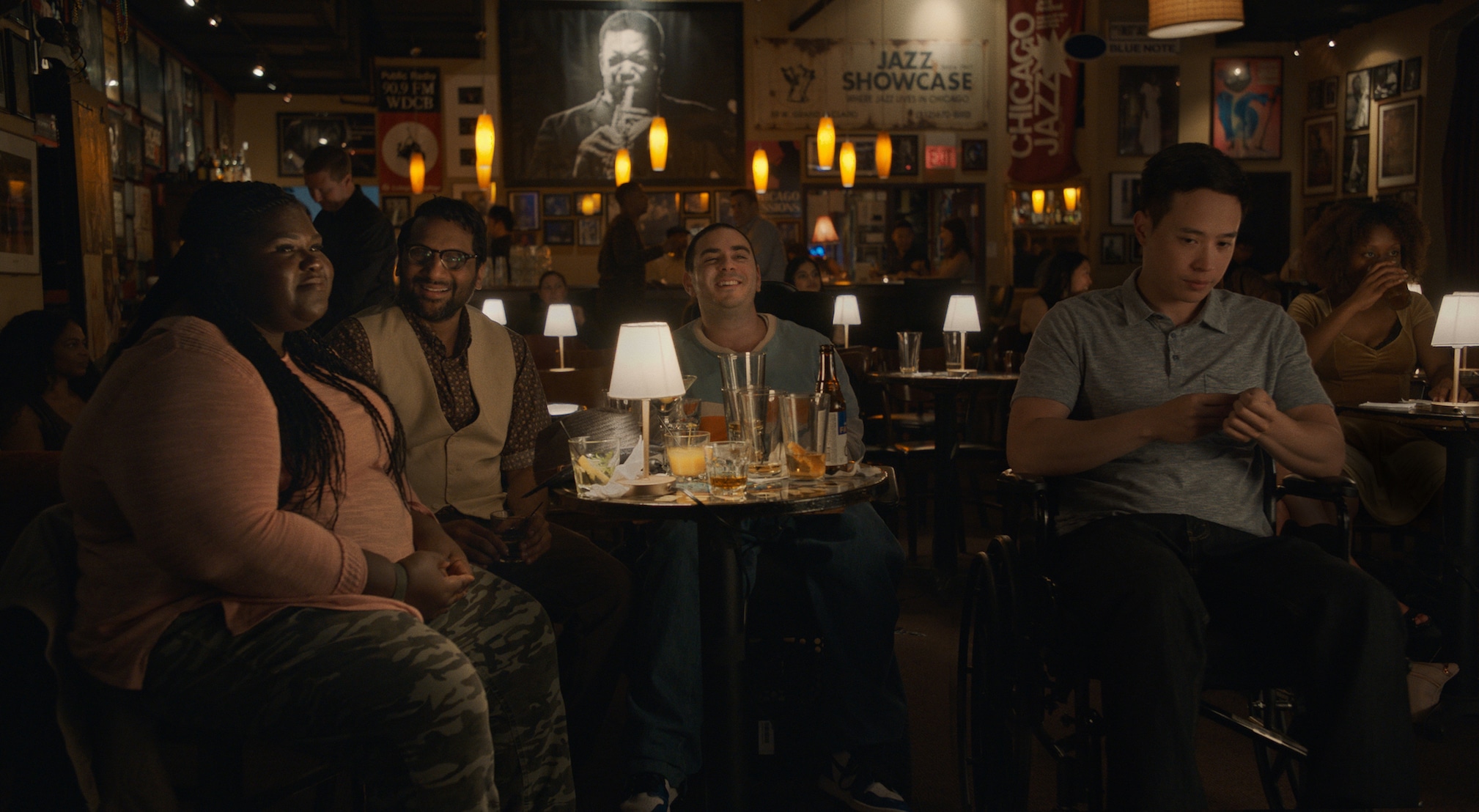 The inspiration behind both films, Asta Philpot, was in attendance at the sold-out world premiere at SXSW and sat on the Q&A panel that followed the screening. Philpot lives with arthrogryposis and was the subject of a BBC documentary that told the story of him losing his virginity at a brothel in Spain. One spectator pointed out the elephant in the room by asking the obvious question:  Why cast able-bodied actors to portray characters with disabilities? Rosenmeyer, who is also a producer of the film, explained that in order to get people to believe in the movie and support its production, they needed to use “unbelievable talent.” He followed with,

“In doing that, it opens the door to the story being told.”

Although the main characters are not played by actors with disabilities, the film does include a wheelchair baseball team in one scene, as well as an amputee (Delaney Feener) who portrays Sarah, a coworker of Mo’s at the clinic. 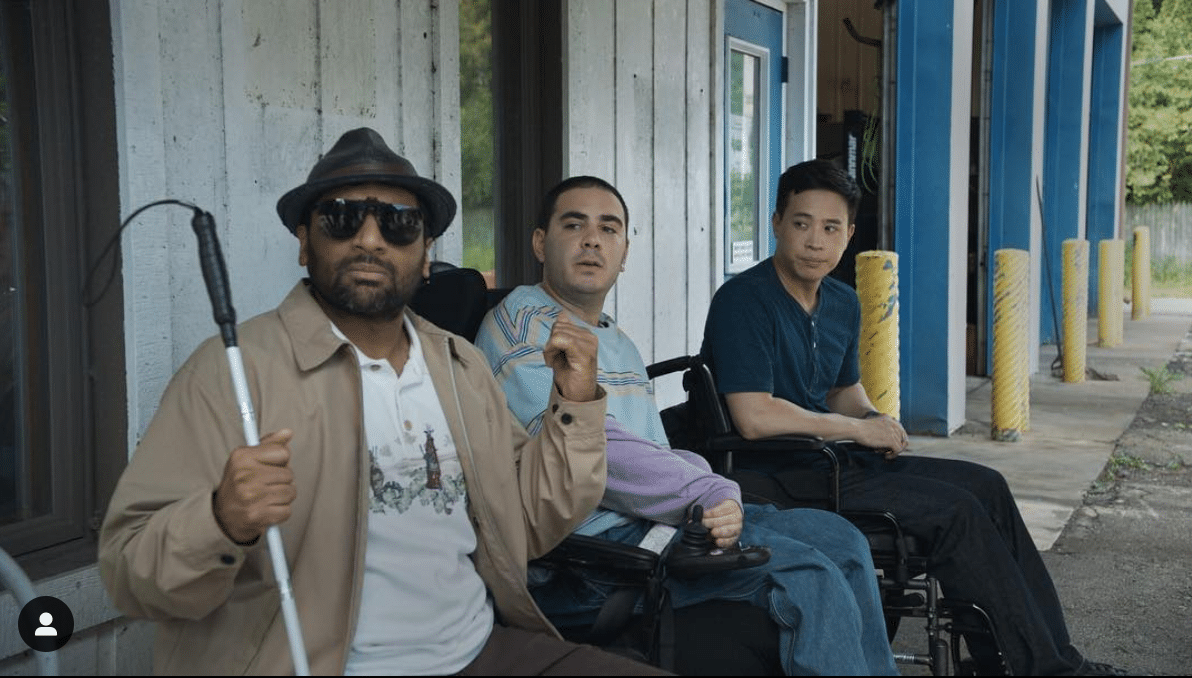 In an interview with Wheel:Life, Philpot, an actor himself with a cameo in the film, responded to the same question with a commentary on finding the balance between using inexperienced actors with disabilities versus employing star power to appeal to a wider audience. He added:

“We just can’t let anything overshadow a movie like this that’s completely empowering. It’s just an incredible message of empowerment. Yes, we can do it. Yes, we can overcome obstacles. And yes, we can love one another.”

Philpot was also present during the making of the film to coach Rosenmeyer on how to realistically play the part of a power wheelchair user living with a congenital condition such as arthrogryposis. 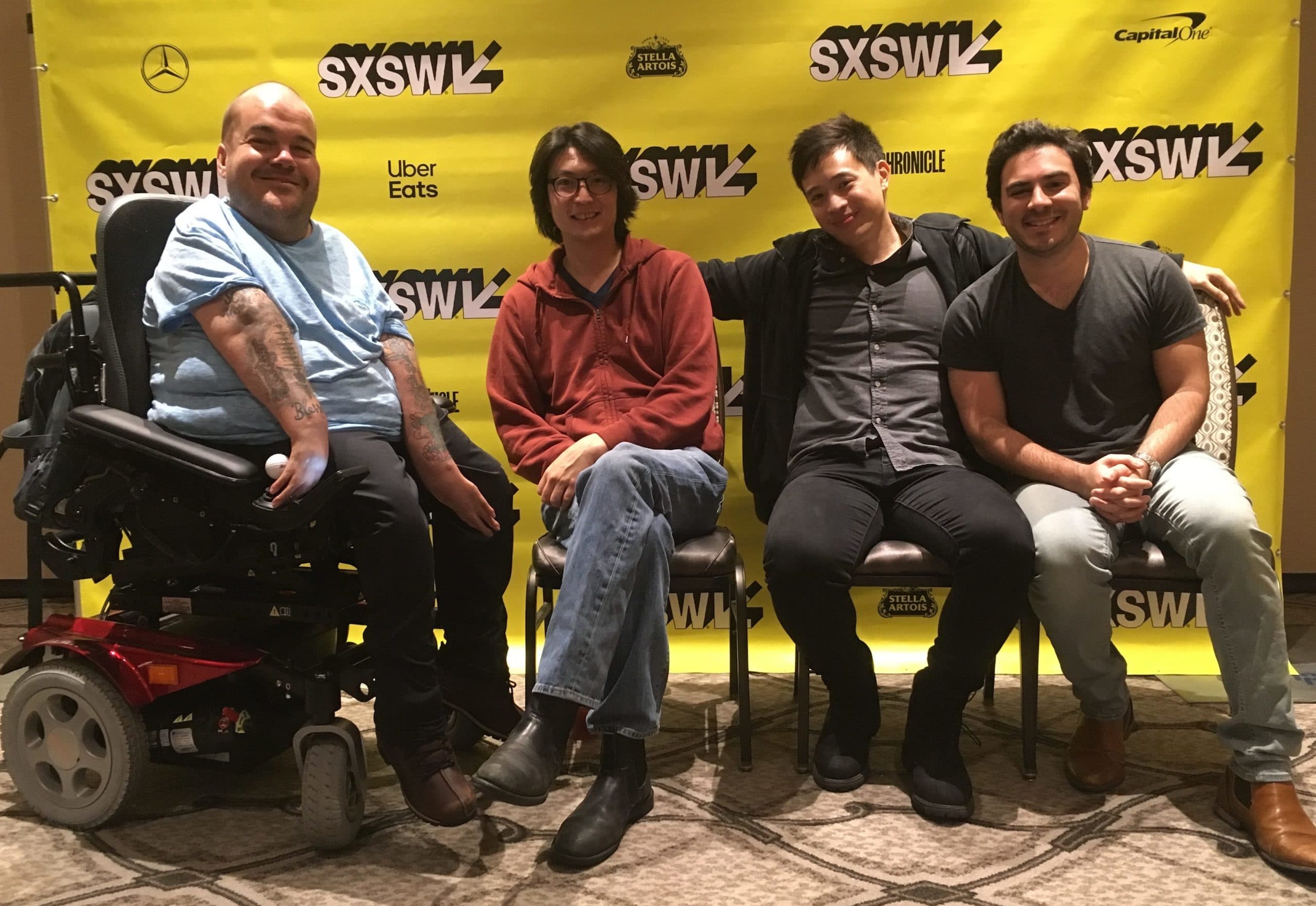 If finding humor among hardship and laughing at your own misfortune is how you roll, don’t miss the chance to experience writer Erik Linthorst’s brilliant script. He’ll make you laugh, cry, and even cringe at times — especially during Scotty’s vulgar yet shockingly profound rapping sessions.

Next up on the circuit is the deadCenter Film Festival this June in Oklahoma City. Come As You Are has yet to be picked up by a major distributor, but you can follow along on Instagram for upcoming screening dates. Be sure to add this flick to your "to see" list, and keep your fingers crossed that it will soon arrive at theaters across the country. 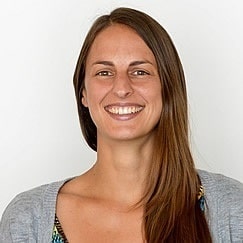