Editor’s Note:  When an orchestra performed at her school, 10-year-old Gaelynn Lea decided she wanted to learn to play the violin. However, as an electric wheelchair user born with osteogenesis imperfecta, she couldn’t hold the instrument the traditional way. With the help of one of her teachers, she developed her own unique method of playing not knowing that, one day, she’d be performing her original music in front of a worldwide audience. 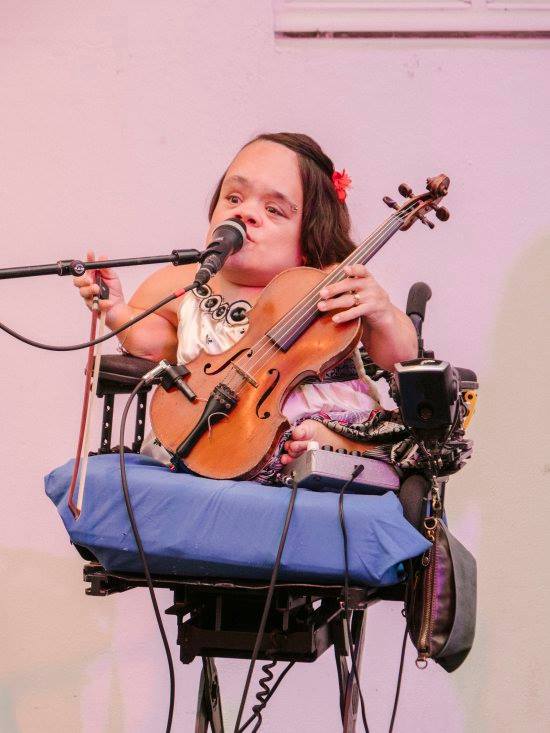 I play the violin up and down like a cello, and I hold my bow like an upright bass player. I studied classical music all the way through high school, and then I transitioned into fiddle music. Eventually, I learned how to use a looping pedal to layer sounds, and I started writing, looping, and performing, sometimes in bands, sometimes solo.

I studied political science in college which is why I'm so interested in disability advocacy. Music was just something I was doing on the side. It wasn't something I thought would become a career. In 2013, I decided I wanted to do music full-time, so I started teaching violin.

In 2016, I entered the NPR Music Tiny Desk contest. I submitted a video of me playing the violin and singing one of my original songs. There were over 6,000 entries, and I won!

When NPR first made the announcement, I had a "whoa" moment. I got so many emails and Facebook messages that it took me a whole year to get through them. After winning, they have you film a new video where you perform a few songs. It was really exciting and nerve-racking at the same time. They said a few people might come to watch the filming, but when I came out, it was completely packed. It was a very intense experience. It was weird and neat to have my songs have a wider impact with this video. Before all of this, I mostly played for family and friends in my home community in Duluth, Minnesota. I knew almost everybody in the audience, so this was a very different experience. 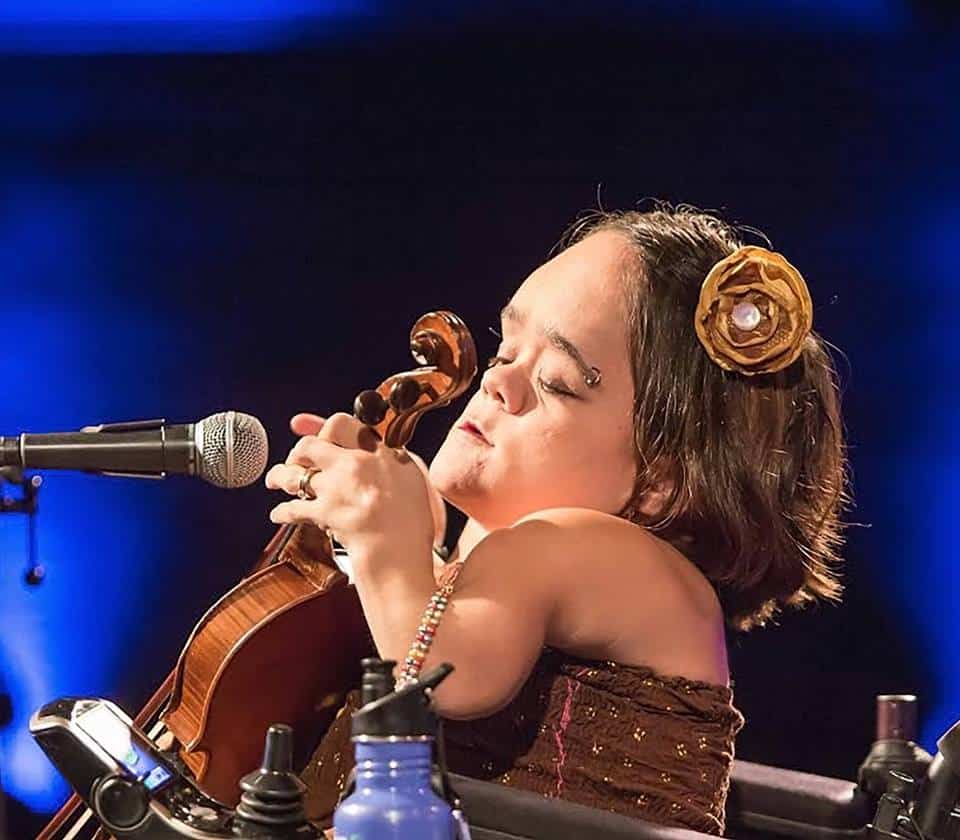 Alan Sparhawk played the last two songs with me for the video. He’s the one who introduced me to the looping pedal. We’d known each other for a few years at that point, and he had walked through songwriting with me. When I wrote my first song, he was the first person I showed it to.

Performing my own music was pretty scary at first!

Alan was there at the beginning of my transition from musician to songwriter, so it was really nice to have him with me for the NPR filming. It was a pretty meaningful full circle kind of moment.

Someday We’ll Linger in the Sun

The song I submitted for the competition is titled Someday We'll Linger in the Sun. About six weeks before getting married, I ended up having an unplanned surgery, and there were complications. It was a really stressful time at an inopportune moment. My fiancé, who is now my husband, was great. He stayed with me in the hospital every night and hung out every day. That really helped make the situation more manageable. The year after that, I wrote the song about how love is beautiful even when it's really difficult.

Learning How to Stay

My newest album, Learning How to Stay, came out last month. This is my first full-length album since winning the Tiny Desk contest. It’s also my first foray into working with a full band. My debut album was literally just me, so it was fun to play with different instruments and do more than I could have created with just my violin. 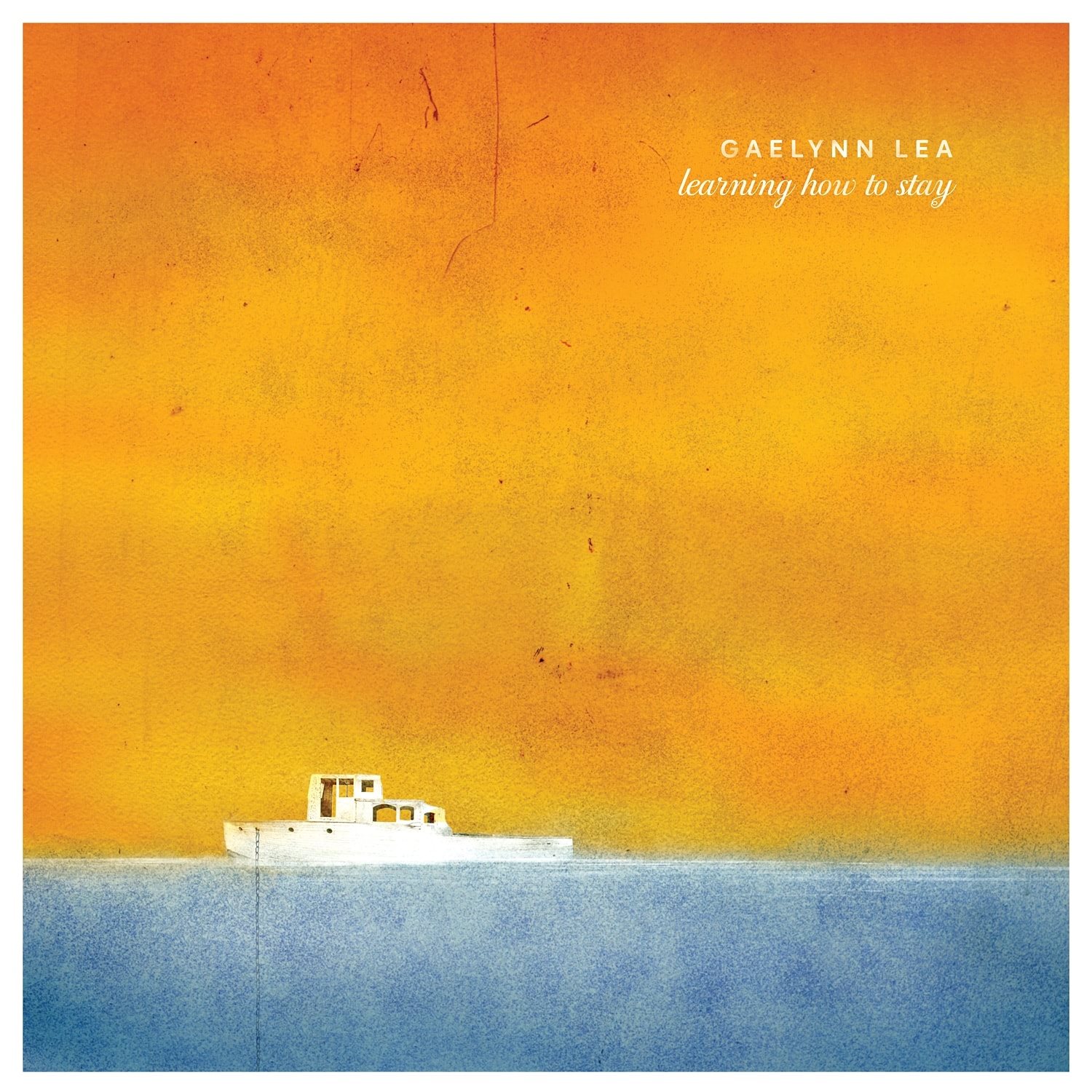 For me, the title means being open, present, and aware in the moment even if it's not always fun. I think sometimes we get so busy or overwhelmed that we tune out, especially with all the negative news. That isn't bad temporarily, but I think we also need to learn to be present for all things, not just the positive. Life is not permanent, and there are good and bad things going on at the same time. How should we deal with that? Not that I'm good at it, but I think the ultimate answer is learning to be present. That's what the album is mostly about.

I do think that every song should be translated by the listener, but what I often think about when I write is that contrast of how you go through the world experiencing things like joy and sorrow side by side. We can't compartmentalize because the world is not all happy or all sad. I think sometimes we feel very bogged down by the negative, but there are two sides to the coin. We have to deal with both the negative and the positive.

It's okay to acknowledge that there are two sides to every situation, and that gives us the hope to keep going. 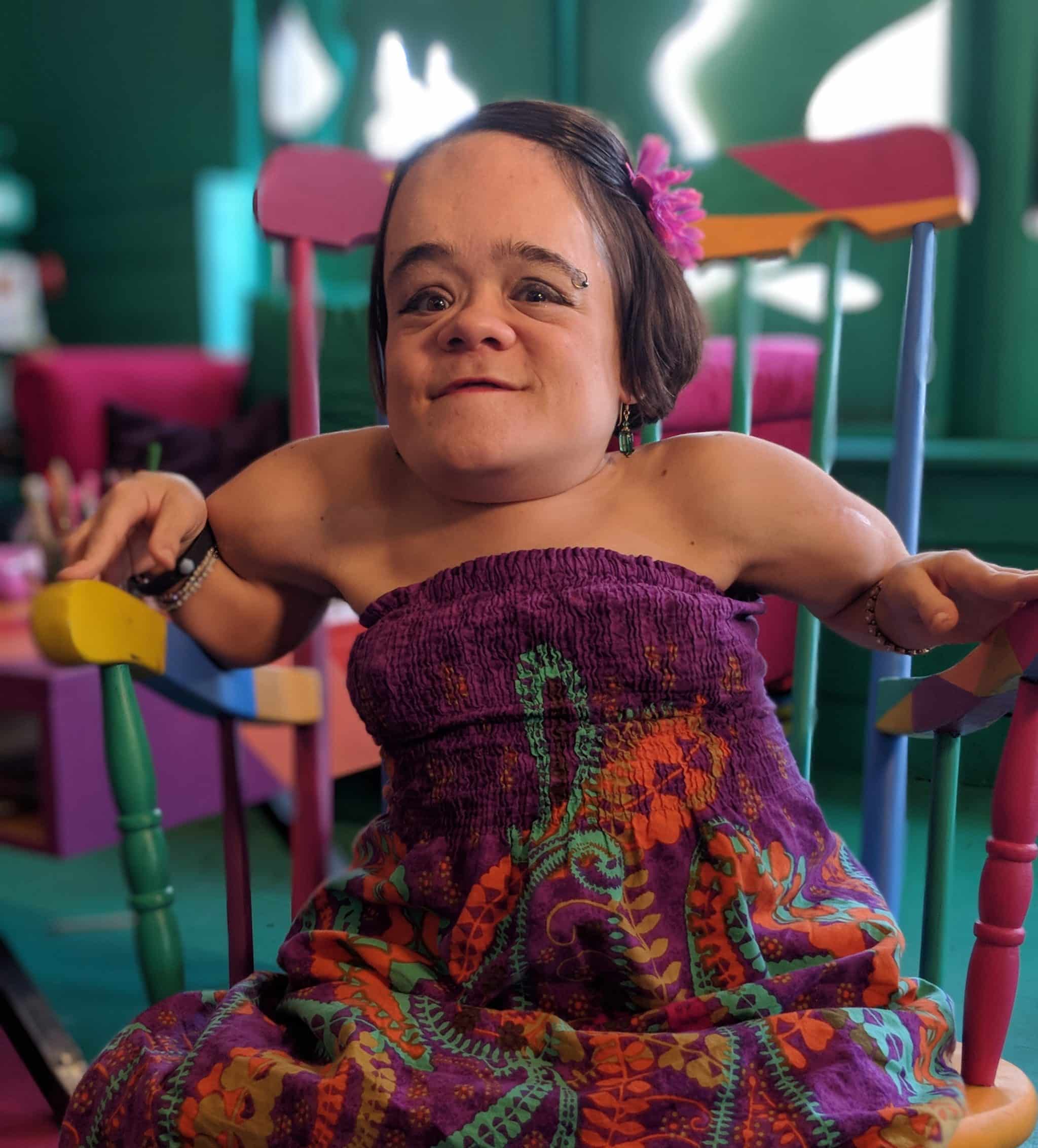 Touring as a Platform for Advocacy

Ever since I won the NPR Music Tiny Desk contest, my husband and I have been touring across the United States and have done a few shows in the United Kingdom, Ireland, and Canada as well. It's been incredibly fun. I’ve played around 420 shows in two years.

I had an agent initially, but I’ve been doing my own booking since May this year. Lack of accessibility is a big issue in the music world, unfortunately, and I have to make sure that where I play is going to work for me. Sometimes I would find out a week before or even the day of the show that the venue had a set of stairs and no elevator or ramp. It was a horribly frustrating feeling. 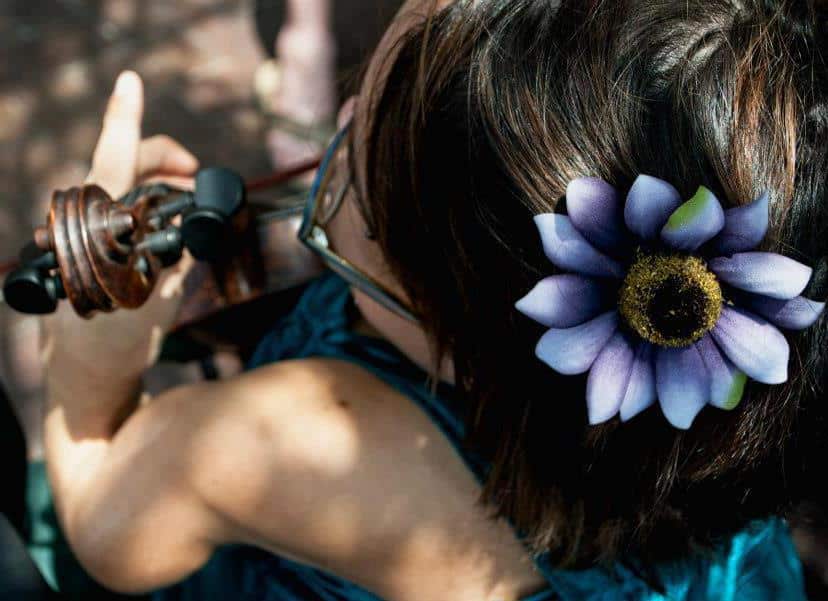 I don't want people who use wheelchairs or crutches to come to the show and discover they can't get in; it just feels hypocritical.

It took me a while to lay down the law because I wanted to give venues the benefit of the doubt. Then at one point, I decided things were never going to change if people didn’t start demanding change, so I don't play at venues that are inaccessible anymore. More recently, I also started saying that I won't have my wheelchair lifted up onto the stage because it takes away the incentive for venues to get ramps. Either I play on the floor, or they have to be willing to build a ramp. There are venues that are off the table from the beginning because they're not accessible and they won't comply. It would be extremely helpful if other artists got on board as well, even if they personally don't need an accessible venue. There are places that get away with not being compliant 28 years after the ADA, and it's really frustrating knowing other bands are playing there.

One actionable thing artists can do is make sure they choose accessible venues, even if they don't have a disability themselves.

Raising awareness among artists and concertgoers could really pick up momentum. I think the biggest barrier to change is that people with disabilities are talking about it, but if other people aren't, it just takes that much longer for change to happen. We need to start the discussion and keep it going. When venues do build ramps, I have a lot of respect for them. It's the law, but they're also choosing a positive action. The fact that we can do something about access barriers, and yet we haven't, is alarming to me. 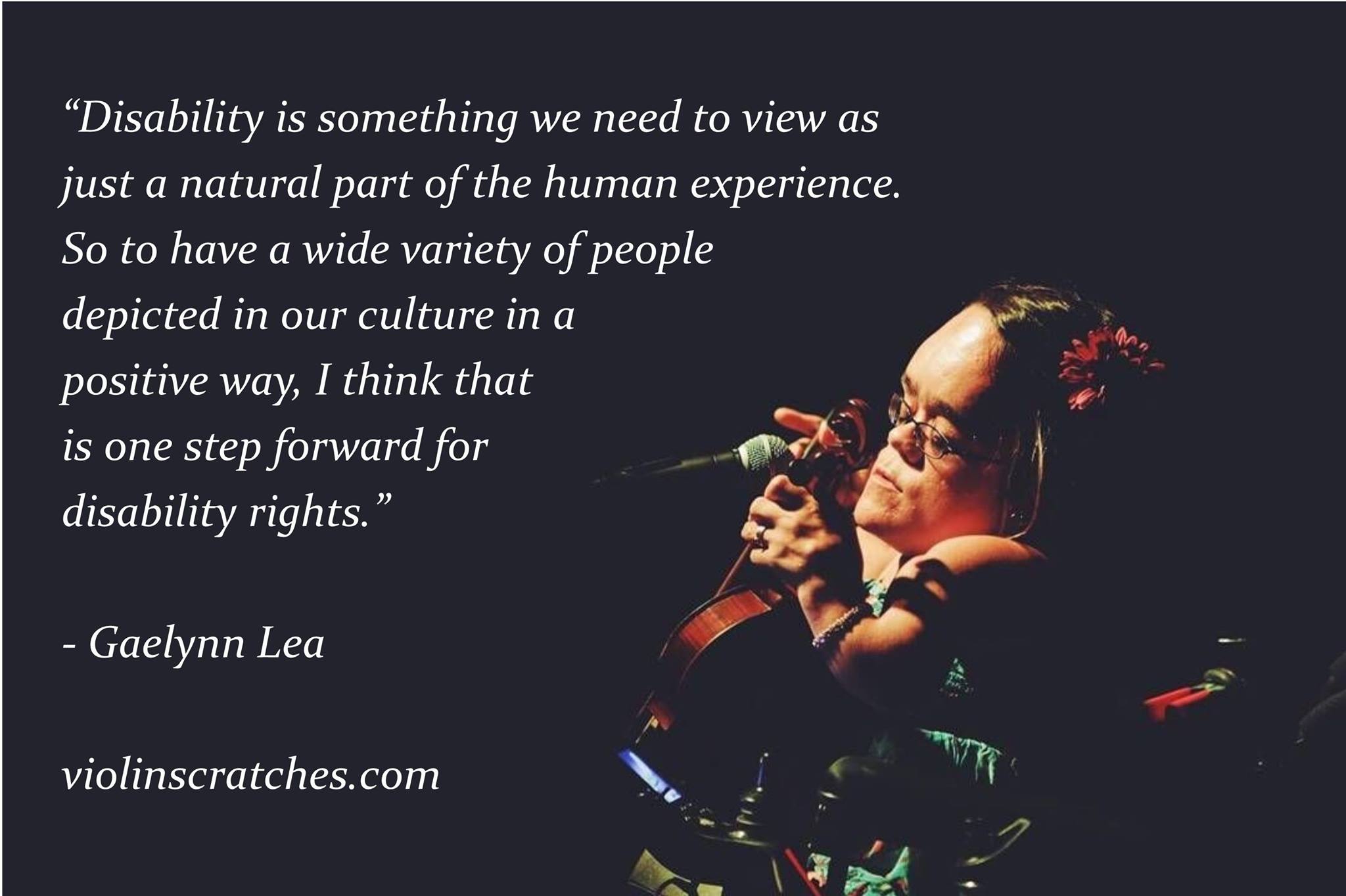 Editor’s Note:  Read more about Lea’s thoughts on accessibility and the arts on her blog. 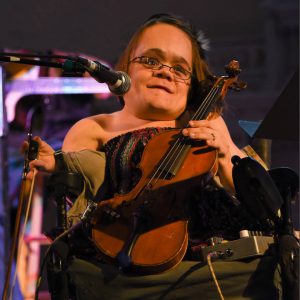 There's a song on the new album called I Wait, and it’s specifically about the disability rights movement and how we have to start demanding to be taken seriously. It’s about dealing with that frustration when you're working for change, but it hasn't caught up yet. I think society is pretty far behind from where people with disabilities would like to see it. We have a vision of what equality would look like, but we're not there yet. It's like pulling society kicking and screaming along with you. That's what I Wait is about.

Listen to "I Wait" on Bandcamp

All information in this article was extracted from an interview between Gaelynn Lea and Wheel:Life writer Betsy Bailey or from violinscratches.com.