Go Off the Beaten Path with the Outbounder 6x6

Editor’s Note: After falling from a tree while hunting, Geoff Newmyer became a T9-T10 paraplegic. A few years later, a friend shared an article with him about the Outbounder, an off-road wheelchair that just happened to be produced only 45 minutes from his hometown. He quickly contacted the manufacturer to try one out and instantly knew it would be a life-changer for him. A few years ago, Newmyer and his business partner, Tony Salerno, acquired the company and improved upon the original design. Today, they’re on a mission to give wheelchair users the opportunity to enjoy the great outdoors. 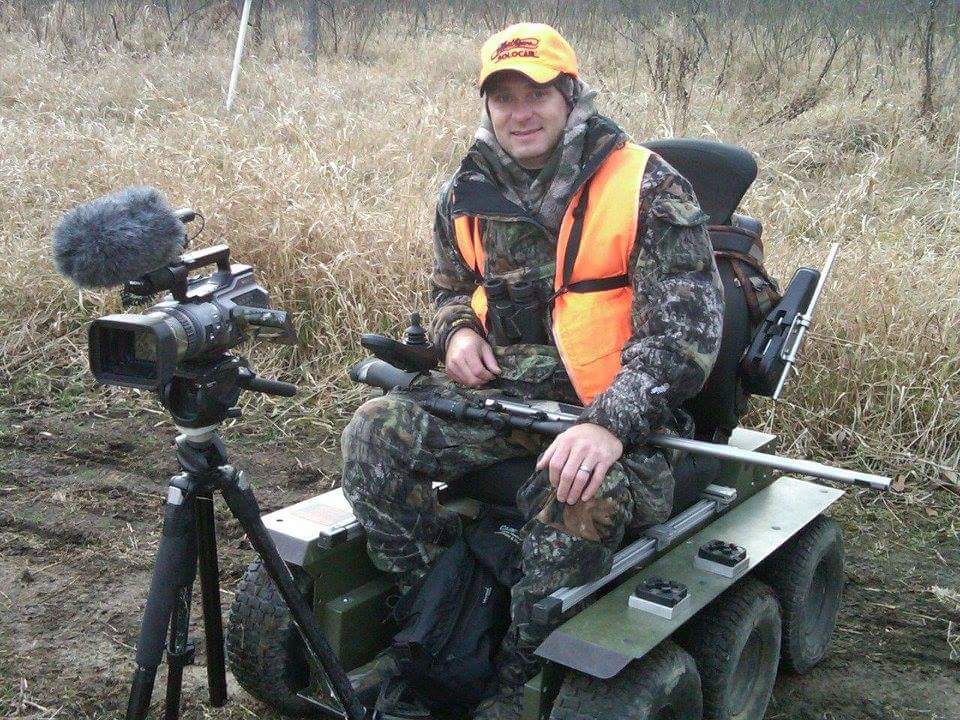 I bring my Outbounder 6x6 everywhere. I've had it in the back of a float plane into Canada. I've brought it to Nebraska, Iowa, Florida, and Texas, and it has just been a blessing to me. I have another outdoor chair, and it just sits in my shop with a dead battery because I'd rather be in the Outbounder. It's faster, lower to the ground, and skinnier, so I can get around in it more easily. Once people see it and ride in it, they really understand what it's all about. When I had the opportunity to buy the company, I knew I had to jump on it. 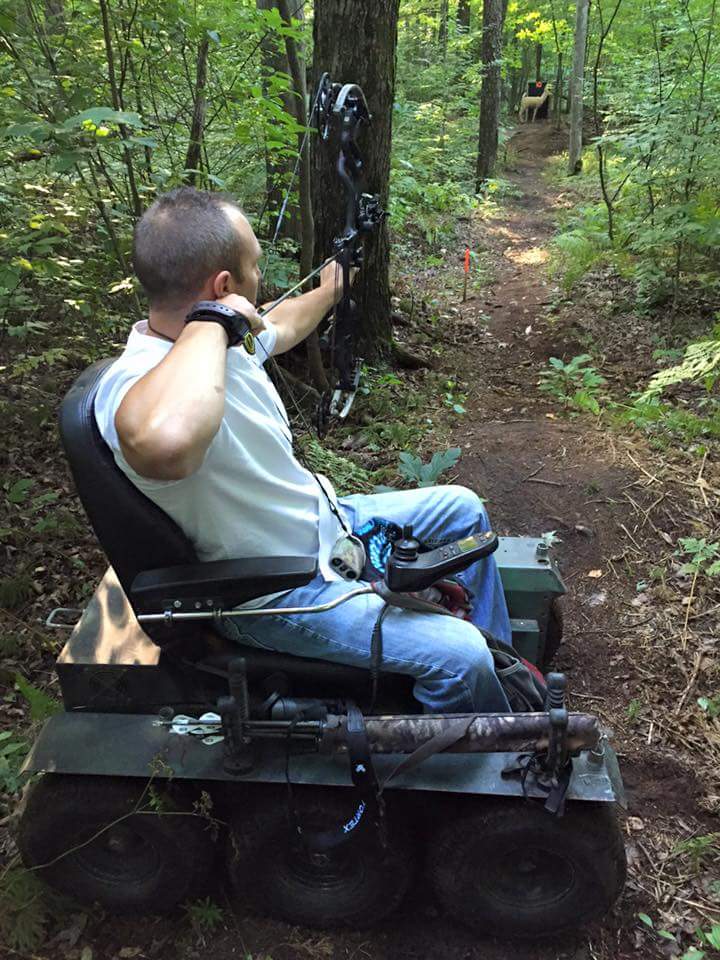 The nice thing about the Outbounder 6x6 is that it's low enough to the ground that you can work from it. I can reach the ground when I'm sitting on it, so it makes doing yard work easier. If I'm outside at my house, I'm in it.

Being the outdoors type, it allows me to do several activities. I can shoot my bow from it. I can use it on the beach and make my way around campgrounds without cement paths.

The Outbounder allows me to participate more easily in different family events and activities off the beaten path.

It can also go through 4–6 inches of snow. We have some more aggressive all-terrain tires that we can put on it to help it go through snow even more efficiently.

When people look at it, they often refer to it as a tank. I’m capable of wrecking just about anything, and this thing has proven itself. I’ve had mine for 10 years and have put it through the ringer; it just keeps on going! 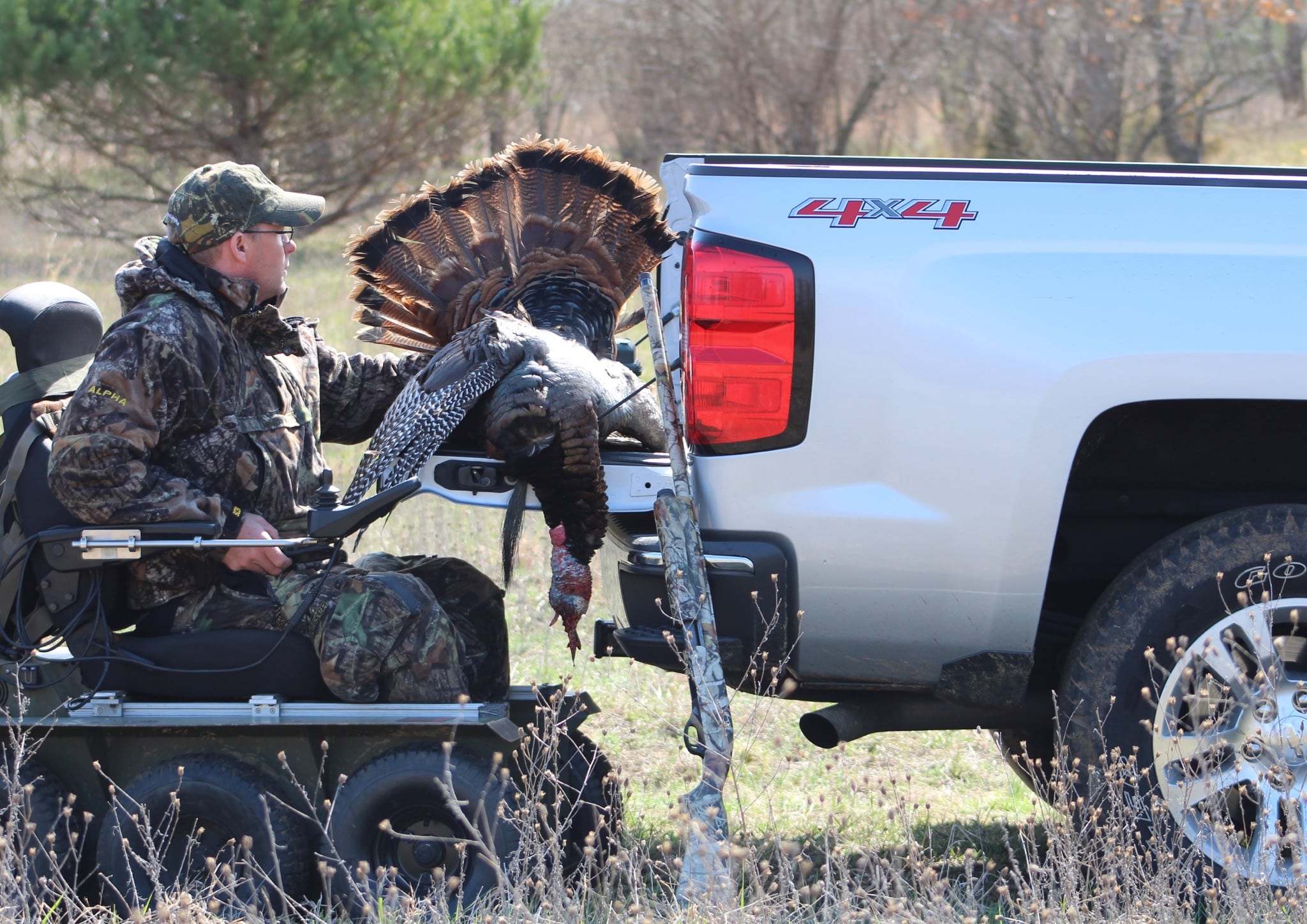 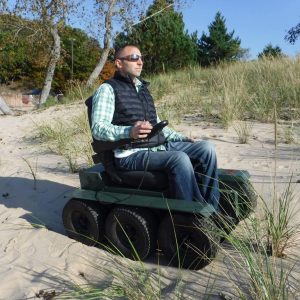 The Outbounder uses a battery rather than gas, and you can go 9–12 miles on one charge. When camping, I’m usually able to go the whole weekend without recharging the battery.

The machine weighs about 480 pounds total and can go about 4.5 miles per hour, which is a little bit faster than the standard walking speed.

Anybody who can manipulate a joystick can drive an Outbounder.

It comes with a seatbelt, and we can also put a 3-point harness on it upon request.

The Outbounder sells for $12,900 which is actually less than other outdoor chairs and well below the cost of a typical electric wheelchair. We're working on getting it VA approved right now so we can help the veterans who have given so much to our country get outdoors and do the activities they love.

We have most of the components manufactured elsewhere, and then we assemble them in my shop. Once we receive an order, we can have it out the door in 4–6 weeks. We try to keep a couple on hand ready to go, but we always tell people the longest they’ll have to wait is 4–6 weeks. I know the Outbounder can bring hope, freedom, and independence to people. Since I got hurt, it has enabled me to do things on my own. I was never the type of person to have to rely on other people, and then all of the sudden, I got injured, and for a lot of things, I had to ask for help. With the Outbounder, if I want to do something, I hop in it, and I go. 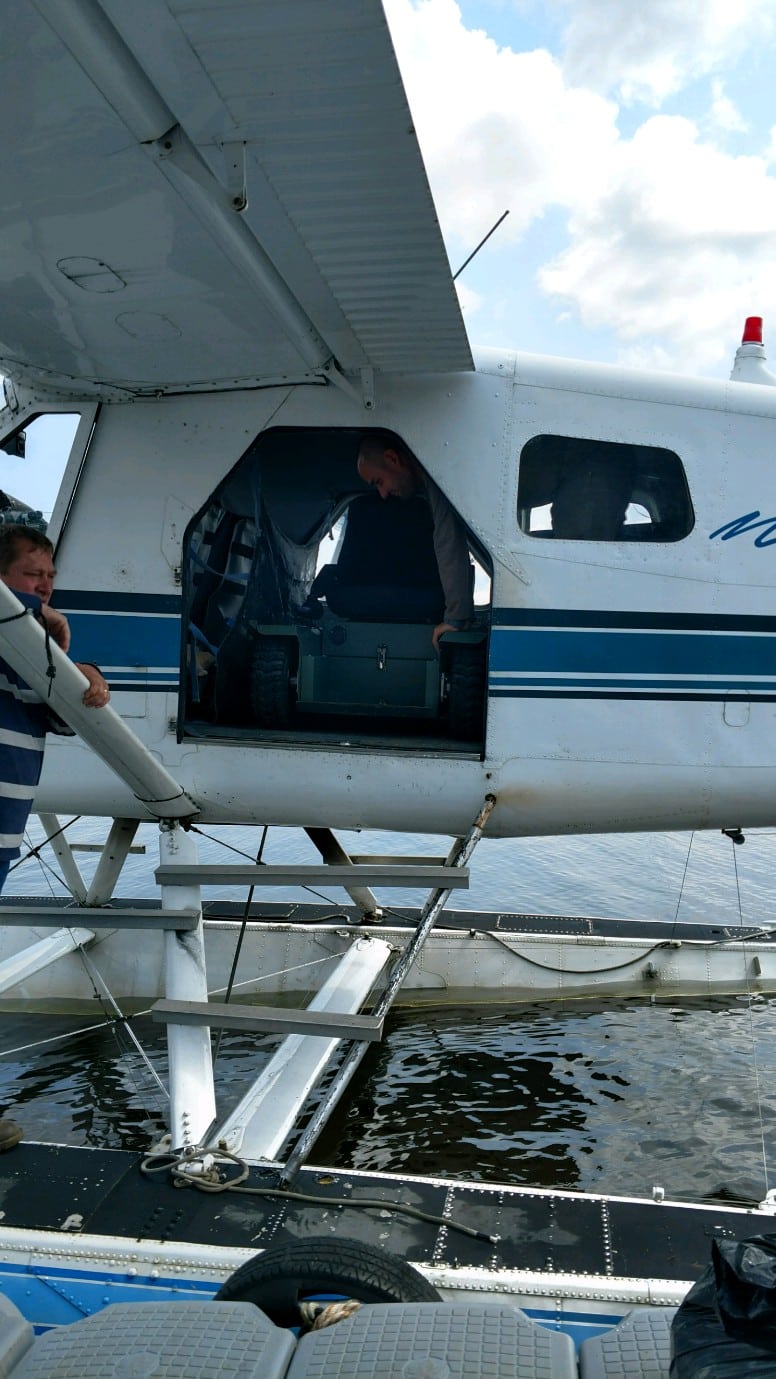 I would say it's the closest thing to walking since I got injured that I've found. It's just a freedom thing.

Editor’s Note:  More details can be found at Outbounder.life. Check out more photos and videos on the Outbounder 6x6 Facebook page.