Fighting to Make the World a More Inclusive Place: Tina 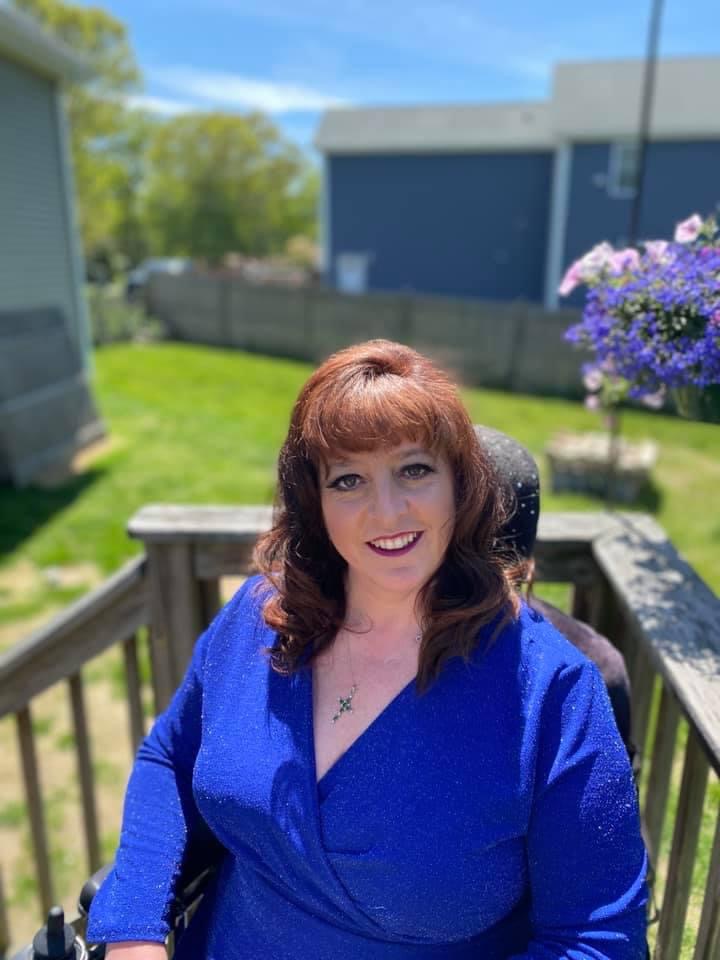 Fighting to make the world a more inclusive place

Tina is a four-time cancer survivor, and a machine runs her bladder. In 2014 she suffered a spinal stroke, which left her in a wheelchair – but Tina says that she could have suffered the stroke in her brain and died, so the wheelchair is not that bad in comparison. If you ask her, the only thing that has changed in her life is that her legs don’t work – and she is more active now than she ever has been.

“The implant in my bladder was supposed to be a simple procedure, but I woke up to no feeling or use of my legs and have been paralyzed ever since. I’ve been in a wheelchair for seven years now, but literally, the only thing that’s really changed in my life is the fact that my legs don’t work,” says Tina.

One of the many things that Tina occupies herself with these days is advocating and raising awareness about cancer and disability. Throughout her life, she has always had the ability to be laser-focused and completely committed to whatever cause was put in front of her.

“Whatever my children did – dance, cheerleading, lacrosse, football, karate, Eagle Scouts – I was always 100% involved and tried to lead by example. So I just think it was a natural progression for me when I became paralyzed. Going from walker to wheeler I realized how inaccessible the world can be. And I had a choice: either roll up into a ball and cry about it – or get off my butt and make a difference.” 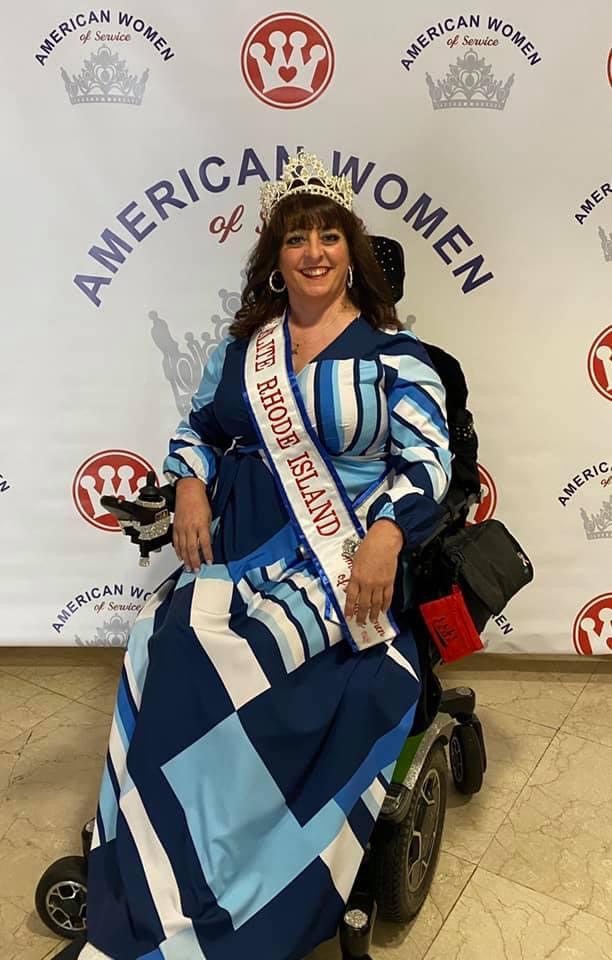 People started recognizing Tina’s advocacy efforts, and she was eventually named Ms. Wheelchair in 2018. She had never heard of it, but immediately recognized it as a valuable platform.

“As it turned out, it was all about service and community and advocacy and I saw it as a way to reach a larger audience. I was able to do amazing things with it. I made several hundred appearances across 15 states during that year and was able to meet a lot of people,” explains Tina.

Ms. Wheelchair is focused on advocating for women with disabilities who depend on a wheelchair for mobility, a cause that Tina is happy to champion. But she wanted to advocate for others as well.

“I had more in me than just that. There are kids out there, there are men, there are people who are non-binary, you know what I mean? So I transitioned into that and that’s how RAMP got started.”

RAMP (Real Access Motivates Progress) was the next step for Tina. At the center of RAMP is education and advocacy for people with disabilities – both the visible ones and the invisible ones. The goal is to have accessibility and inclusion for everyone, and the program was a success right from the beginning, now being represented in seven states across the country. 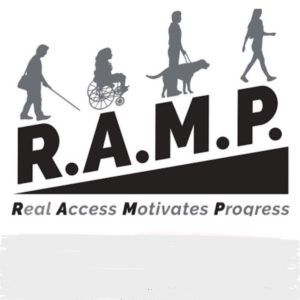 “I truly believe that nobody is maliciously inaccessible. They just don’t know any better. We do a thing called a roll-through where I will enter a business with my wheelchair. And basically, I let them know what they need to do in order to really be accessible. Things like widening the bathrooms – because having a pretty little wheelchair sign doesn’t cut it,” she says.

Tina works with the business owners and shows them how they affordably can become fully accessible. She helps with everything from grants and money to bringing in clients once the business is accessible. She starts the process and is onboard throughout to show the benefits for everyone.

“If you go into a business yelling and screaming, you’re not going to achieve much. They’re never going to open their minds and they’re going to think that disabled people are rude.”

Tina and RAMP have been able to reach out to almost 200 businesses in the first year. As a testament to her efforts, she has won numerous awards, ranging from the Presidential Service Award and the Role Model award to the American Women of Service speech award and the 2020 Caregiver of the Year organization award. To her, however, it’s not about rewards, but what the rewards stand for.

“Here I am – a woman in a wheelchair. I can compete and I am able to do exactly what other women without disabilities are able to do. Wheels don’t make me who I am – my mind and what I do makes me who I am,” she states. 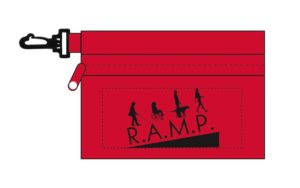 Had it not been for the Covid-19 pandemic, Tina believes that RAMP would have far exceeded the work they’ve already been able to do. But she also believes that it opened people’s eyes to her cause.

“What we did during the pandemic is everything that we were told we couldn’t do for years. You can’t go to school virtually, you can’t work virtually, you can’t go to the doctor virtually. It all happened within a month for the whole world, so we were all included. That meant that the world got to see what the disability community deals with on a daily basis. It’s important that we raise awareness and let the world know that once we open back up, they need to take us with them. Make sure we’re included when the world reopens.”

Tina also founded the RAMP Red Bag initiative, which revolves around a little red bag that one carries at all times. It includes all relevant medical and emergency information such as organ donor wishes and emergency contact people. For those that say, “But I have those details in my phone,” Tina only has one thing to say:

“That’s great, but I don’t know any emergency center in the world that’s going to say, “Wait, don’t die yet – give me your phone code!” If there’s a power outage or a flood, you’re not getting that info.”

Since launching the initiative in September 2019, the red bags have spread across the country and now exceed 30,000. RAMP donates bags as well – to homeless people, to veterans and to people in group homes that cannot afford the initiative.

“It has literally saved three of my friends’ lives. So I know there is real worth in doing this,” says Tina. 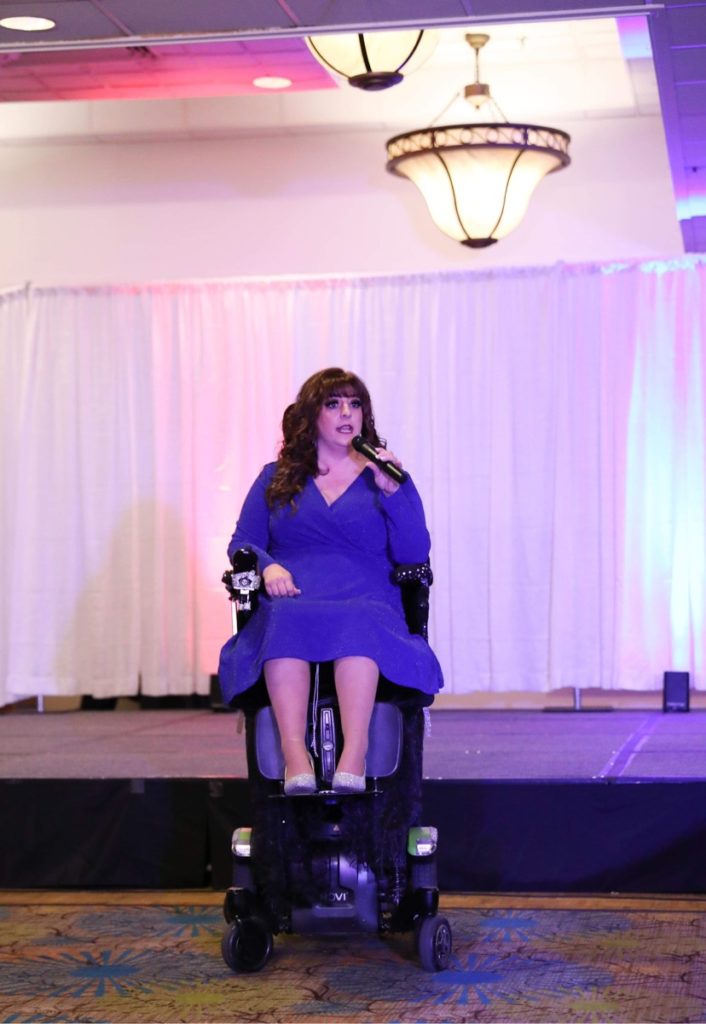 Tina’s work has also brought her into contact with governors and congressmen around the country. Her positive attitude has made an impression on many of them, particularly her own governor who has invited her to speak at events and appointed her to the Governor’s Commission on Disability. Within her first month on the commission, Tina was voted Vice Chair.

“It’s something I’m very proud of. It gives me access to commissions all across the country, which is very valuable for knowledge sharing. Because, ultimately, we’re stronger if we work with other people. None of us can do this alone. We need each other. I truly believe that working with as many people in organizations as possible is where we're going to move the needle. It’s not about who gets the credit. All I care about is that real work gets done.”

And Tina feels that there is still a lot of real work that needs to be done in getting people to accept others just the way they are.

“When I went from walker to wheeler, nothing changed for me other than the fact that my legs didn't work anymore. The rest of me pretty much stayed the same. What changed was the way people looked at me, the way people thought I could do less because I was in a wheelchair, or the way people thought I wouldn't advocate or be as involved. But since I’ve been in a wheelchair, I have actually done far more than I ever did before. As disabled people, we have to work twice as hard just to be seen like everybody else, and four times as hard to be impressive. My main goal isn't to be impressive, it's to make a difference. But in order to really be seen in this community, you have to be impressive. If we're seen for the person we are, I really believe we can change the world. But all disabled people need to work together and fight for a common cause.”

The cause might seem simple on the surface – but it’s one that people who aren’t disabled might struggle to understand unless they take the time to put themselves in the disabled people’s place.