One Adaptive Athlete’s Story on How Perseverance Saved His Life

Editor’s Note:  From dancing to triathlons, 31-year-old Vincenzo Tufano is constantly on the move. This wasn’t always the case, though. After falling in 2010 due to muscular dystrophy, he lost nearly all mobility leaving him in an electric wheelchair and unable to participate in the activities he previously enjoyed. Over the course of the following five years, his persistence and determination would pay off as he regained movement little by little. Today, he's an accomplished adaptive athlete and dedicates his time to showing others that with the right tools and attitude, they too can lead an active lifestyle.

When I became paralyzed, I was told by some physical therapists to give up because they didn't think I could gain any function. My doctors said I was going to die. I lost friends because some of them couldn't accept it. I have family members who didn't care. They weren’t able to see me anymore. They saw this broken shell as if the person inside had died, even though I was just as lively as before.

I continued trying to move forward with my life, but it wasn't until a friend told me not to give up that I started pushing harder. I didn’t have any function in my right arm at the time, so I began by pushing it in and out with my left hand. I kept doing that until I started getting a little function. I kept working on things like that on a daily basis. Once I switched over to a manual wheelchair a few years later, I would go outside, even in the middle of winter, and wheel back and forth.

I wanted to be able to go around the block without having to rely on somebody else, but there was always fear.

I live in the city, and as a wheelchair user, you worry about being a target for robbers. When I started getting stronger, I also became less afraid. The confidence I had in myself grew.

Back on the Dance Floor 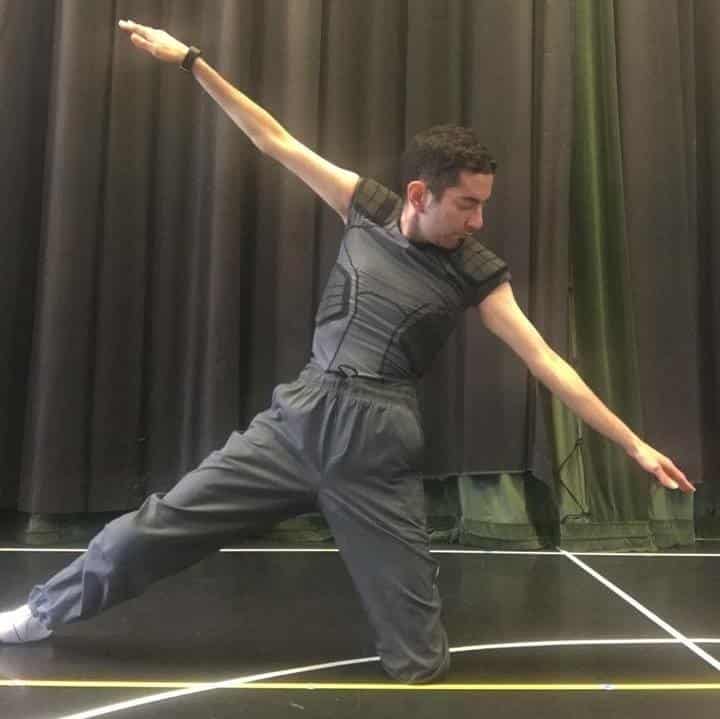 When I was younger, I did musical theater, so after my accident, I wanted to get back into dancing. Now, I perform with a dance company and choreograph my own routines. I'm not strictly confined to the wheelchair, nor am I completely able-bodied. I'm in between, and there aren't that many dancers like me. I dance in and out of my wheelchair and integrate any tool that I have from leg braces to a simple chair.

Abilities Expo asked me to teach a dance workshop, and that’s when I decided to start From the Heart We 2 Can Dance. I teach dance to kids at Shriners Hospital and adults with intellectual and developmental disabilities through the Community360 Day Program. I try to show people that if they have it in their heart, they can do it. It doesn't matter what kind of mobility you have.

Even if you only have movement in your eyes, you can still tell a whole story.

I help people find their inner dancer and learn not to be afraid by giving them simple tools.

A lot of people with disabilities have an issue with dancing at parties, especially if they’re in a wheelchair. Sometimes, people are embarrassed or afraid they're going to run somebody over. But if you go to a wedding or a party, you don't want to be the person who sits in the corner all night!

Part of dancing is just being okay with who you are. People can stare all they want at my leg braces, but that's not going to stop me. Some people don't understand, and some are just ignorant, but we have to learn to let that fly over our shoulders and just keep going.

If we allow people to get into our heads all the time, it will stop us from doing things we want to do, and that’s not living.

I like to show others with disabilities that they can dance. It's okay to be afraid, but you can’t let that fear control you. You can, however, use that fear to better yourself.

From the Dance Floor to the Outdoors

Being a triathlete is a big part of my life that helped make me stronger. Before becoming paralyzed, I was a swimmer. I had been a deep water lifeguard for Walt Disney World at their water parks, and I loved being in the water. A friend told me about Dare2Tri, an organization who works with people with all kinds of disabilities and teaches them the different triathlon disciplines. I started swimming with them in 2016 and then decided I wanted to compete. I entered the Chicago Triathlon SuperSprint in 2017 and came in first in my division. Now, I'm forever in love with it. I continue training with Dare2Tri as well as on my own. 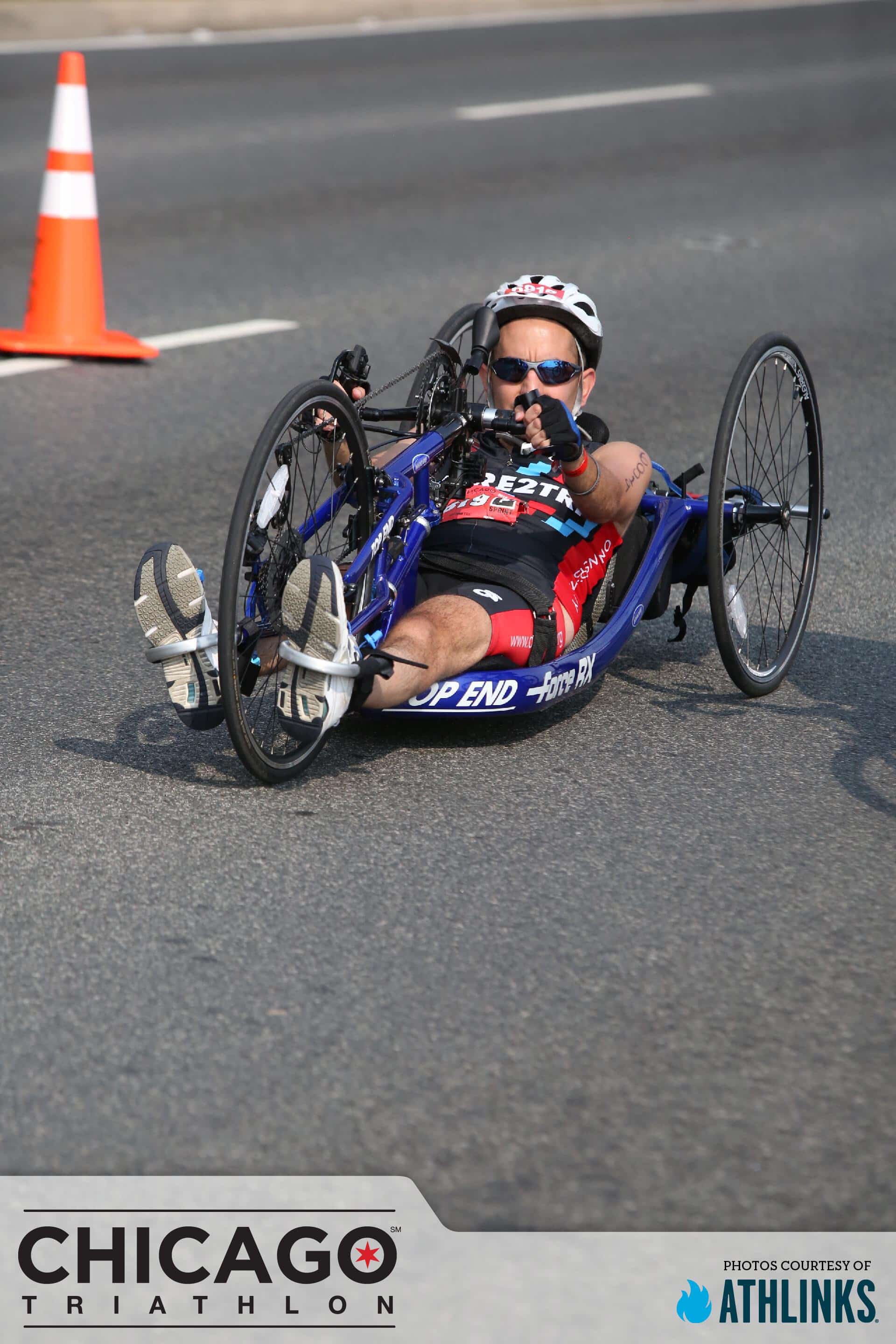 This past year, I did the Bike the Drive, which is a 30-mile hand cycling race up and down Lake Shore Drive in Chicago. Then, I did the Wauconda Triathlon because I love to challenge myself. It's a half-mile swim, 12-mile bike ride, and 5k run. I ended up taking first. I also did the Intelligentsia Cup, and during the race, I flipped my handcycle and crashed. Despite injuring my arm,  I got up and finished the race.

That was a proud moment because it showed that no matter what happens, I can still push through and fight to the end.

I can cross that finish line, and that is what it's all about. It doesn't matter if you're the world's greatest athlete or if you are just an average Joe. The true accomplishment is crossing the finish line. When things look down, never give up. That’s the true win. 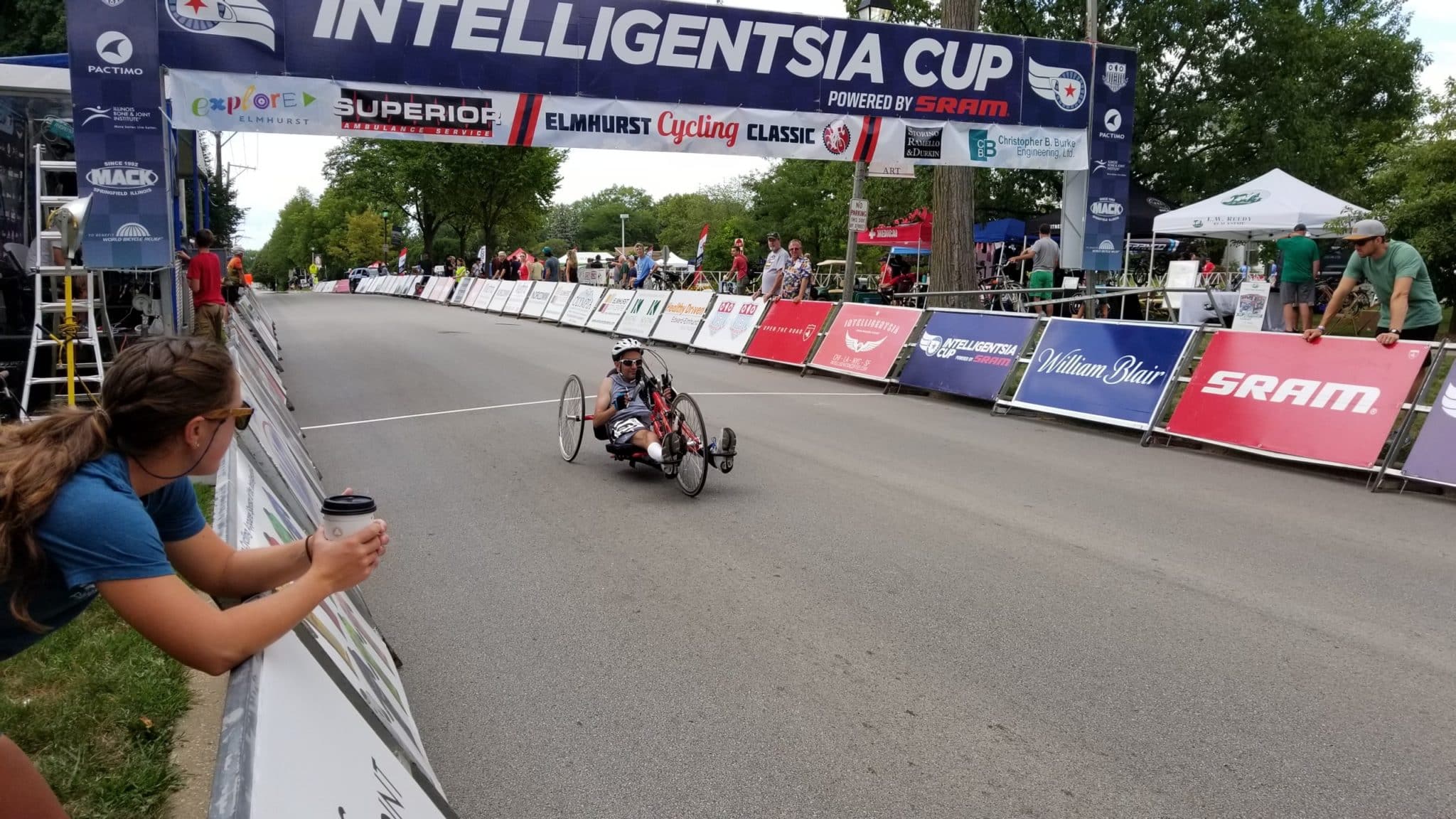 Editor’s Note: As an adaptive athlete, Tufano uses various tools to compete in triathlons including LAVA Pants for the swim, a handcycle for the biking portion, and a racing wheelchair for the running segment.

The Importance of Being Active

I have a progressive neurological disease which causes me to lose muscle. Being active helps hold my disease back. Movement of any kind is better than none at all. Your body declines without activity, especially with a disease like mine. Being active is great not only for the body but for the mind and soul as well.

Making a Difference as an Abilities Expo Ambassador

As an Abilities Expo Ambassador, I help get the word out about the event and let people know what it’s all about. I also support the community and try to make a difference where I can. The disability community is one of the most overlooked groups around. Many people think disabled people can't do anything for themselves not realizing that with the right tools and training, a lot of us can succeed in life and actually go farther than some people who don't have a disability.

A lot of us adaptive athletes can give able-bodied athletes a run for their money.

All we need are some tools that allow us to do these things. We train just as hard as many other athletes do, and we're just as fast. We have to get out there and change that mentality and that's what an ambassador for Abilities Expo does. They try to better the community and show that disability is not what you probably think it is. 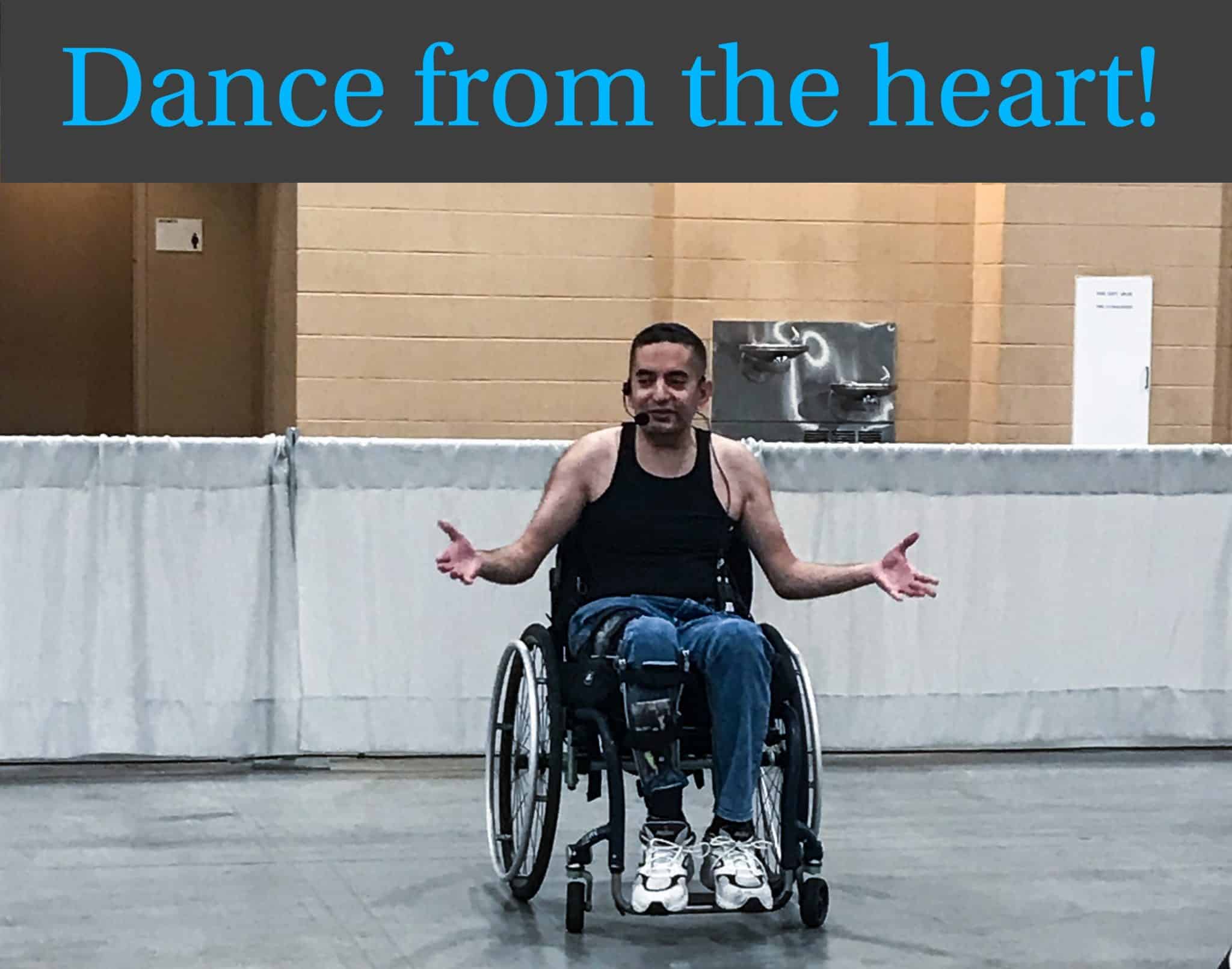 I won't put the blame completely on able-bodied people for that stereotypical mentality. People with disabilities are to blame as well.

For instance, when somebody says something that may be offensive, we have to learn to take a step back and acknowledge that they probably weren't trying to be hurtful.

They were most likely trying to be friendly. If someone offers their help, and you decline, but they help you anyway, instead of getting mad, just realize they are trying. When we get angry at everything, we turn those people off, and then they're not open to working with people like us in the future. We can use these situations as teaching moments and lead people to see past our disabilities.

Continuing to Help Others

I'm going back to school to be an orthotics and prosthetics technician. These tools are some of the best things available to people living with paralysis, and they’ve helped me so much. I would love to work for a rehabilitation center like the Shirley Ryan AbilityLab.

I want to do for others what they’ve done for me. 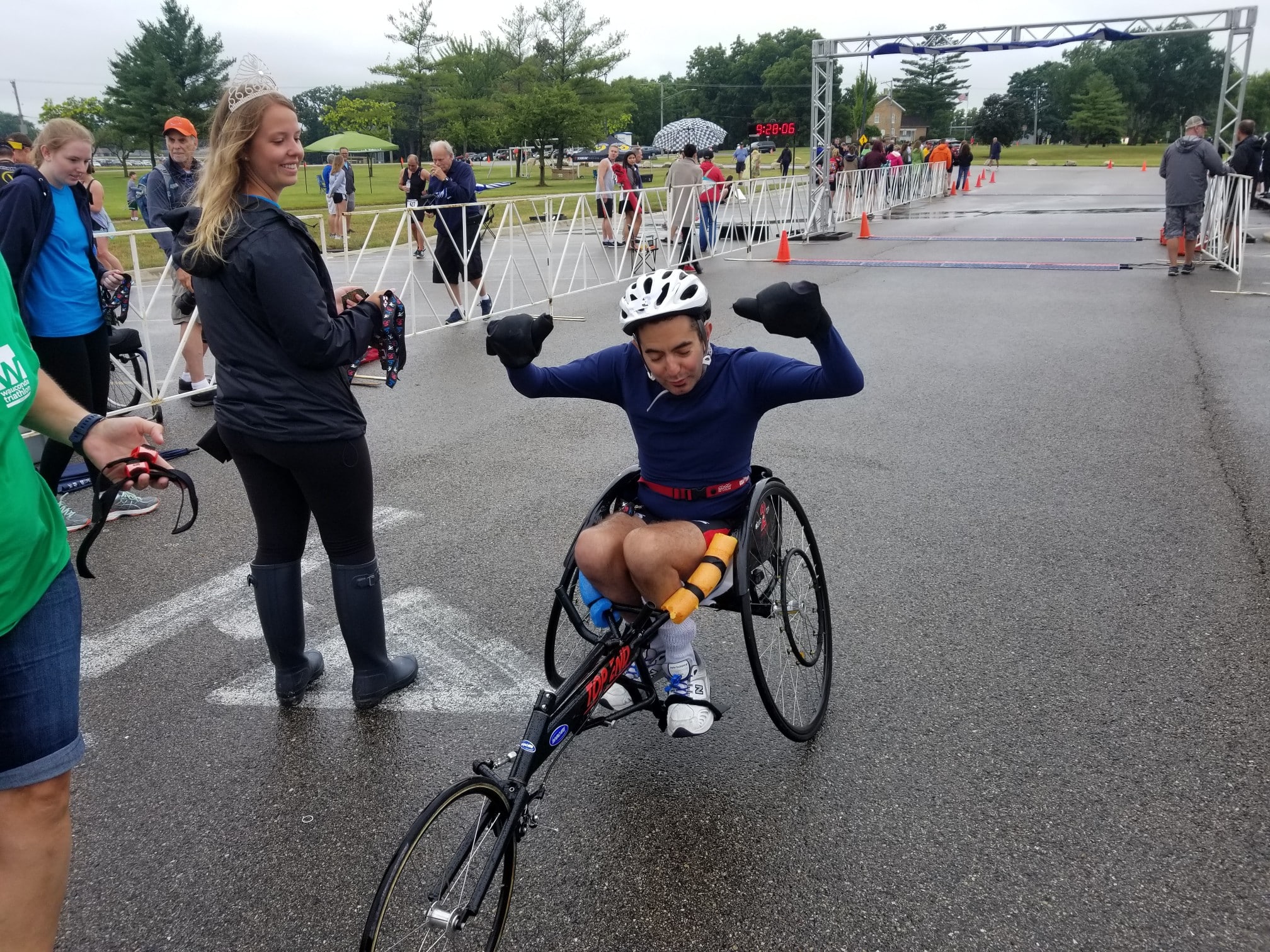 Editor's Note:  Check out some of Tufano's dance performances on his YouTube channel.

If you're interested in learning one or all of the triathlon disciplines and live in the Chicagoland area, visit Dare2tri.org.

All information in this article was extracted from a telephone interview with Vincenzo Tufano, and the opinions expressed are those of Tufano’s.