Editor’s Note:  Sheri Melander-Smith was born with a vascular malformation on her spine resulting in her legs growing at different rates. Despite her doctors not knowing the cause at the time, she underwent surgery at the age of six to stunt the growth of the longer limb. As one leg caught up with the other throughout her youth, she braved a second surgery in her late teens to correct the remaining disparities in appearance. Shortly thereafter, she won an Eileen Ford contest launching her career as an international fashion model that continued throughout the ‘80s. While living a life of glamour and glitz, she thought her days of dealing with a disability were over. Little did she know, her life would soon take a completely different direction. 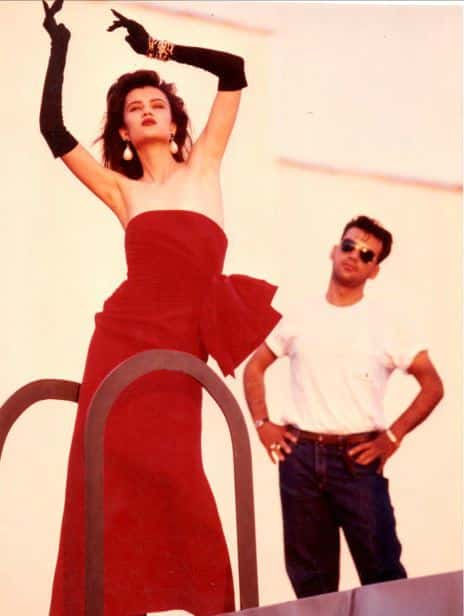 When I was 25, I started tripping and losing my balance. That's when I found out I had been born with a vascular malformation on my spine. It ruptured the same day my dad died. I lost my dad and was paralyzed within the span of a few hours. It was really devastating. I had been living quite a different life. I was modeling, traveling, and had a European boyfriend who was a prince! I broke up with him and stopped modeling because that day changed my perspective on life.

It changed who I was as a person, my value systems, and how I saw the world.

When you're young, you don't think anything bad is going to happen, and then you get older and realize that time is limited. 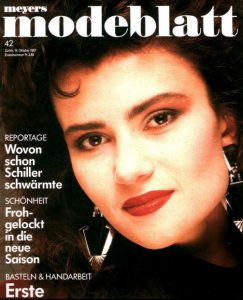 After months of therapy, I got better and decided to go to college to earn my undergraduate degree in psychology. Soon after, I got married, had a baby, and left California to move back to my home state, Minnesota. Within a very short time period, my life changed dramatically; I went from being a student to being married with a child and living in a different state. In the meantime, my mom had passed away too, so when I came back to Minnesota, the whole family dynamic was different for my siblings and me.

When my son was still a toddler, I decided I needed a master's degree to further my career, so I went to the University of St. Thomas and received my MBA. That's when I started my career working in administration policy for social services as a principal planning analyst for the county. My job was to ensure that the consumer's voice was being considered when developing programming for people with disabilities and children with mental health issues. I was able to achieve a certain level of success, and it really felt like I had overcome everything once again. I had to battle my disability as a child to become a model, and then I had to overcome my aneurysm in order to have a successful career in social services. 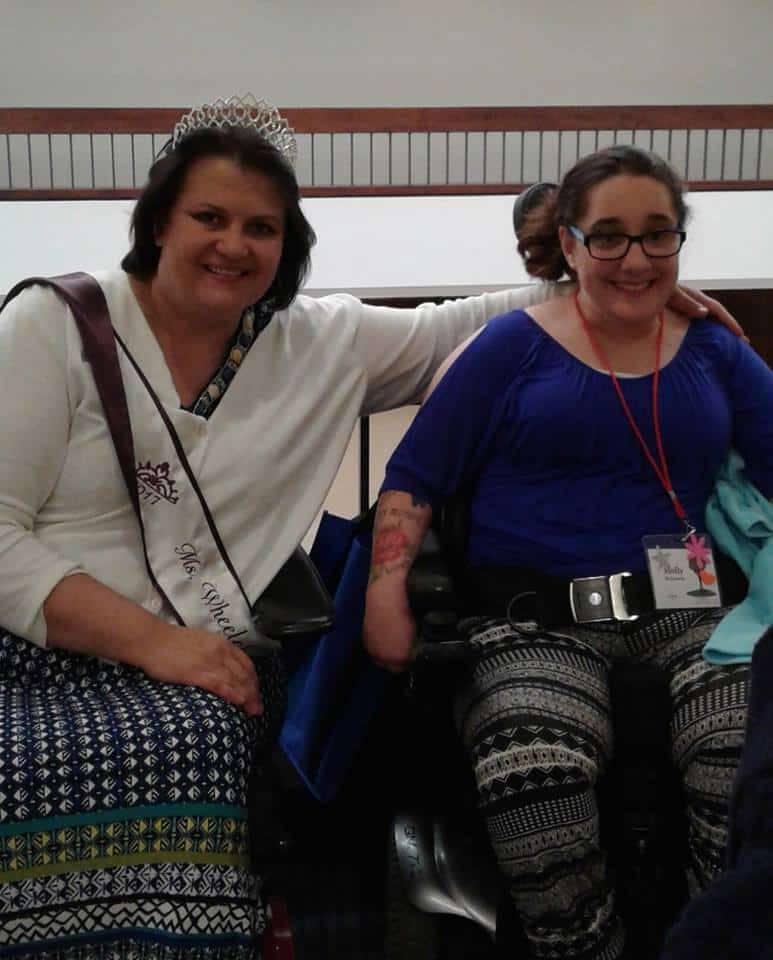 When I was about 38, I had another aneurysm. At that time, I decided to have surgery to remove the malformation on my spine. The doctor told me that there was only a two percent chance that something would go wrong, so I really wasn't expecting anything to happen. However, something did go wrong, and the doctor himself wasn’t even able to tell me what happened. I went to the best neurosurgeon in the country, so it's not that I didn't receive the proper medical care. Sometimes things just happen, and I ended up paralyzed again as a result of the surgery.

My paralysis and the intense pain I experienced forced me to stop working. The vascular malformation was right on the nerve roots, so it was extremely painful. Chronic pain has been a major issue for me and has stopped me from working ever since.

Back Into the Limelight 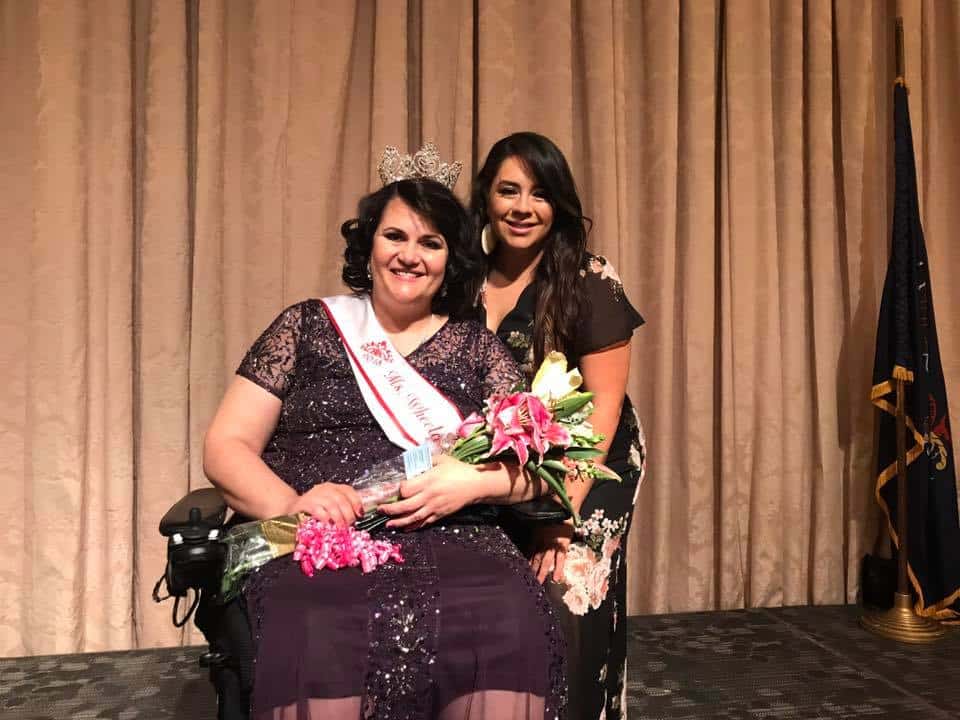 Since I retired from working, I have had my own cable TV show about disabilities and living your best life. I write articles, give speeches, and do the best I can to make an impact on the community. When I found out about the Ms. Wheelchair Minnesota pageant, I thought it would be a really great opportunity to get more speaking engagements and make my platform more public. I won in Minnesota, and then went on to compete for the national title last August. I'm happy to say that I won the title of Ms. Wheelchair America!

An Insider Look at the Ms. Wheelchair America Pageant 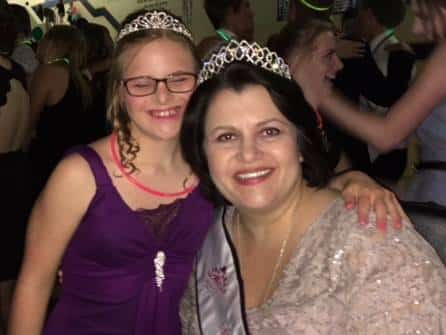 During the pageant, you have a whole week to get to know the other contestants. It's very rare to have all those women in one place with similar goals, ambitions, and medical situations.

You leave the pageant with a feeling of sisterhood and new friendships are formed.

A large part of the pageant is the interview process. There are five judges and you have three different interviews with them over the course of three days. They look at what you've done in your local community and then choose the person who would be best suited to represent the 57 million Americans with disabilities as Ms. Wheelchair America. 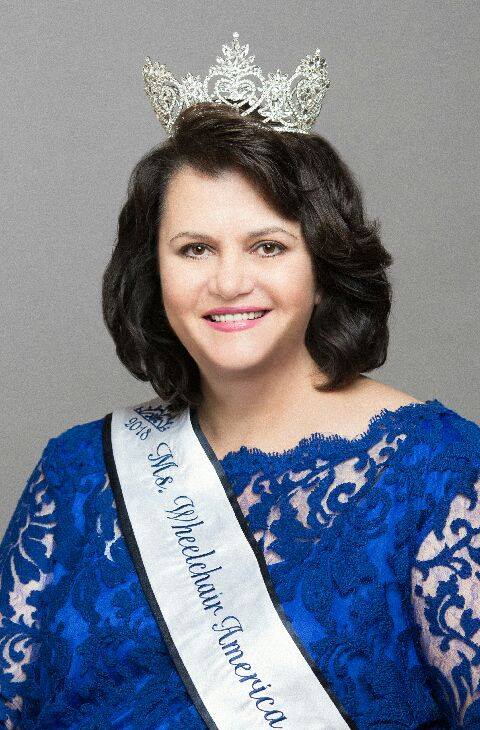 I didn't really go in thinking I was going to win, but when I did, it was just a lot of fun. Everyone was very supportive, and I had a great feeling of achievement and recognition. Now, as Ms. Wheelchair America, I get to travel all over the country and meet people; it has been an amazing experience.

It’s Not a Beauty Pageant! 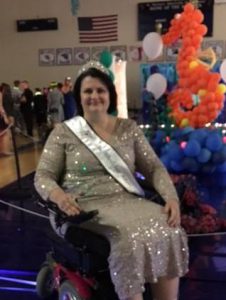 I would absolutely encourage women who fit the criteria to participate. It’s open to any women over 21 in the United States who use a wheelchair 100% of the time for community mobility. For me, it had been a long time since I got made up, wore a long gown, and saw myself looking like that. Having pictures taken and having the spotlight on you is good for your self-esteem. It's not a beauty pageant, though. That's one thing I want to make very clear. It's based on your advocacy efforts and your ability to communicate with and educate the public regarding the needs of people with disabilities.

It's a life-changing event, and the organization does a really great job.

They make all the contestants feel really special and taken care of for the whole week.

Editor’s Note:  For more information on the Ms. Wheelchair America organization and how to get involved, visit their website at www.mswheelchairamerica.org and follow them on Facebook at www.facebook.com/MsWheelchairAmericaInc.

What Does Ms. Wheelchair America Do?

Editor’s Note:  According to www.mswheelchairamerica.org, the duties of Ms. Wheelchair America include, “...promoting awareness of the need to eliminate architectural and attitudinal barriers, informing the able-bodied public of the achievements of the millions of people with disabilities across the nation, and assisting with the establishment of programs in all 50 states by promoting Ms. Wheelchair America.” 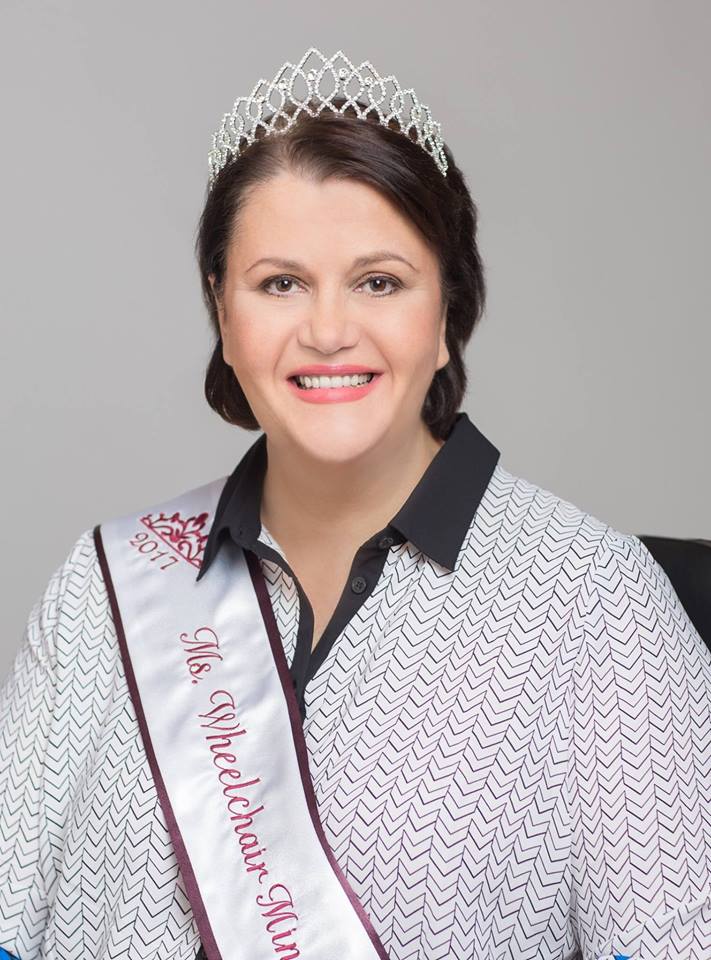 I have had a lot of interviews with local and state news outlets for articles and TV spots. I got to travel to Hawaii and meet with different organizations there. I've been to Pennsylvania to speak at the Olympus Corporation. I've been to New York City. I’m going to Los Angeles, Miami, Chicago, New Orleans, Santa Fe, and Washington, D.C. It's a very busy schedule, but the people at the pageant have been understanding of my ability and my energy level. There is no pressure, yet there is considerable opportunity to achieve a lot and get the word out through many different avenues.

I'm really looking forward to this year because there is a lot of adventure to be had, places to go, and things to do.

My speaking engagements are adapted to my audience. Usually, people are interested in my story of modeling and all that, but sometimes they just want to keep it related to disability in general or subjects like disability etiquette, the ADA, or emergency preparedness. It really depends on what the audience wants or what the event is about. Most of the time, it's a human interest story. People just want to learn about me and my history.

Editor’s Note:  To hire Sheri Melander-Smith to speak at your event, get in touch with her via the contact form on her website at www.sherimelandersmith.com/contact_me.html.

Dream Big and Never Give Up 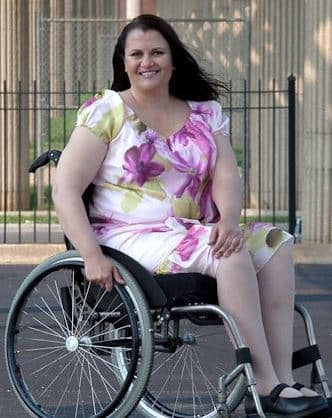 Imagine a little girl with a built-up shoe of three inches walking with a limp. Then, imagine that little girl would grow up to be a Ford model in New York City. The message I like to get across with my story is that miracles happen, and you just never know what life can bring.

I tell people to always dream big and never give up. I do believe that one day I'm going to be healed. Medicine is making some big advancements, and within my lifetime, I believe I will be able to walk again. I know that's a really bold statement, but I firmly believe that, and I hold that faith. You can choose to believe or not, but the 24 hours still pass regardless. I choose to believe.

There is a downside to keeping your faith and believing, however, because it can inhibit you from moving on. If I firmly believe that I'm going to walk again, for some people, that could mean that they are not going to accept their current situation. The quicker you can accept yourself as you are, the easier and better your life will be.

Accept yourself where you are, but always dream big and keep looking for improvements.

It's all about self-acceptance whether you're in a chair or not. We need to learn to accept ourselves and our limitations, even if they change. I needed to say I'm bigger than anything that happens to me, and I'm going to make my life the best life I can live, no matter what. That's the attitude I hold and I would encourage others to hold. Live your best life, accept your limitations, but keep going.