The Story of Two Guys, a Wheelchair, and El Camino

What was simply meant to be two best friends hiking El Camino de Santiago together, as literally millions have done before them, turned out to be so much more than either of them could have ever imagined or expected. In the documentary I’ll Push You, we follow the two men, as one pushes the other in his wheelchair, throughout their journey from the moment the idea for the 500-mile trek across Northern Spain is conceived to reuniting with their wives upon completion of the pilgrimage — and all the muddy ups, rocky downs, and even paved straightaways in between. 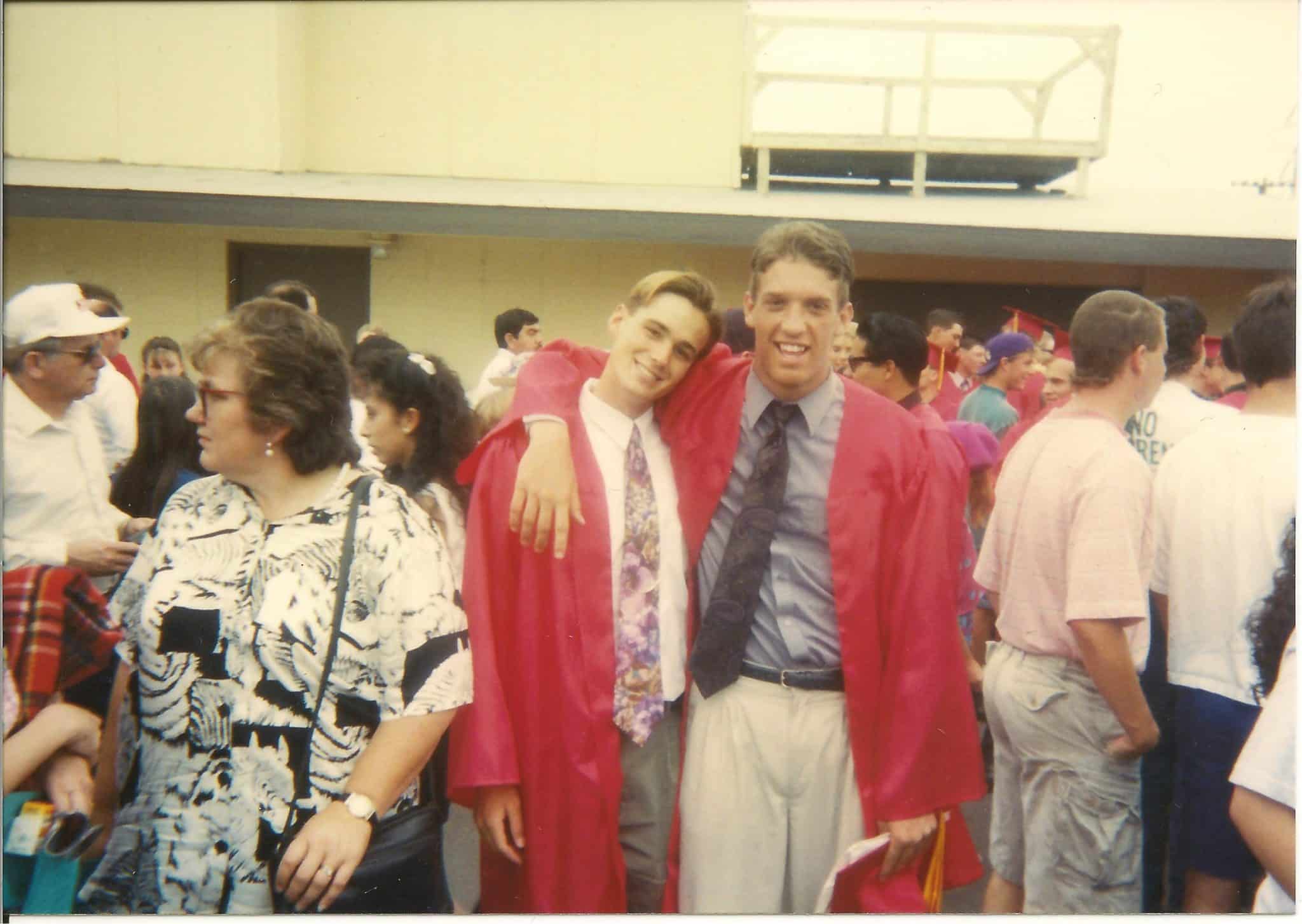 Best Friends From Day One 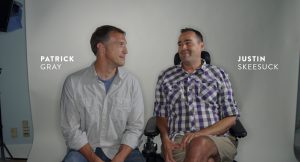 Buddies since birth, Justin Skeesuck and Patrick Gray enjoyed a typical small-town childhood that consisted of hanging out, playing sports, teenage crushes, and a little harmless mischief from time to time. After high school, despite Justin being diagnosed with a rare autoimmune neuromuscular disease and no longer living within close proximity to each other, their relationship continued to grow stronger. Life got busy with careers, wives, and children, but the duo's friendship never faltered.

Many of us have memories of a childhood best friend and look back warmly at those times we played together during school recess, slept over at each other’s houses, and followed one another through the neighborhood streets on our bikes, not unlike Justin and Patrick’s story. With the transition into adulthood, however, men often reach a point in which expressing platonic love for a fellow male becomes stifled, perhaps due to an intentional or subconscious desire to conform to society’s vision of masculinity. Yet, Justin and Patrick managed to escape this notion that having a close male friend is somehow unmanly or feminine, and their mutual love for and trust in each other is unmistakably evident throughout the film. 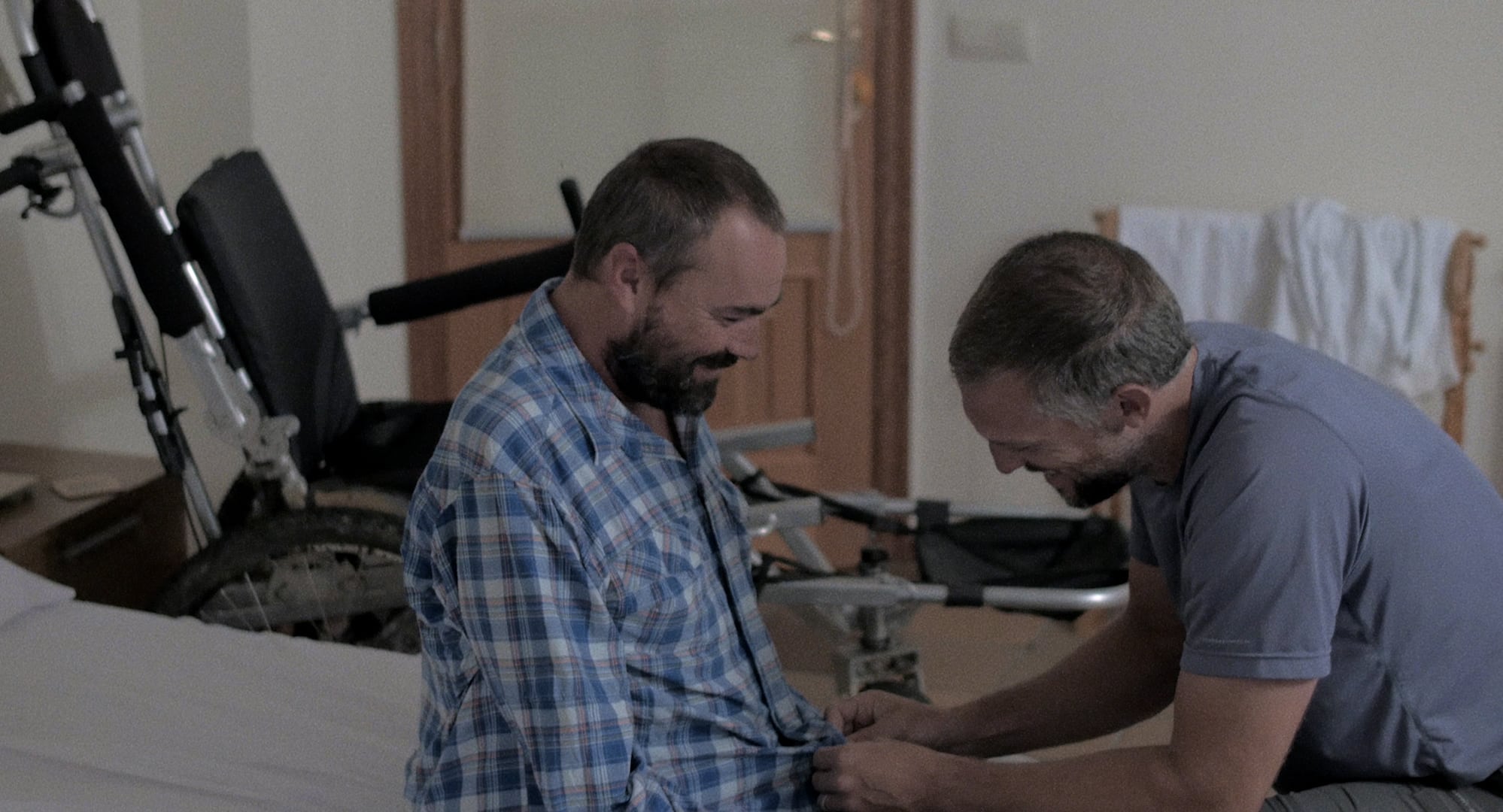 For Justin, who is facing multifocal acquired motor axonopathy (MAMA for short), it would be easy for him to feel like a burden to his best friend as his disease progresses and slowly deprives him of his mobility and independence. But film viewers quickly realize that his approach to any situation is never taking the easy way out. His ability to maintain a light heart and a grin on his face all the while aptly addressing the serious stuff is admirable and downright impressive.

For Patrick, a self-described type A personality, he has never been one to shy away from a challenge. The man’s dedication to making this adventure happen is apparent from the beginning and is perhaps driven by both his natural disposition as well as the looming uncertainty of when his time with Justin will run out. 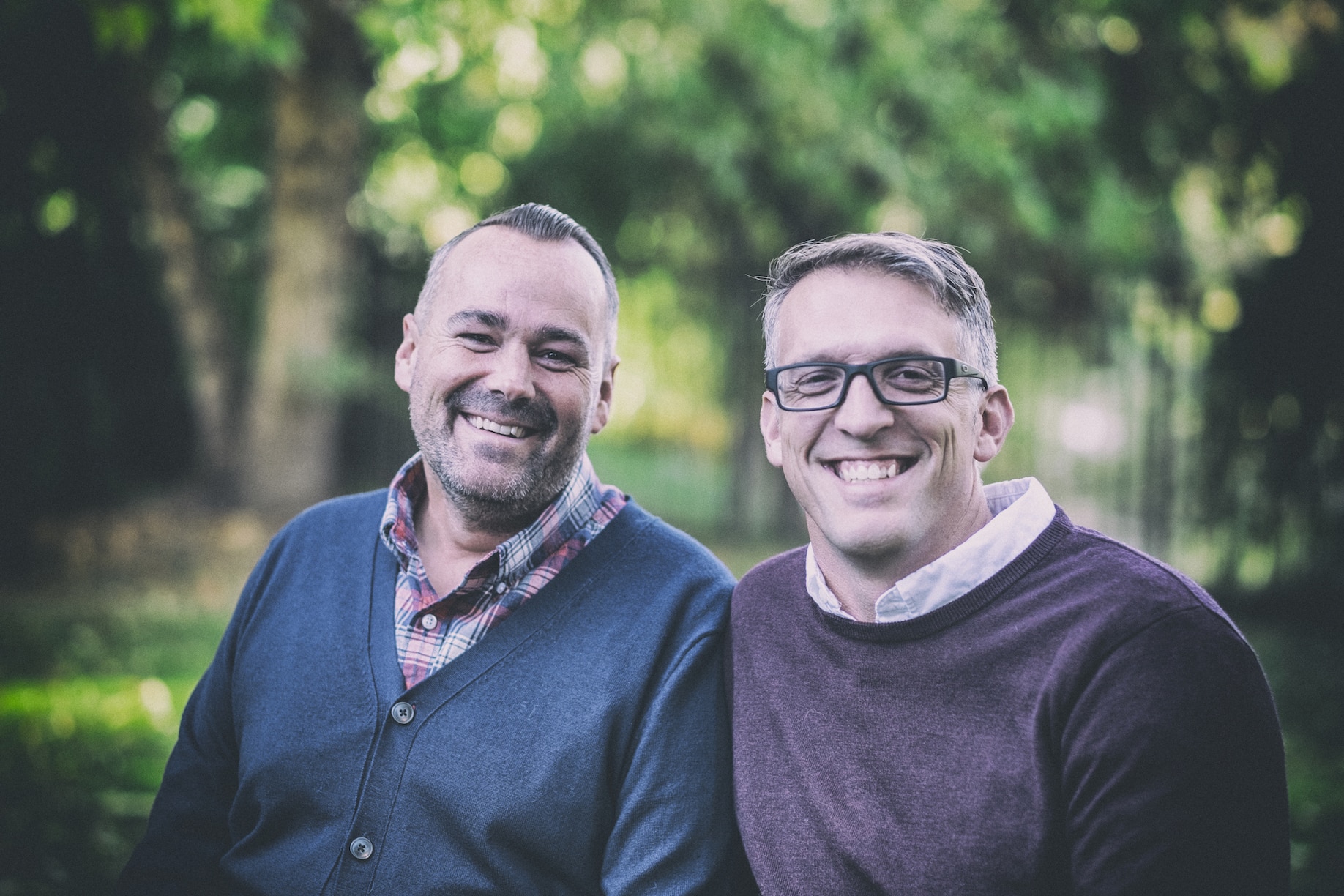 The Trip of a Lifetime

Although their families had traveled together numerous times, they had been talking about taking a trip just the two of them for a few years. So, when Justin stumbled upon a Rick Steves special on El Camino on TV one day, he just knew that was the excursion they’d been waiting for. When asked why they chose El Camino, both Justin and Patrick agree that it was not meant to be a religious or spiritual journey as was the historical purpose of the route, nor a quest to slap MAMA in the face to prove that the disease couldn't stop them from enjoying life. It was nothing more than another adventure to add to their list. 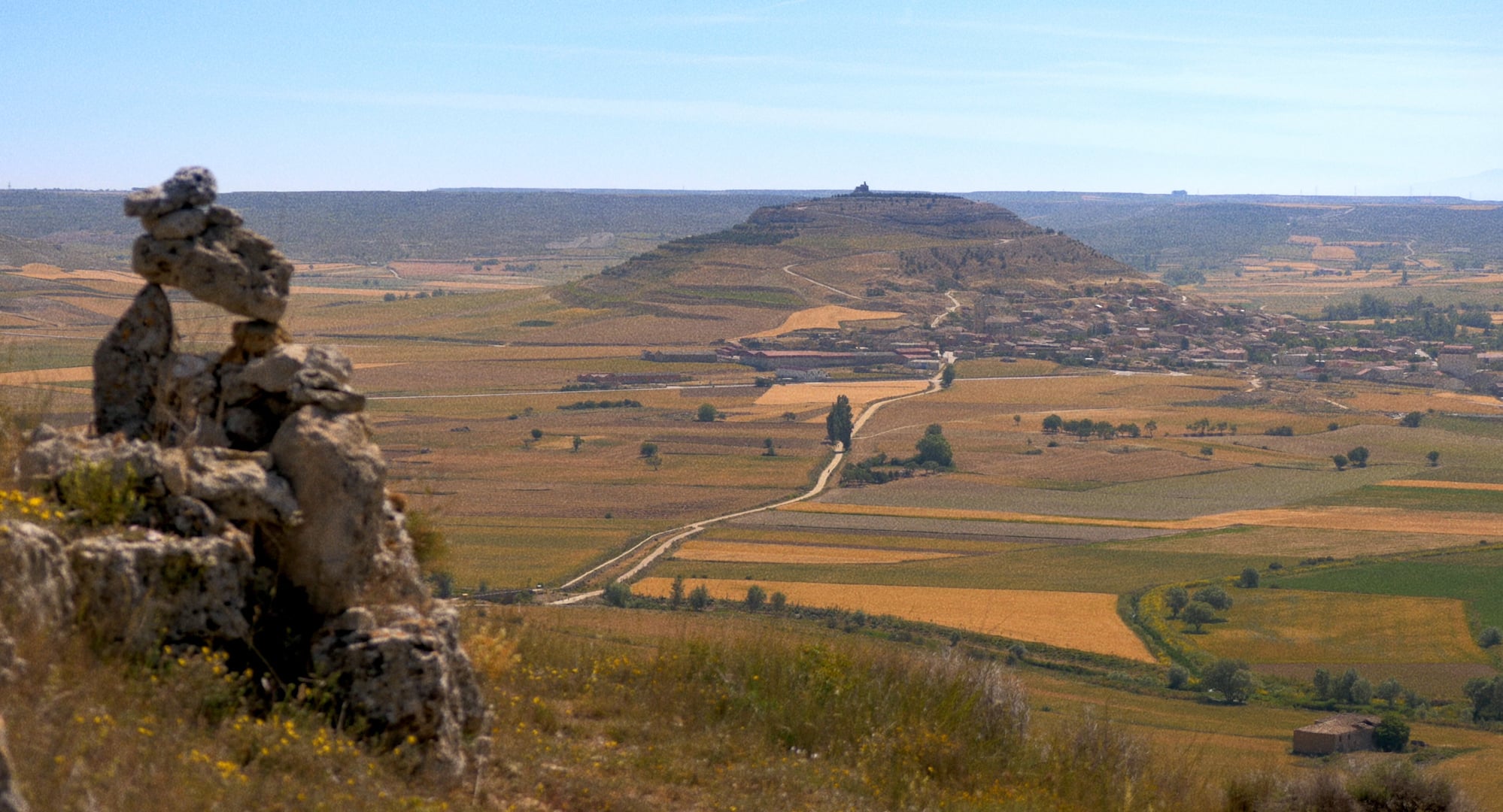 As revealed in the film’s trailer, when Justin presented the idea to Patrick, he was immediately onboard. Not fully realizing what they were getting themselves into at the time, Patrick responded without hesitation declaring, “I’ll push you.” And the journey began.

The logistics leading up to the trip proved complex and at times implausible, but as they both worked tirelessly toward their goal, everything fell into place as the departure date neared. As Justin puts it: 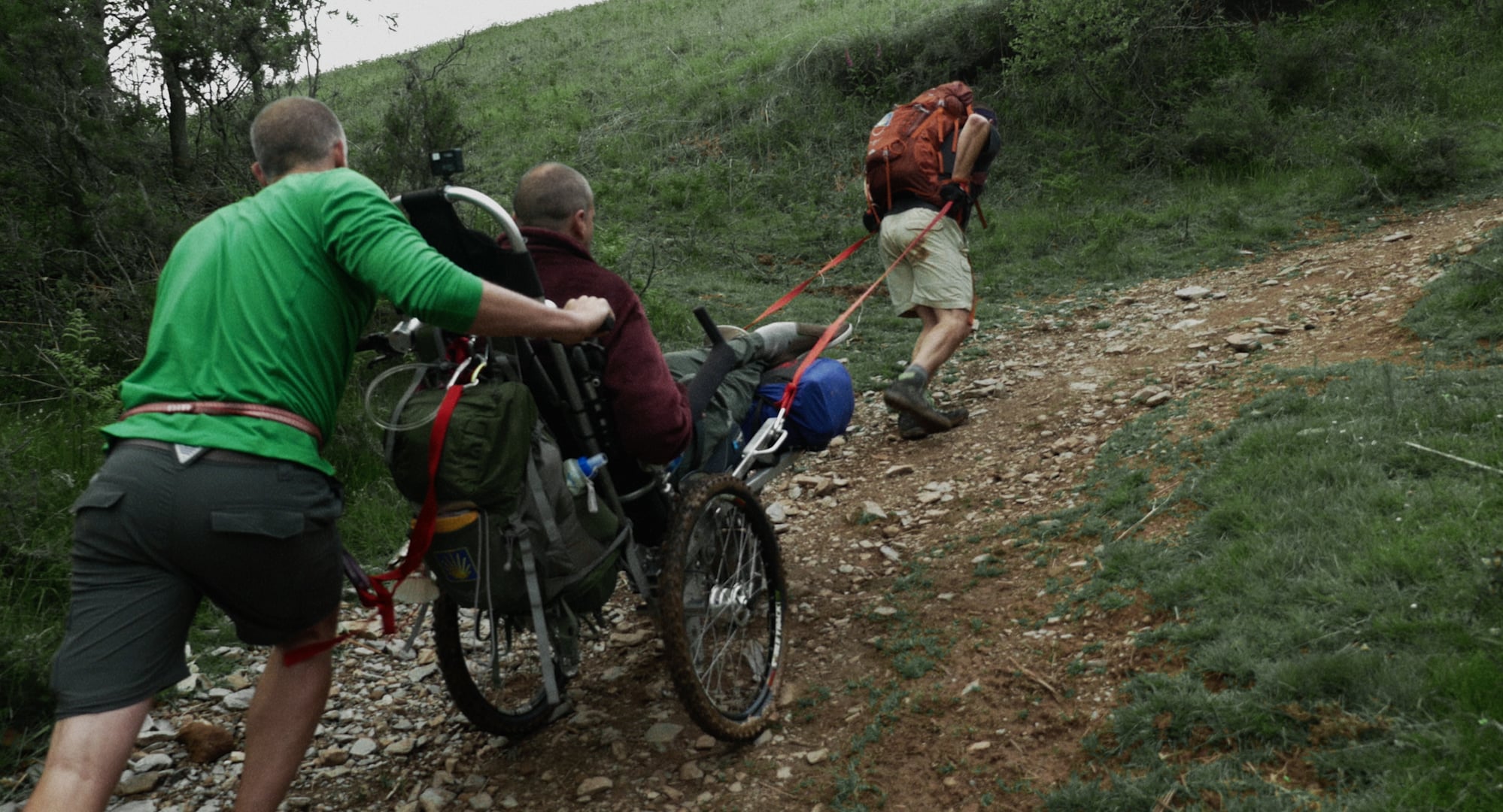 Throughout their journey, there are highs and lows on all fronts. Justin and Patrick face skeptics, people who tell them they’re loco, and others who warn how nearly impossible it will be to navigate the path in a wheelchair. But almost as if it were a Hollywood film rather than a documentary, the universe seems to send in the right people at the right time reminding us that sometimes — oftentimes — we can’t and shouldn’t go it alone. 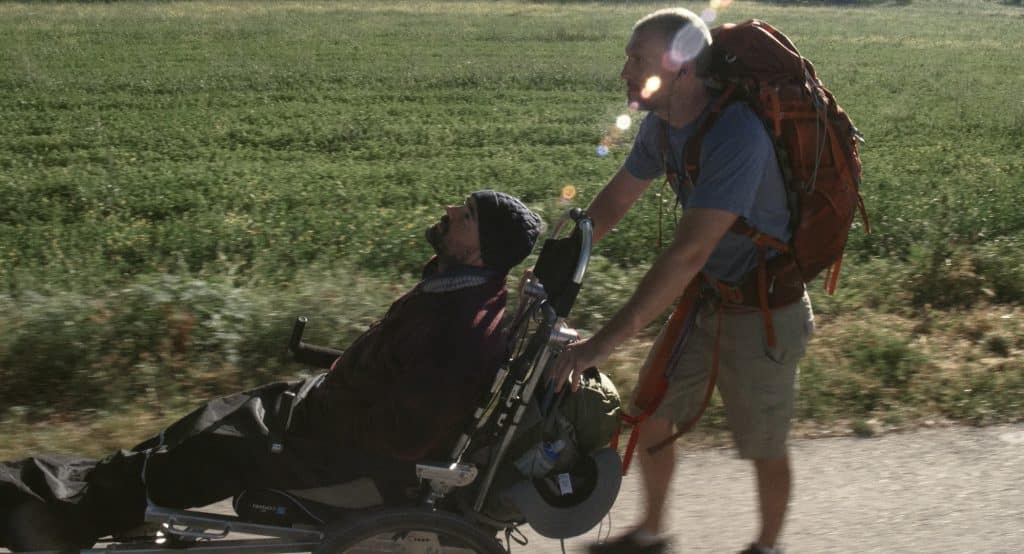 What it comes down to it, we all have struggles. Period.

The only way we can live life effectively, fully, is by inviting others into our story and let them augment us where we're weak. Let them pick up the burdens we carry so we can, in turn, pick up somebody else's." -Patrick Gray 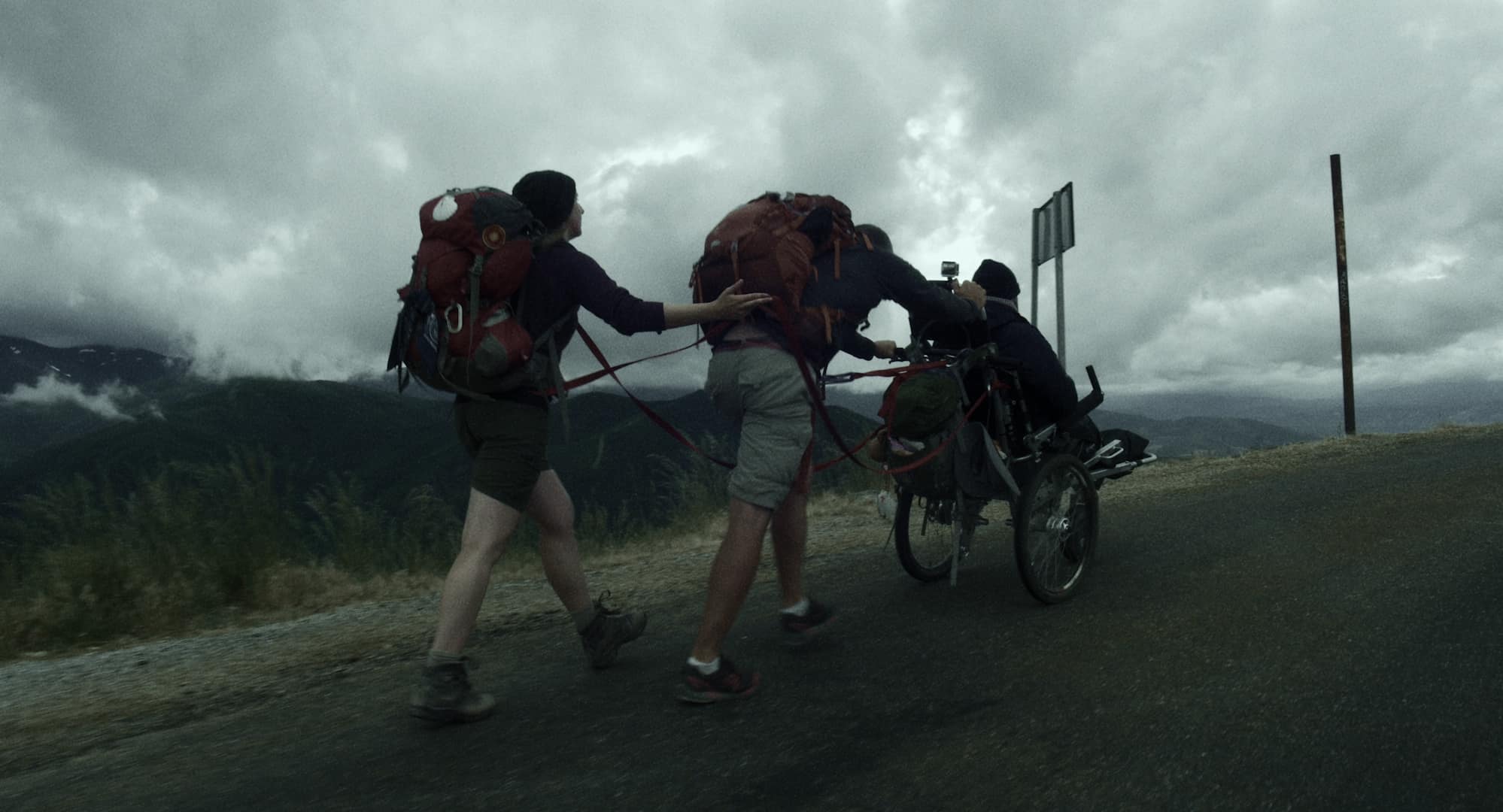 As we go about our lives, it’s all too easy to get caught up in the negativity that surrounds us and consequently, lose faith in humanity. Spending 98 minutes with Justin, Patrick, and the pilgrims they encounter on El Camino de Santiago will restore that faith and inspire you to both push and allow yourself to be pushed by others on this journey that is life. Buen Camino!

Editor’s Note:  Find out how you can view ‘I’ll Push You,’ the documentary, at illpushyou.com. To delve into the story even deeper and teach your young ones about the importance of friendship, pick up ‘I’ll Push You,’ the book, and ‘The Push,’ the children's book, on Amazon.

All photos and video courtesy of Push Inc & Emota Inc.