Wheeling, Driving, Bowling, Preaching, Parenting...Johnny Hudson Does It All Hands-free!

Editor’s Note: Johnny Hudson was born in 1977 with unforeseen severe physical abnormalities. Upon giving birth, his mother was told by her doctors that she’d be better off signing her child over to them and going home. She disagreed, checked herself out of the hospital, took her baby home, and raised him like any other child. 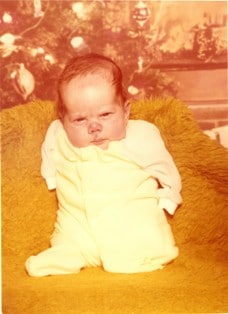 I was born with no arms. From my right hip, I have a short leg and a foot with four toes. I use that foot to do pretty much everything. I have a left foot below my hip, but when looking at an x-ray, the bones aren’t actually attached to the hip. I’m somehow able to move that foot, though doctors aren’t really able to explain it.

At a very young age, I went to a special needs school for a couple of years for occupational and physical therapy. When they saw that I was doing everything on my own — teaching myself how to write, feeding myself, going up and down stairs, interacting with everyone — they allowed me to go to public kindergarten when I turned five. I continued attending public school through high school graduation.

Growing up was actually not as hard as you would think.

I really didn't experience any bullying. I think a good majority of bullying that takes place actually stems from the fact that the person being bullied doesn't like themselves. If you don't like yourself, why should I like you? Of course, I've been made fun of before, especially by little kids that don't know any better. I was at a strip mall once, and a little boy pointed at me and said, "Hahaha, you're in a wheelchair." I waited for a second to see what his mother would do, and when she didn’t react, I responded with, "Hahaha, you're ugly." His mom got mad, so I simply let her know that she needed to teach her child that everyone is different. We all know the saying, "Sticks and stones may break my bones, but names will never harm me." But names do harm. Even though the child didn't know any better, it still kind of hurt.

After high school, I went to a community college for a little bit and then decided to go to a private Bible college in Pennsylvania. I finished my four-year degree there in three years. After that, I went on to earn my masters and doctorate in theology. Since then, I’ve been traveling to different churches to preach. I’ve spoken in over 20 different states, as well as in Mexico and Canada. I also speak at schools, adult and teen prisons, and youth camps. Presently, I'm working on starting a church and hoping to launch fundraising this fall. 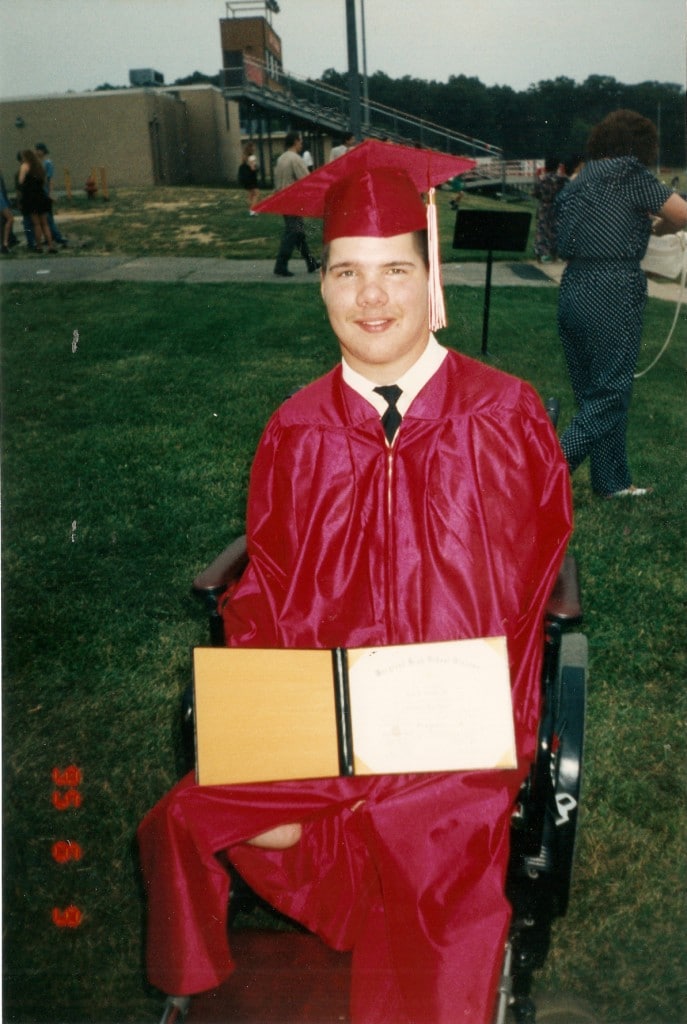 I also work a full-time job for Medicaid as an Options Counselor. I help residents who want to get back into the community fill out the necessary paperwork. I also work part-time for the Aberdeen IronBirds, Cal Ripken Junior’s short-season A baseball team, as a fan host for the games; basically, it’s like an usher.

Editor’s Note: On top of Hudson’s busy work schedule, he is also a husband and father of a two-year-old and six-year-old.

I bowled a bit growing up at birthday parties or just acting silly with friends. I really started getting into it when a buddy of mine had a week off of work. He and I went to the bowling alley every day. I would always use the bumpers, but one time, I kicked them down, rolled the ball, and it almost made it to the pins before going into the gutter. I kept trying, and gradually, I got better and was able to knock some pins down. That week, I made friends with some of the senior bowlers from the morning league, so I started coming in and bowling with them. I also met a couple of professional bowlers from the area who taught me a lot. I joined the league and did some tournaments for while, but now with kids and work, I don’t make it to the alleys very often.

Watch how Hudson bowls strikes with his foot

I didn’t get my driver’s license until I was 27, because I didn’t really how to go about obtaining a modified vehicle. I also didn't have the money. Just putting a ramp in a vehicle costs around $30,000. All of the features that I have in my current van add up to around $100,000 on top of the cost of the vehicle itself. I bought my van from a standard car lot and then had it modified to fit my specific needs. I have a remote that opens the side door and brings down the ramp. Once I enter, there's a bracket on my wheelchair that locks into the driver’s side of the van. I use a joystick for the gas, brakes, and steering. By holding a stick in my mouth, I can operate a touchpad that allows me to start the vehicle, turn on the air conditioning, and activate the signal lights, windshield wipers, and all other necessary functions. There are beep tones that correspond with the solfège (do, re, mi, etc.), and each one has a different function. For example, the first tone turns on my high beams, and the second tone is my turn signal. There are also a few buttons that I can access with my head.

These vans are really nice, but they actually have Suburbans out now, which is something my family really needs. With the van, we have no middle seats. The Suburbans fit more passengers. We only have room for the two car seats, so once the kids start wanting to bring friends along, we'll have to take two vehicles. I would like to raise money to get one of the Suburbans, but they're really expensive.

The Long and Winding Path to Love

Soon after, I started dating another girl, so we would go on double dates with them. To make a long story short, we both broke up with our respective significant others and the two of them ended up getting married! Rachel then decided to go to Ghana as a missionary, and I figured she would find a man there and get married. So, when she came back, I was dating someone else. That relationship lasted for a few years on and off. 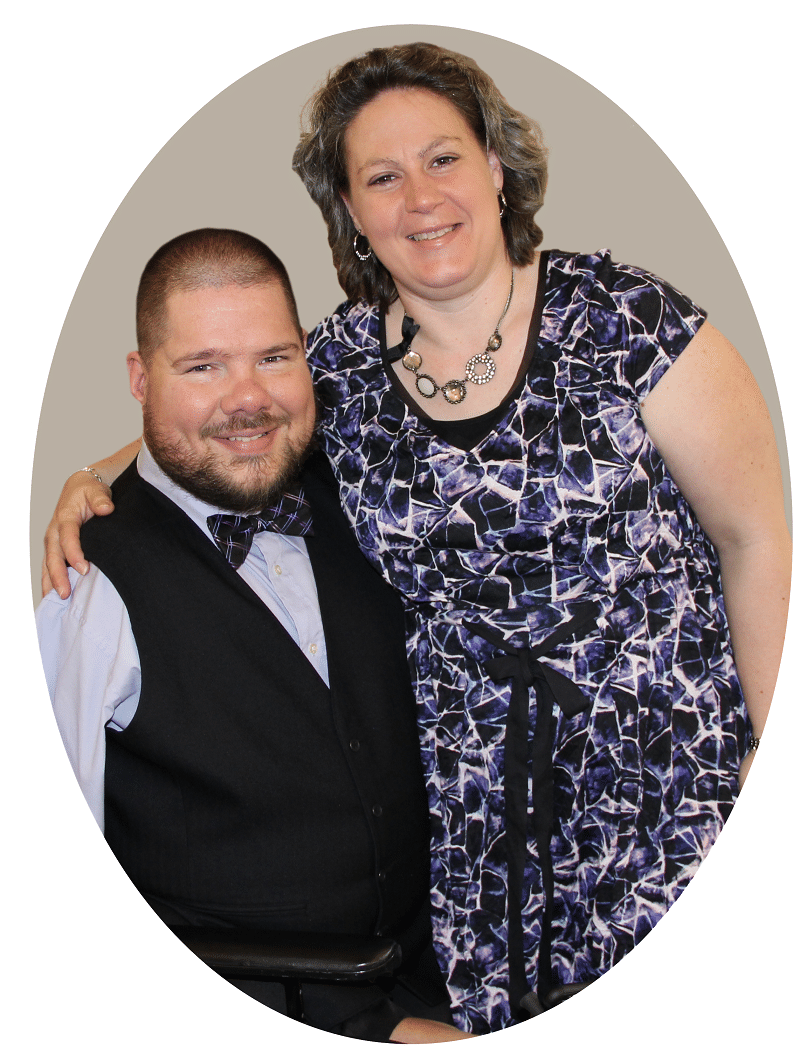 Rachel and I kind of lost contact during that time, but we later reconnected on Facebook. She, of course, had a boyfriend. One day, I was being interviewed by a local journalist, and all of the sudden, I started feeling really bad. I thought I was having a heart attack. I went to the hospital and found out later that it was my gallbladder; my heart was fine. But that night, when I thought I was quite possibly dying, my perspective on life changed. I decided I needed to tell Rachel how much she meant to me. I thought, “It's now or never!” To make another long story short, she broke up with her boyfriend, and we decided to get married a few months later!

I dated a girl once whose dad was blind. He was really down on himself and depressed, and he asked me why I wasn't. He said, "You're never going to be able to hold my daughter's hand." I told him that holding someone’s hand is just one of the ways you can show someone you love them.

There are many different love languages. 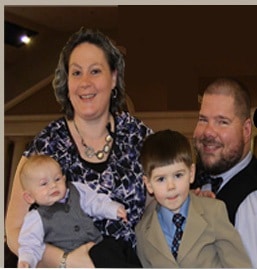 Mine is touch. I love to be touched and hugged. My wife's love language is time. She feels loved when I sit down and talk with her or lie in bed and watch TV with her. If you’re looking for a significant other, find your personal love language, and then figure out the love language of the person you’re interested in pursuing.

My general advice to others with a disability would be to not focus on what you can't change. I can't change the fact that I don’t have arms; I'm not going to grow them.

Focus on the quality of life that you have, the people you love, and the people who love you. I believe everything happens for a reason, and everyone is here for a reason. We may figure out what the reason is; we may not. But again, that's something we can't change, so we shouldn’t focus on it too much!

A Magazine for Amputees

Amplitude magazine provides valuable and unbiased news, information, and resources for amputees who want to live more fully, as well as articles and information relevant to their families and their caregivers. It offers content on a wide variety of topics, including peer support, active living, emotional issues, health and wellness, mobility, and adaptive living—anything that will help amputees enjoy all that life has to offer. Learn more at www.amplitude-media.com.