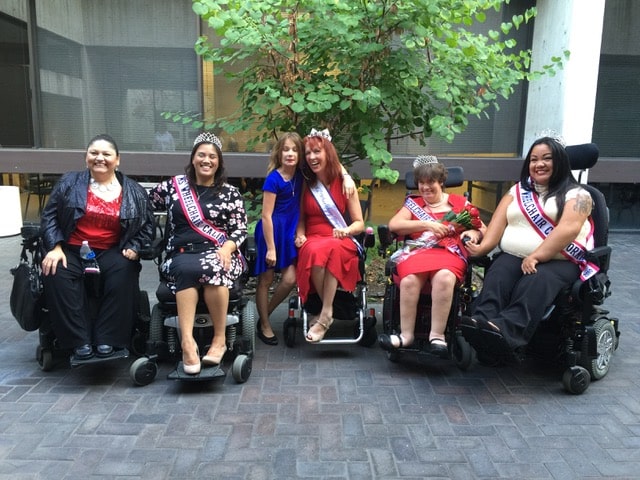 Born with cerebral palsy, her desire to fight for her rights began during childhood when she refused to go to class until she was allowed to attend a public elementary school in her neighborhood. After winning that battle and graduating from a public high school, she went on to attend Santa Clara University and launch the first support group for students with disabilities there. Today, as a licensed psychologist with a doctorate in psychology under her belt, not only is she a mother and wife, she is also a full-time professor at John F. Kennedy University and continues to be involved in advocacy for disability rights, particularly with the Ms. Wheelchair California Leadership Institute.

About the Institute and Pageant 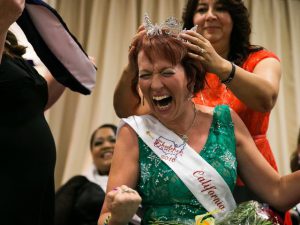 On a mission to bring to light the many accomplishments of women in wheelchairs, the Ms. Wheelchair California Leadership Institute holds a pageant each year in which the winner goes on to compete for the national title.

It’s safe to say that many people associate the word “pageant” with one of the widely-known beauty contests in which women parade across the stage in high heels and bikinis in front of millions of TV viewers. Although there is an advocacy component to those competitions, it doesn’t seem to be the main focus. That’s where Ms. Wheelchair California, and likewise Ms. Wheelchair America, differ. Dr. Coble-Temple explains it like this:

“While we continue to use the terminology of ‘pageant,’ this is a pageant based on modern-day leadership principles. Our focus is on identifying women who want to be an active role model in their community. The pageant is designed to further develop the advocacy skills of a unique group of leaders, provide a national network for articulate and accomplished women, and to invite the able-bodied community to attain a greater awareness of the potential of all citizens with disabilities. It is about building a generation of leaders within our community.” 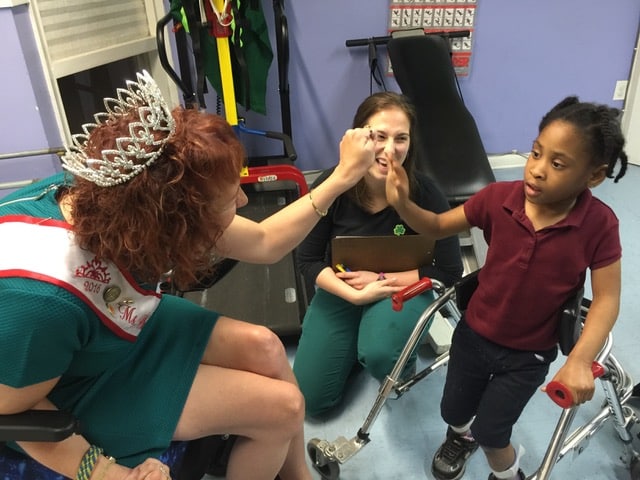 As a co-state coordinator, Dr. Coble-Temple is actively involved in helping other women living with disabilities hone their advocacy skills, notably through her work with the Ms. Wheelchair California Leadership Institute. Alongside fellow state coordinator Susan Rotchy, they have transformed the former foundation into a non-profit with the goal of cultivating a culture in which “...nurturing and creating a sisterhood for mentorship, developing leadership skills, and increasing visibility” thrive.

Who is Eligible to Compete? 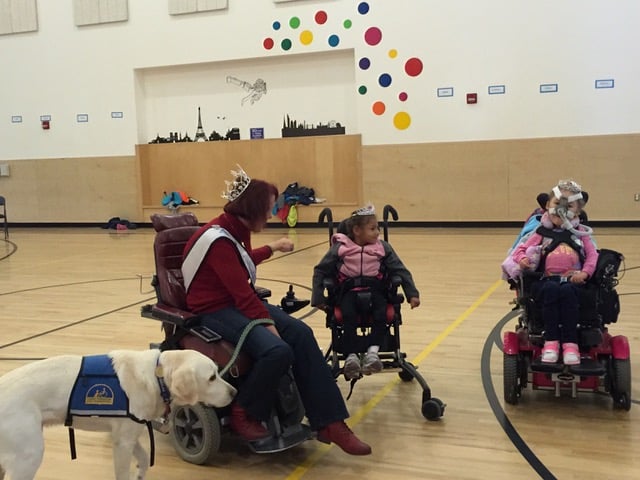 In order to participate, the Ms. Wheelchair California Foundation website, which the Leadership Institute is still using during the transitional period, states that you must fit the following criteria:

According to the foundation, the ideal candidate is someone who is an articulate public speaker and is actively involved in advocacy within the disability community with a résumé to prove it. During the pageant, contestants present themselves as well as their chosen platform and how they plan to carry it out in a series of interviews with a panel of judges. Former titleholder platforms have tackled subjects such as parenting rights, independent living, and healthcare costs for people living with disabilities. 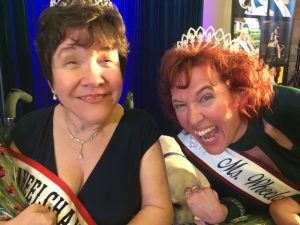 Just as the current Ms. Wheelchair America, Sheri Melander-Smith, proclaimed her experience as life-changing, Dr. Coble-Temple expressed the same sentiment when asked why she would encourage women to run:

“I can say this experience is life-changing. It builds connections to your community, it challenges us to try new things, and most importantly it provides us a platform to be recognized as advocates in the greater community. As we are witnessing in other social movements, it is critical for us as women with disabilities to value and support each other. We need to foster leadership within our community.”

If you’re looking for a way to get your advocacy message to a larger audience, applications for this year’s pageant being held on March 10 at John F. Kennedy University in Pleasant Hill, California, are being accepted through February 23. Even if you’re just curious and want to learn more, head over to the Ms. Wheelchair California Leadership Institute website for further details.

Other Ways to Get Involved 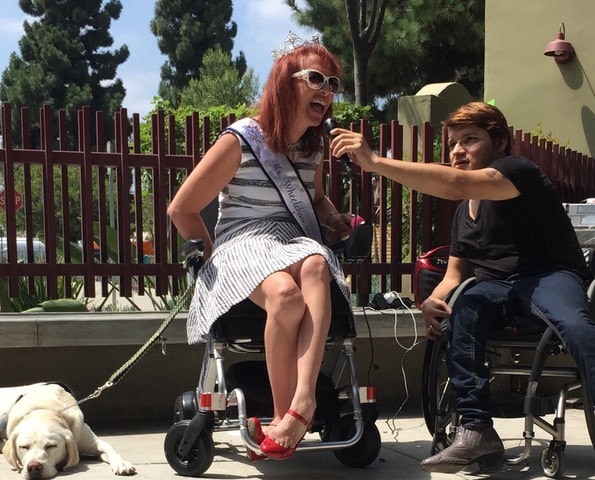 If being in the limelight is not your thing but you’d still like to get involved, the Leadership Institute is always looking for volunteers and donations. Spectators are also encouraged to attend the pageant.

Another great way to spread the word is to follow the Ms. Wheelchair California Leadership Institute on Facebook, Twitter, and Instagram and invite your friends and family to do the same. Note that the Leadership Institute will soon be rebranding its website and social media accounts, but at the time of publication, they are still using the former foundation’s online presence.

All questions regarding running, volunteering, or donating may be directed to Rosie Humphery, Pageant Logistical Coordinator, at mwccaf.sc@gmail.com.

Editor’s Note:  All information in this article was gathered from the Ms. Wheelchair California Foundation’s website and public social media accounts, as well as interviews with by people involved with the former foundation and current Leadership Institute and various documents provided by them.