Editor’s Note:  While Pauline Victoria’s parents were preparing for their first child to arrive, prenatal visits showed no signs of abnormality. So when doctors discovered the infant had no arms and only one partially formed leg upon birth, it was a surprise to all. As was typically the case at the time, the hospital strongly advised her parents to leave her at an institution for children with disabilities and move on with their lives without her. But for her parents, that was never an option.

Growing Up With a Disability

When the doctors suggested my parents give me up to an institution, they refused and took me home. My mom is a very spiritual person, and my dad is very practical, and that combination worked really well together. It was a good balance between nurture and tough love. My parents tell a story about a time when I was a toddler and was fussing because I wanted to sit up. My mom wanted to help me up, but my dad told her to let me figure it out. Similar situations and struggles like that gave me the ability to see challenges and not be afraid of them. It allowed me to work through them while being okay with the frustration.

As I grew up, I went to typical mainstream school programs, and I had a horrible time in junior high. I think many people could say that, though, because a lot is happening around that age. You're starting to grow up, you’re trying to find your identity, and there’s peer pressure. Then, for me, add a very visible disability on top of that. I wasn't necessarily bullied, but no one really took the time to get to know me.

I have a philosophy that how you feel about yourself is often reflected back, and because I was unsure of who I was, other people were uncertain of how to be with me.

I was still trying to figure out how to get people to be comfortable with me despite my disability.

After that experience, I decided to go to an all-girls Catholic high school and then went to college at Santa Clara University. Dr. Alette Coble-Temple graduated as I was coming in, and she really paved the way for me to live in the dorms. My roommate and I were randomly placed together, and when we first met, she was immediately fine with helping me when I needed it. She was really comfortable with who she was, so it was natural for her to be able to take on whatever was thrown her way. We ended up being roommates all four years and are still very close. God knew exactly who I needed at that time. 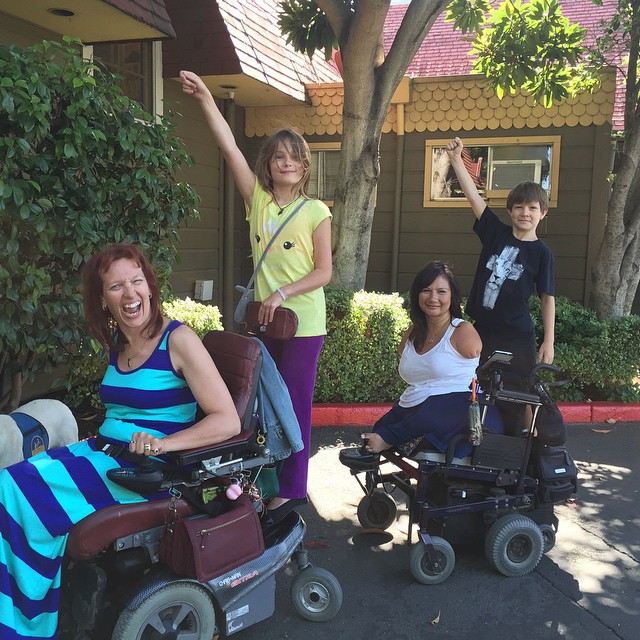 Editor’s Note:  If you missed it back in February, check out our story on Dr. Coble-Temple and the Ms. Wheelchair California Leadership Institute here!

Into the Real World

I got a bachelor’s degree in communication with an emphasis in broadcast journalism, but I didn't end up working in that field. After college, I had a reality check.

It was the first time I had experienced barriers to employment because of what I looked like.

In the education world, they make sure you have the accommodations necessary to be on an equal playing field with everyone else, and you have time to prove yourself and show them what you're capable of. When 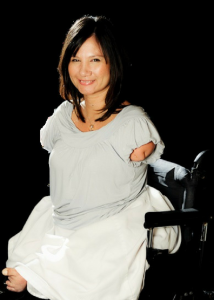 you go into the employment world, you have literally one minute to make a good impression and make them feel comfortable with you. I graduated college with a decent GPA and having completed two internships. I didn't think I'd have any trouble getting a job, but it was shockingly very difficult.

I eventually realized I couldn't do it on my own. I started reaching out to agencies that specialized in helping people with disabilities find work. I ended up taking a job that I was overqualified for just to get my foot in the door. After three months, they got to know me, and I was promoted and moved to another department.

With a disability, you have to be very humble. You know what you can do, but the rest of the world doesn't believe you, so you have to be willing to take less initially to give them time to see what you're capable of.

It's not very fair, but it's what has worked in my experience. 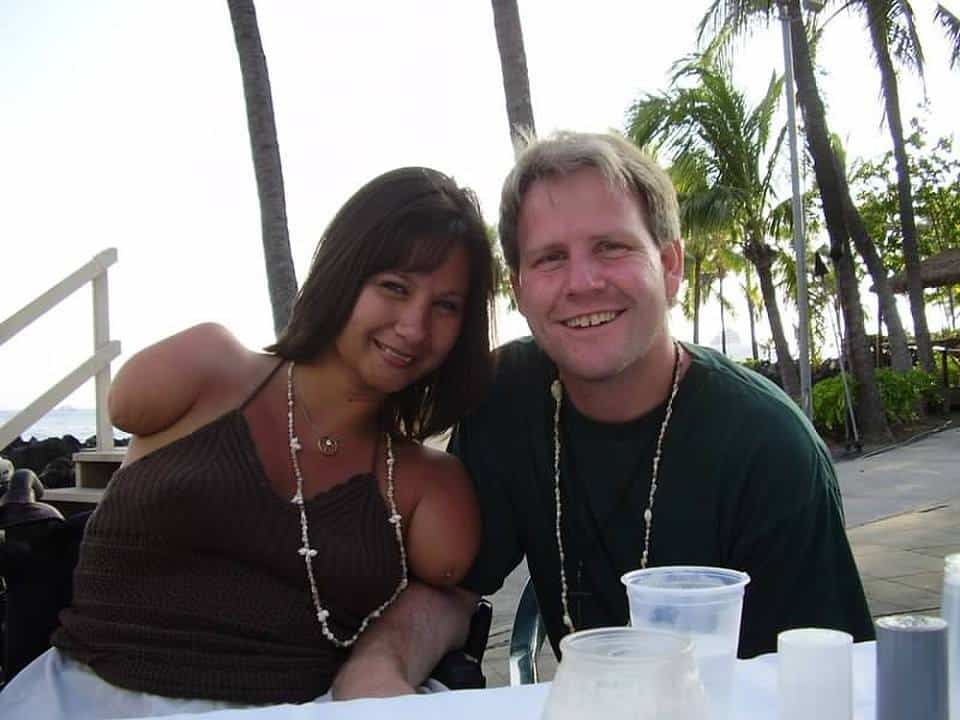 Editor’s Note:  Pauline moved on to various jobs in several industries fighting along the way to prove to people that she was competent and capable of taking on each role. When the dot-com company she worked for didn’t survive the burst, she once again found herself out of a job and struggling to get employers to give her a chance. With many years of professional experience on her resume, her only option was a paid internship she applied for through the Department of Rehabilitation which later turned into a full-time position as a career counselor for people with disabilities. A few years later, while pregnant, she and her husband decided to move from California to Hawaii. 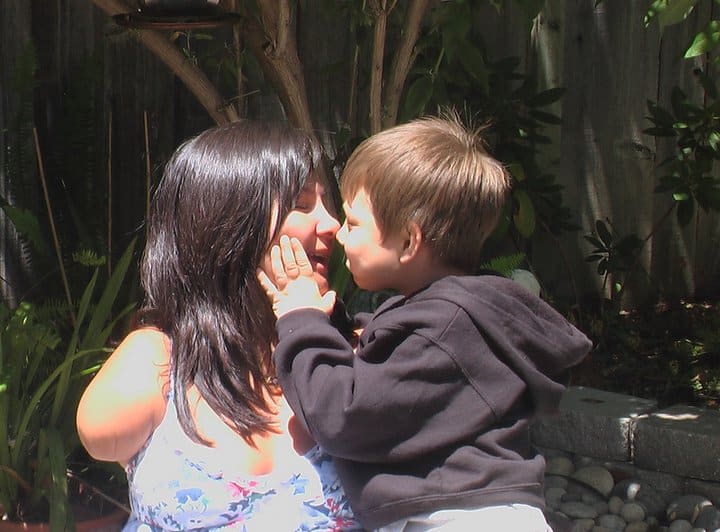 One Leg Up Productions:  A Media Network for the Disability Community

Within a few week’s time, I had a series of things happen where people were coming to me either to talk to their friends who recently became disabled or to give someone advice on something having to do with disability. I went to bed one night and had an idea. Growing up in California, I didn't really feel like I had to fight for anything. I was a recipient of all the hard work that other people before me put in the ADA and things like that, but I never had to do it myself. I didn’t get into advocacy until I moved because Hawaii is way further behind on the disability rights front than California. So, while lying in bed, I was arguing and justifying to myself why I didn’t want to go through with this idea, but I finally gave in, and everything just came to me. That's how One Leg Up Productions was born.

OLUP LLC provides information and inspiration to people of all abilities that will engage, educate, entertain, empower, encourage and enlighten. 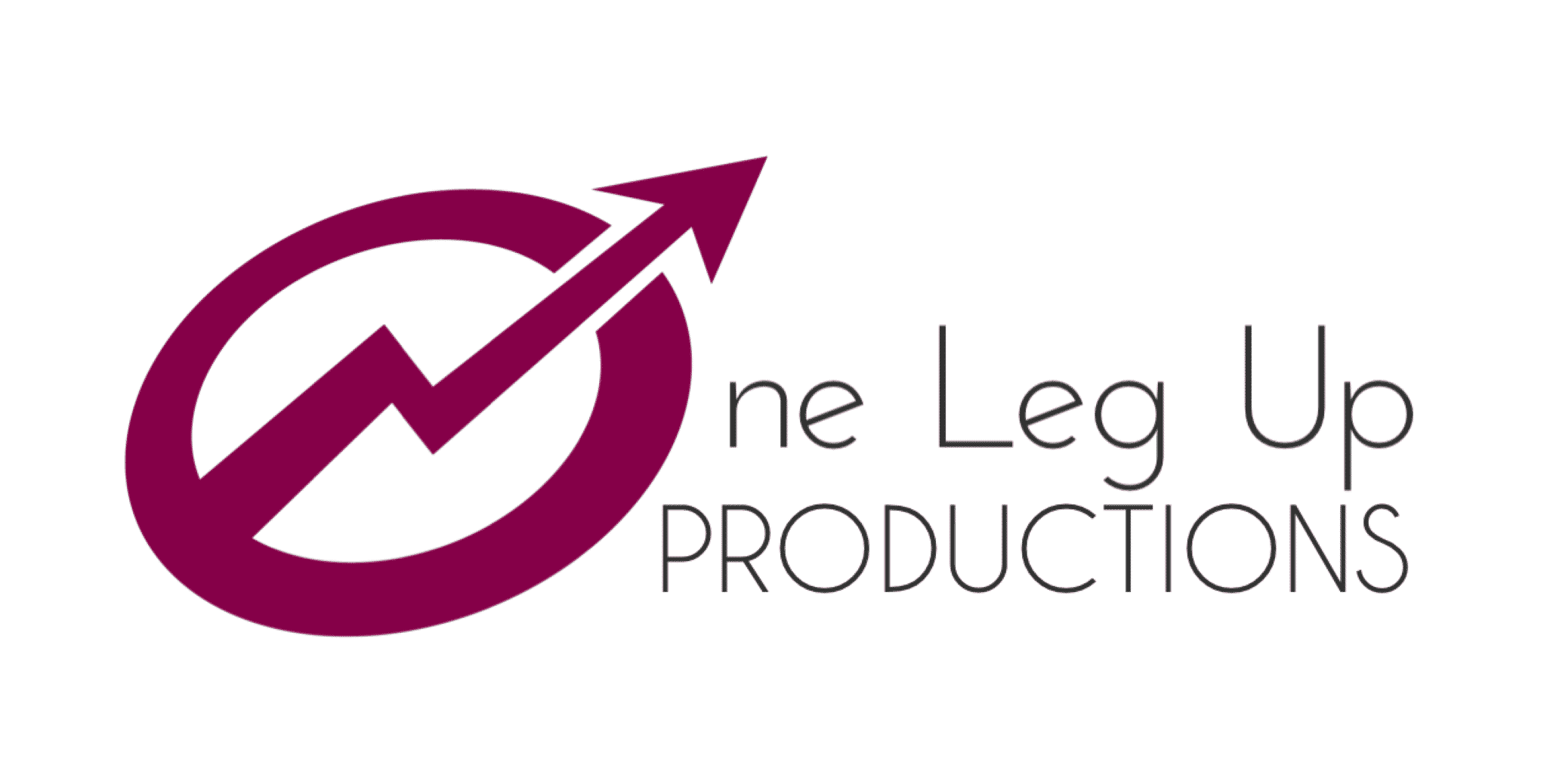 I have a big vision for One Leg Up Productions. I envision it as a network. I feel like we're trying so hard as a disability community to mainstream ourselves into mass media because it plays a huge role in influencing societal views and opinions. Growing up with a disability, I had no role models. There was no one showing me, “Look, I have a disability, and I'm married. I’m a parent. I have a job. I'm successful. I'm living a happy life.” Imagine you're a little girl, and you're going through life, and you have no one to look up to show you what's possible. That's terrible! That's one of the main reasons close to my heart for launching One Leg Up Productions. We're trying so hard to push ourselves into the mainstream, but if you look at almost every other minority out there, they created their own platform. There is BET, Filipino TV channels, Telemundo, and the LGBT community has their own media outlets, just to name some examples. The disability community needs to create our own network. 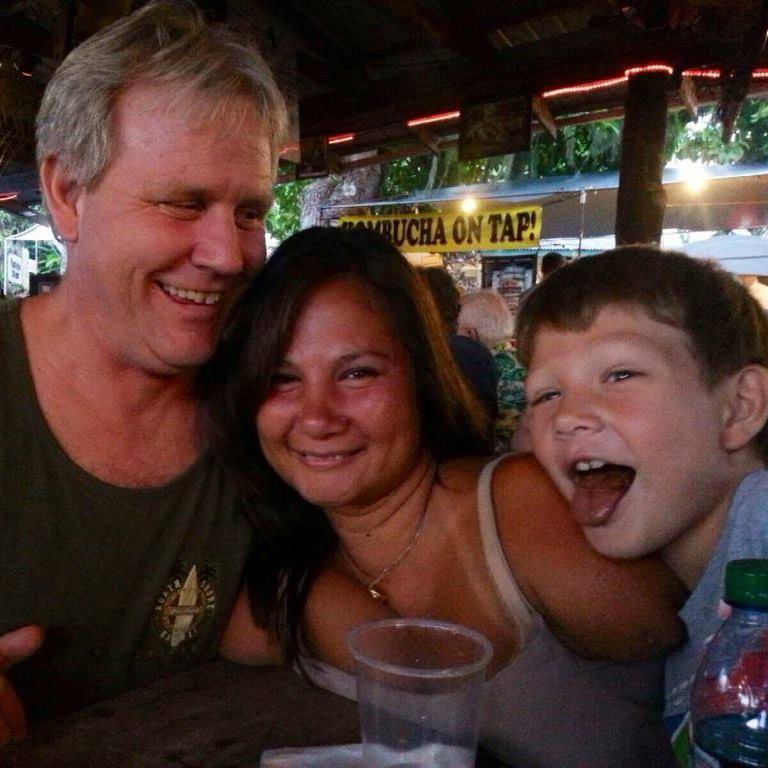 Why are we waiting for the rest of the world to change for us?

Why don't we make the change, and then they'll take us more seriously? They'll want to incorporate us because we're a force to be reckoned with.

My ultimate goal is to have a talk show. I describe it as Oprah meets Ellen. It's fun, and we play games, but as a means to make things more comfortable, so we can discuss the hard stuff, too. A talk show requires a lot of funding, so I've scaled my vision back a little bit for now and am taking baby steps. We're starting off with short videos where I ask one question and get answers from several different people. We’ll have general topics like, "What's your biggest fear?" or "What's your greatest joy?" as well as more specific questions related to disability such as, "How do you deal with staring?" or "What do you wish you could say to people who park illegally in the disability parking spot?" My hope is that it will give people with disabilities an opportunity to see themselves in somebody else and make them feel connected. For people without disabilities who watch, maybe they'll see that we aren't that different. Is your greatest fear losing your child? Well, that's mine, too. 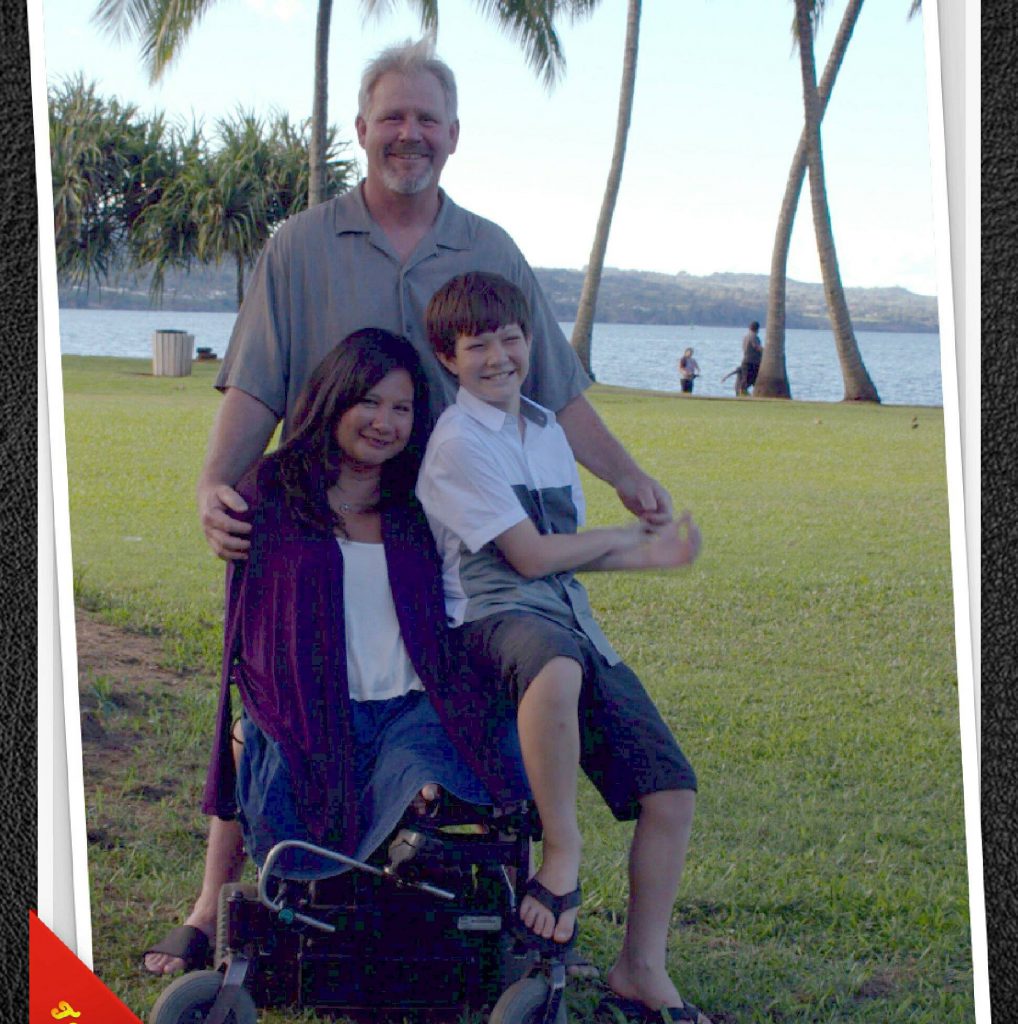 It has nothing to do with disability; it's just being human.

It will create more of an understanding for people without disabilities. This type of media platform will help them learn more about people with disabilities without feeling intrusive. People want to ask me questions, but they feel like it's rude. To me, it's not, but to others, it might be. We all have different sensitivity levels in terms of what we're comfortable talking about with strangers, but this platform gives them a space where they can learn more about us in a way that is not intrusive for anybody.

Amplitude Magazine provides valuable and unbiased news, information, and resources for amputees who want to live more fully, as well as articles and information relevant to their families and their caregivers. It offers content on a wide variety of topics, including peer support, active living, emotional issues, health and wellness, mobility, and adaptive living—anything that will help amputees enjoy all that life has to offer. Learn more at www.amplitude-media.com.