Editor’s Note: On an evening in 2003, Tim Taylor went on a pizza run with his girlfriend and her sister to pick up dinner for the family. When an oncoming vehicle came into their lane, the driver swerved to miss the other car but consequently, crashed into a tree. Tim awoke 12 days later from a coma to the heartbreaking news that his girlfriend and her sister hadn’t survived the accident. Furthermore, the 18-year-old had suffered a C5 spinal cord injury resulting in quadriplegia. 17 years later, the quadriplegic vlogger aims to educate the newly injured, their families, and caregivers about spinal cord injury through his YouTube channel, This is Wheel Life. He talked to Wheel:Life writer Betsy Bailey about life as a quad, his YouTube channel, and taking care of his health. 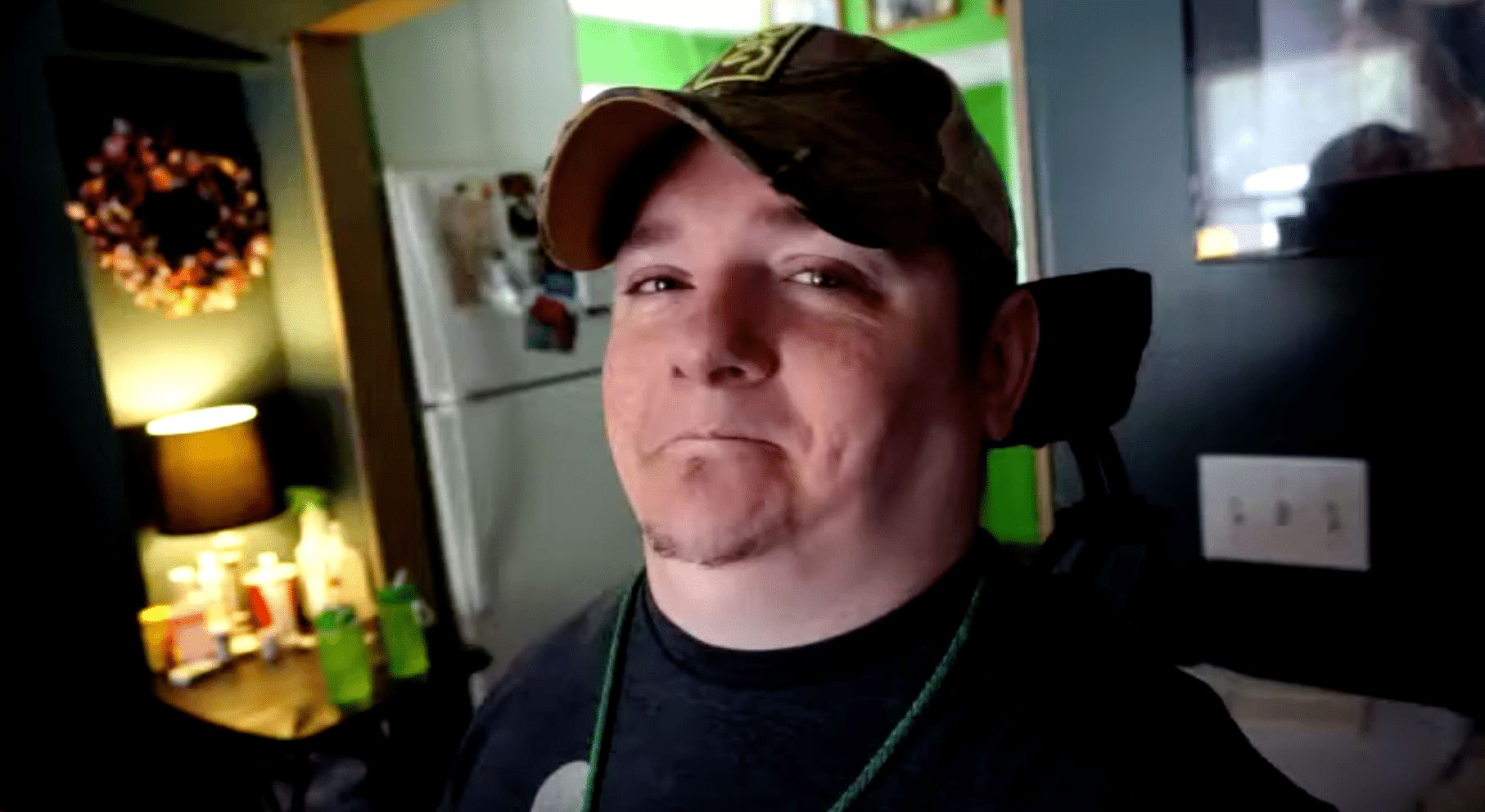 Waking Up after the Accident

When I first heard my girlfriend and her sister had passed away in the accident, I was devastated and heartbroken. Then, when I was told I was paralyzed, it was just a whirlwind of depression. I’d always been a go-getter and doing things non-stop. Going from that to having to depend on others was tough, but I accepted it and began mentally preparing myself for the obstacles I'd have to overcome.

I knew I'd have to plow through and learn new ways of doing things.

I tried to stay busy to distract myself from the fact that my girlfriend and her sister were gone, but it was always in the back of my mind. I still miss them and wish they were here, but those are my cards. I feel I just have to accept that. 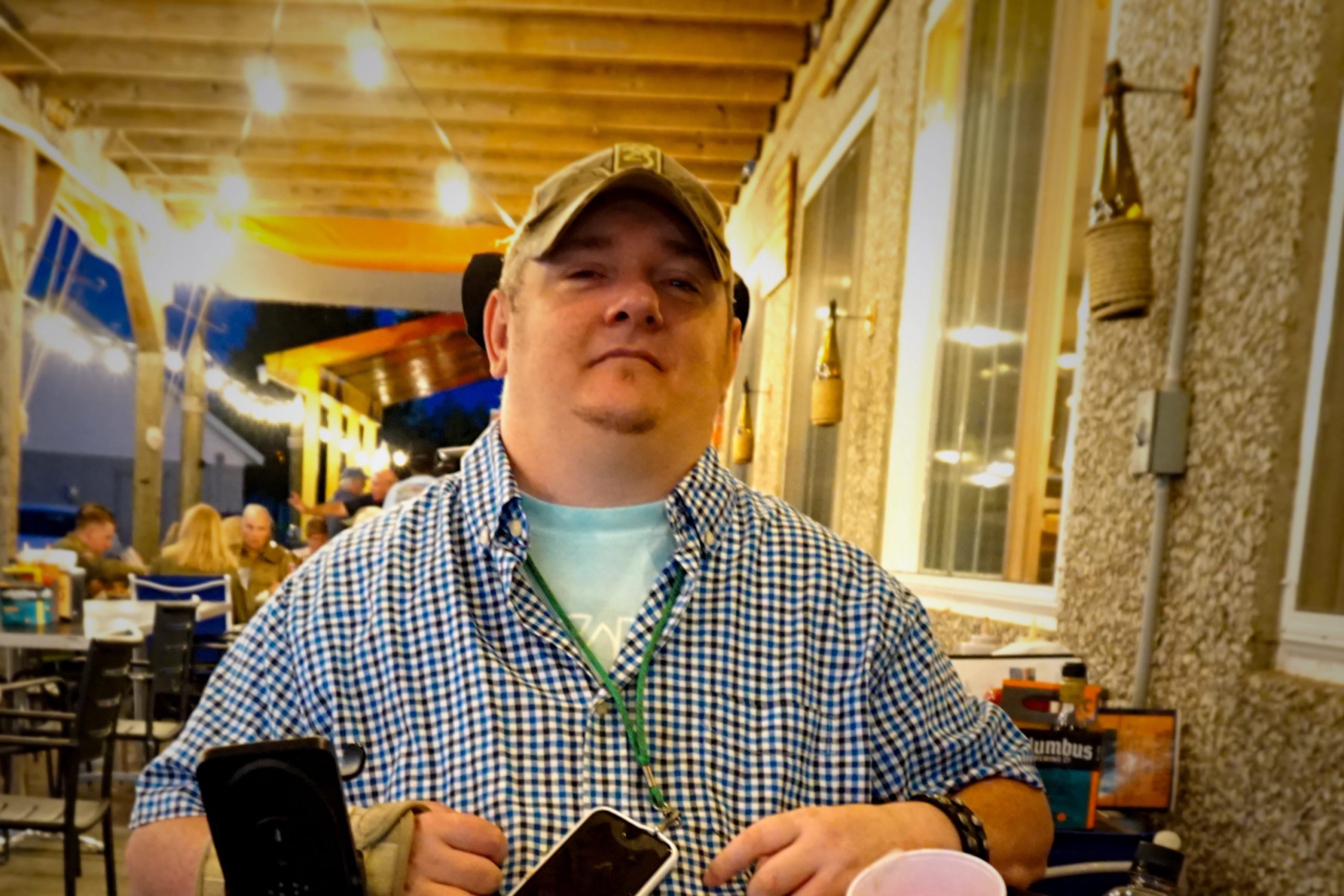 At the time of my accident, I was working as an electrical apprentice and was about to start college. Post-injury, I decided not to go to school. I tried telemarketing, but it wasn't for me. I want to make people happy rather than annoy them. 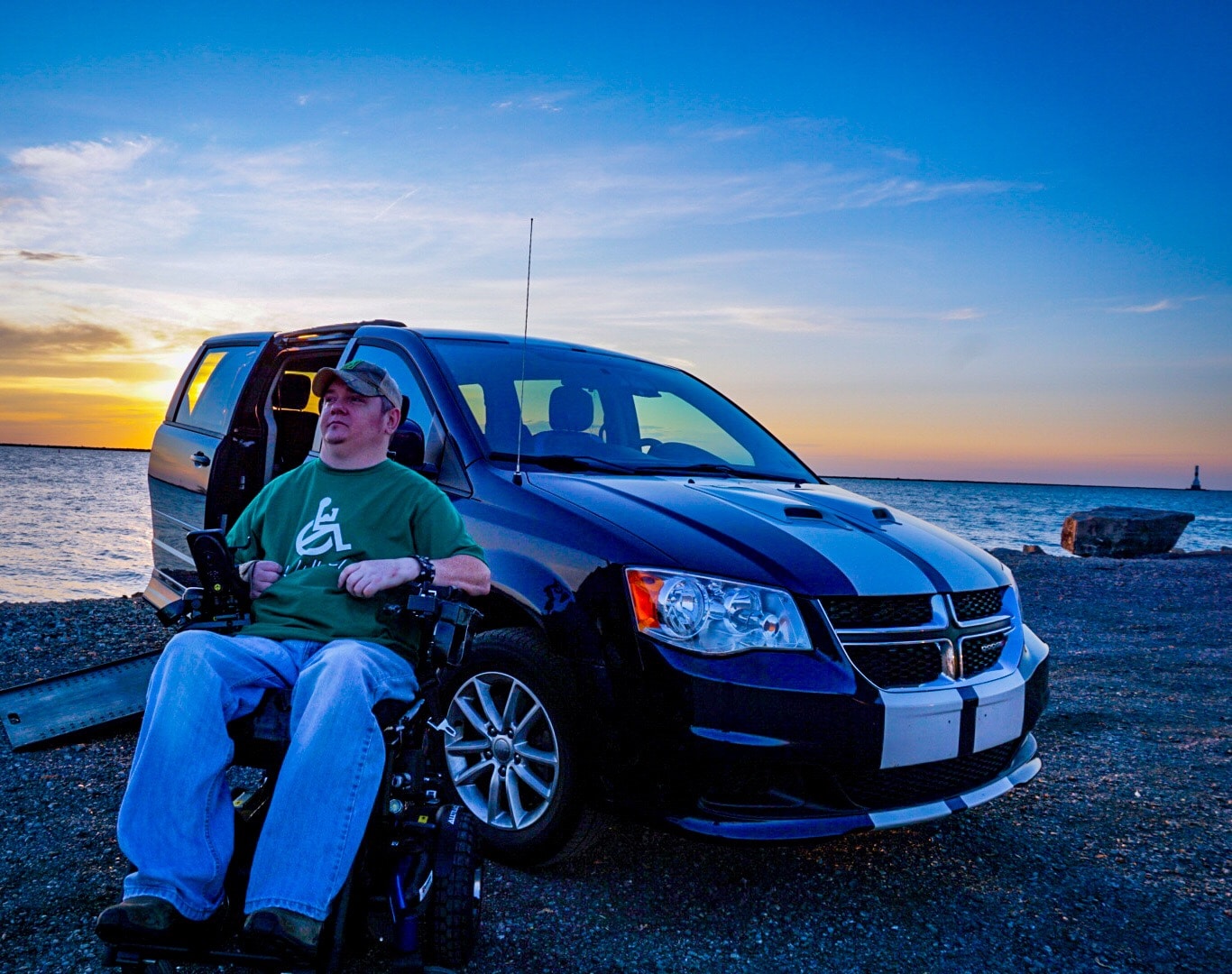 A while back, I started selling things on eBay to help pay for medical costs.

Insurance wasn't covering intermittent catheters for me, so those were out of pocket expenses.

I also needed to raise money for a new van because mine rusted out from the salt used on the roads during the winters here in Northwest Pennsylvania. My sister created a GoFundMe a few years ago, and people from all over the country came together and donated enough for me to buy a new van. It was amazing. 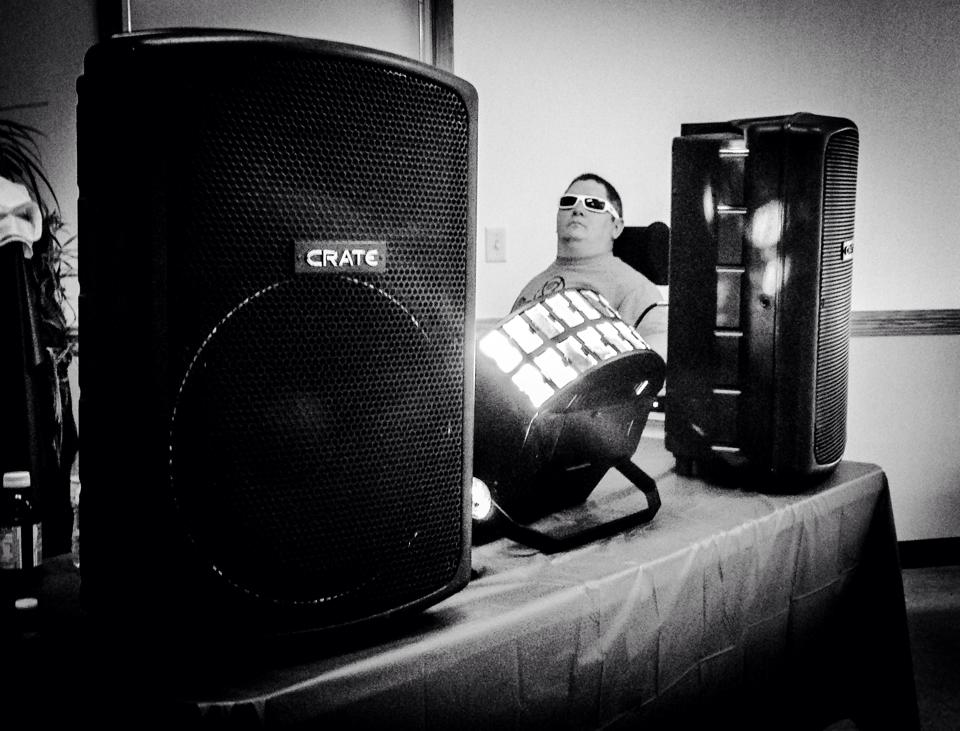 I also DJ and have done several gigs this year. Music is like therapy for me. I recently DJed for a Special Olympics fundraiser that a friend of mine runs. Seeing the smiles on the kids' faces was awesome.

This is Wheel Life

I created my YouTube channel, This is Wheel Life, a while ago, but since the beginning of this year, I began focusing on videos about my life as a quadriplegic. To monetize the channel, which I would like to do, you need at least 1,000 subscribers. I recently passed 1,100, so I’ve met the first condition. The second requirement is getting at least 4,000 watch hours over 12 months. That's my next goal. I'm at around 1,300 hours now, which is pretty good for just talking about life. 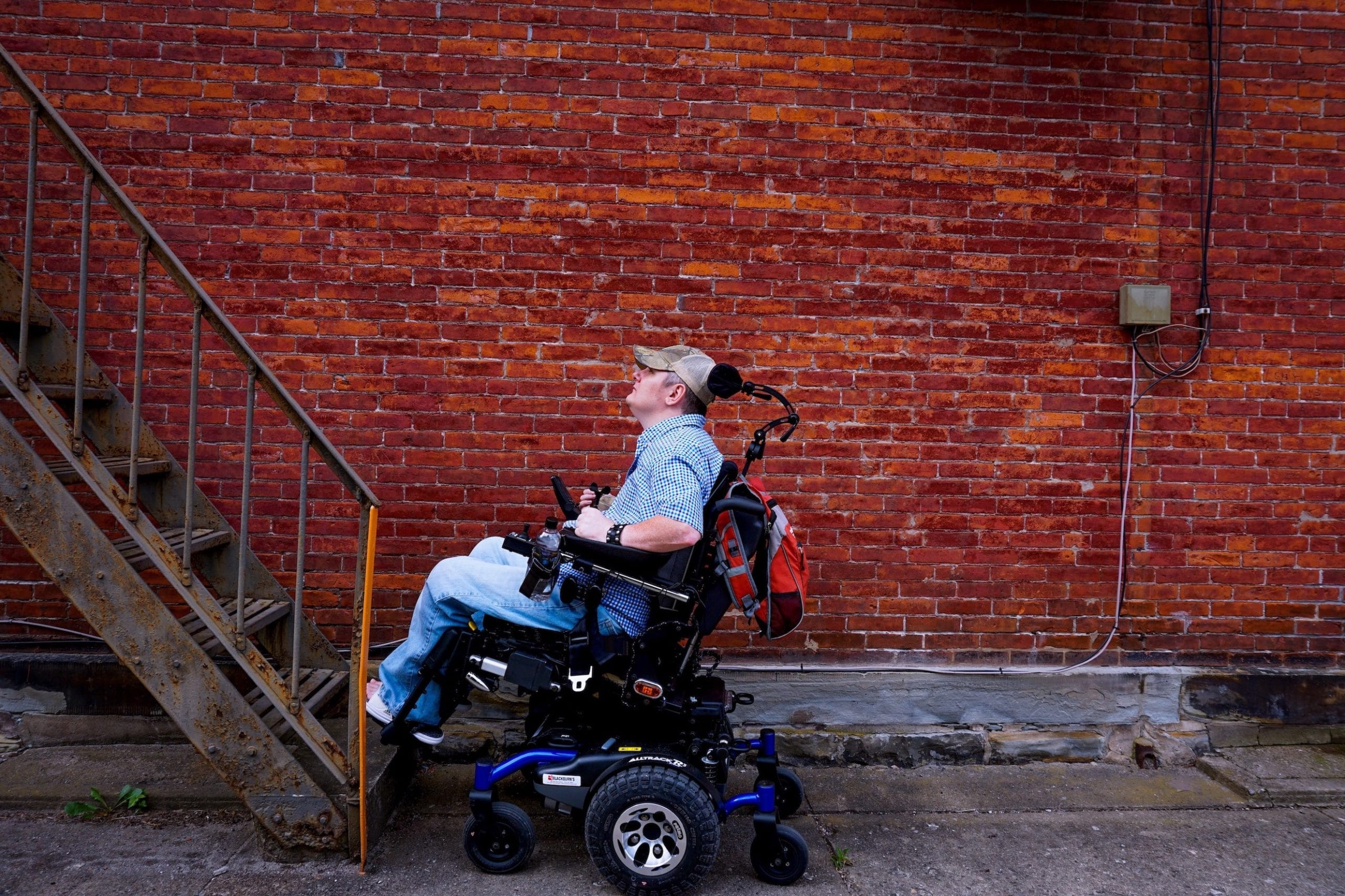 Many of my videos are intended to be helpful to other people. I'm a C5 quad, so I talk about things like muscle spasms, transfers, bladder health, and life hacks, to give a few examples.

I try to make people laugh, and hopefully, I'm also educating them whether they're newly injured or don’t know anything about disability.

I made a video about some of the random things people say to wheelchair users. People are curious, especially kids. It's human nature. Questions don’t bother me as long as they can help someone. I'm an open book. I'll answer anything. 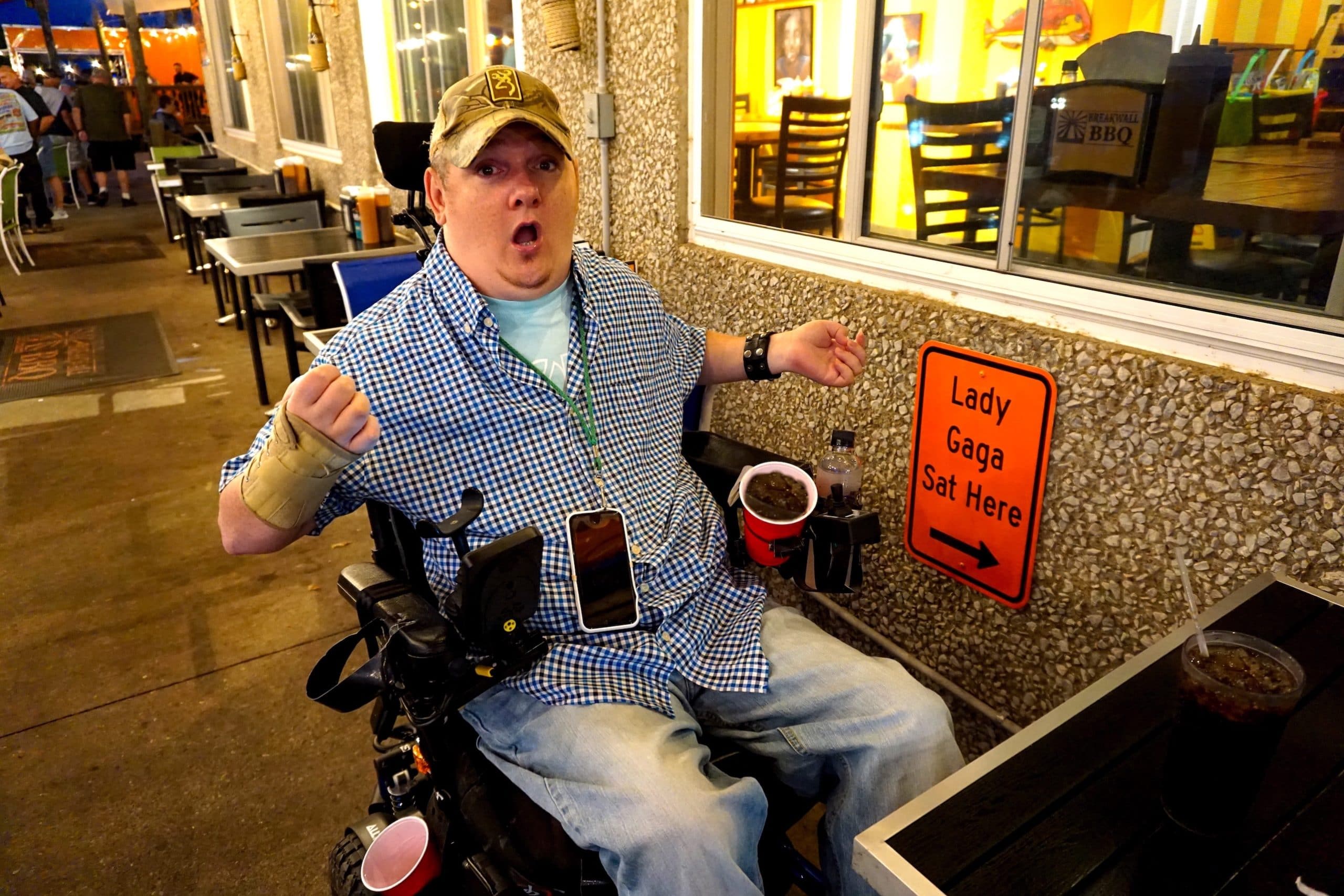 I also talk about how people often tell me I’m an inspiration. Some members of the disability community take offense to that, but I don't mind.

If someone is inspired or motivated by something I do or say, that's awesome.

That fulfills me and makes me feel good.

Interestingly, my videos showing how to transfer have some of the best viewership. People want to learn, and what do you do when you want to learn something new? You go to YouTube! My overall goal is to grow my channel and to build awareness of spinal cord injury to help the newly injured and their families as well as educate care attendants.

Editor’s Note: Tim’s videos can be found on his YouTube channel, This is Wheel Life.

Living in Northwest Pennsylvania, we get a ton of snow. During the winter, you get cabin fever. One year, I decided I wanted to plow snow so my elderly neighbors could get out of the house. I used a program on my computer to design a plow that attaches to my 4x4 wheelchair and bounced some ideas off my dad and brother. After we refined the design, they built it. My video of me using the plow caught the attention of The Huffington Post!

The summer after that, the plow got thrown away by accident when we were cleaning out the garage. A gentleman in my neighborhood graciously donated his tractor plow, and I created snow plow 2.0. I've been using that ever since. With the first version, the plow was stationary. For 2.0, we modified it so I can push the snow on an angle and the weight goes to one side or the other.

I don't like being cold, but I do enjoy plowing.

To keep warm, I cut the back out of a pair of snow pants, so I can just slide them over the top of my legs without getting out of my chair. I like to say I tim-provise in these situations. 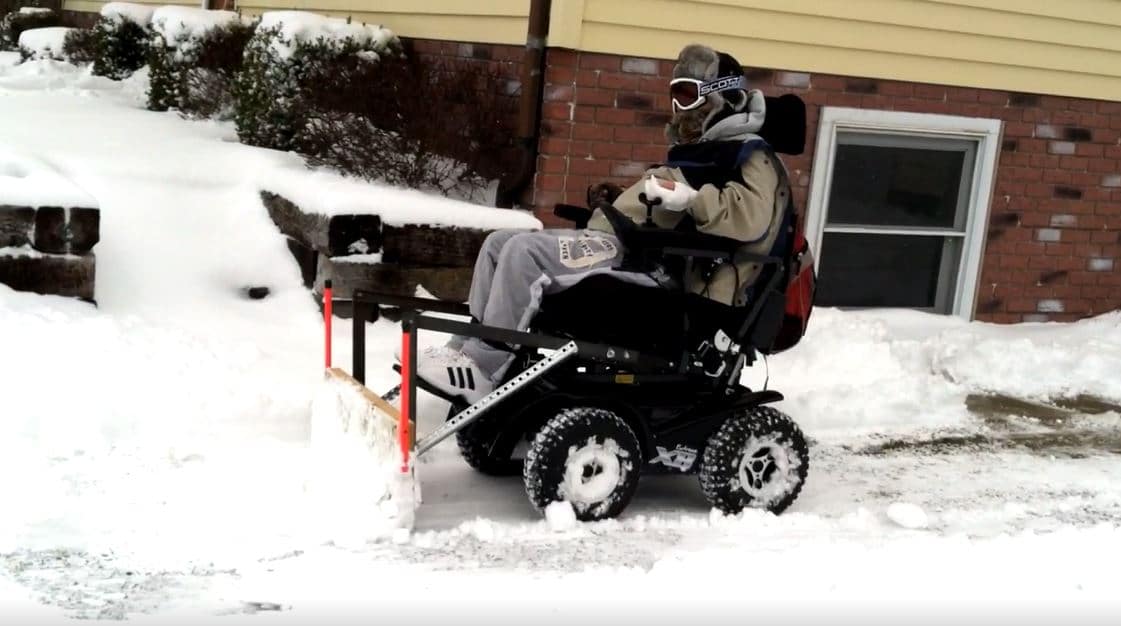 For years, I have been fighting kidney stones. I didn't even know that was a thing before I was injured.

Regular use of catheters and not being able to fully empty your bladder can cause stones.

When I first experienced this, doctors performed a cystolitholapaxy, a procedure where they go in and break up the stones. I had to wear a permanent catheter for a few weeks afterward to clear out all the fragments. I’ve also had problems with kidney stones and have had three lithotripsies to treat them. 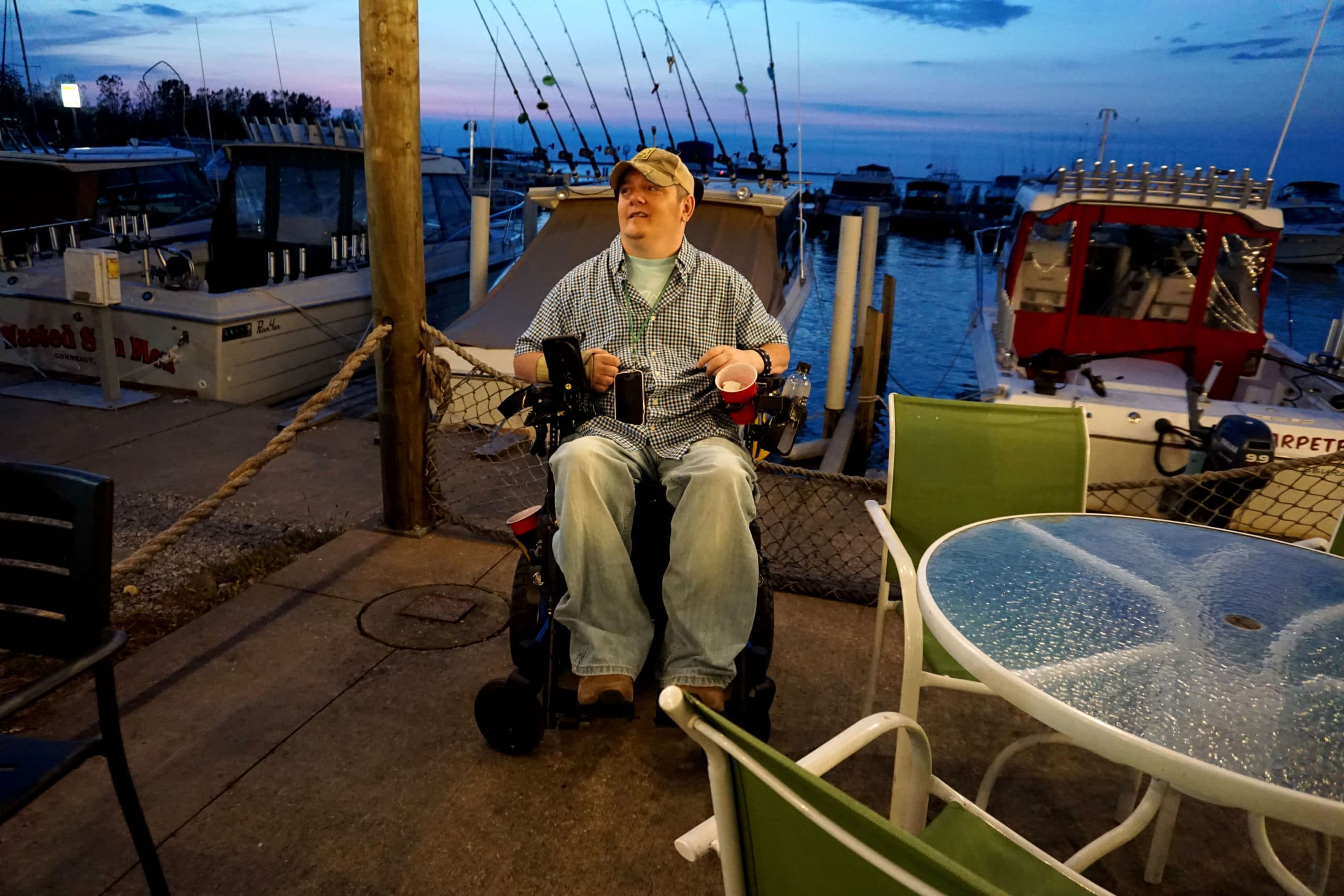 I would like to make a video about using a catheter, but nudity isn't acceptable on YouTube.

Proper bladder care isn’t talked about enough, and I've had to train many care attendants on the catheter style that I use.

They all learn something new!

I have been using the Coloplast Freedom Cath Male External Catheter for quite a few years now. I chose it over all others because it’s very durable and comfortable to wear in between my intermittent catheterization. I can rest assured that when I wake up in the morning, I will be dry. That’s an extremely important factor when it comes to external catheters. It’s necessary to stay dry to avoid skin breakdown. 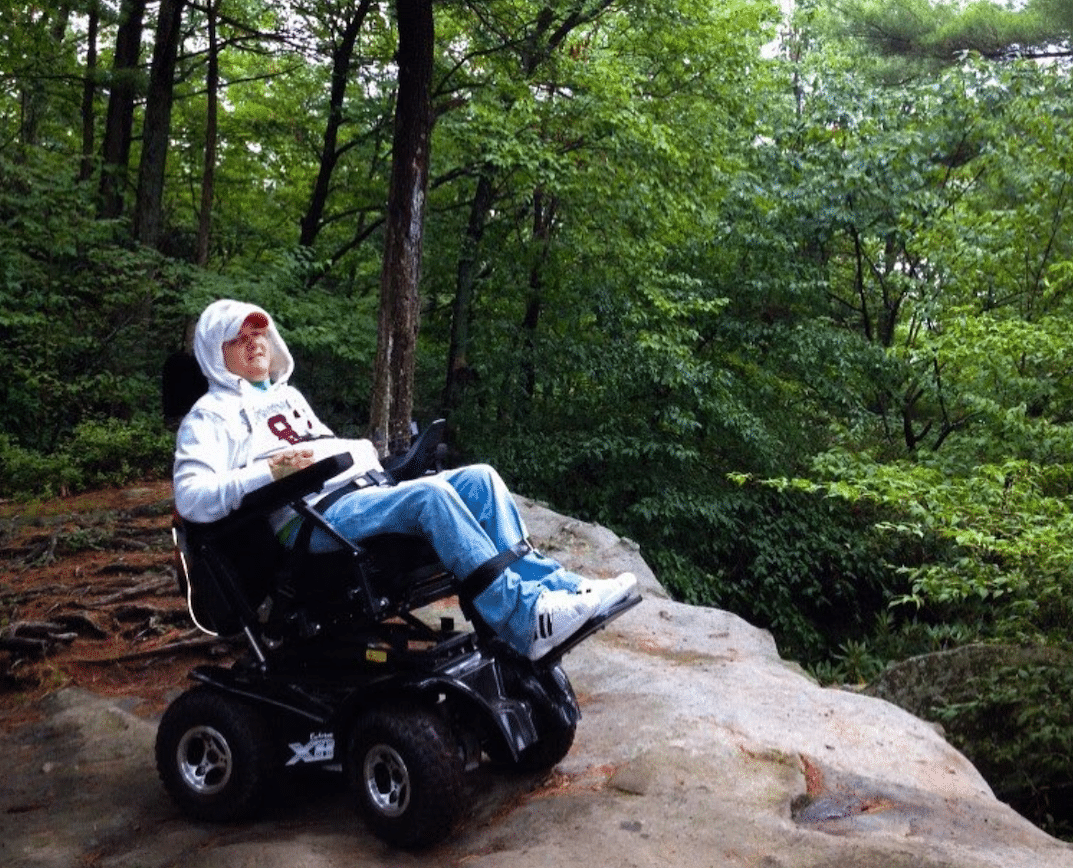 There's no other way to put it — being paralyzed sucks.

But don't give up. It does get better.

You have to push through the obstacles you face, and try not to get frustrated. If anyone has a personal question they need help with or are curious about, they can reach out to me via Facebook or Instagram.

Editor’s Note: All information contained in this article was extracted from an interview and email communication with Tim Taylor. It has been lightly edited.